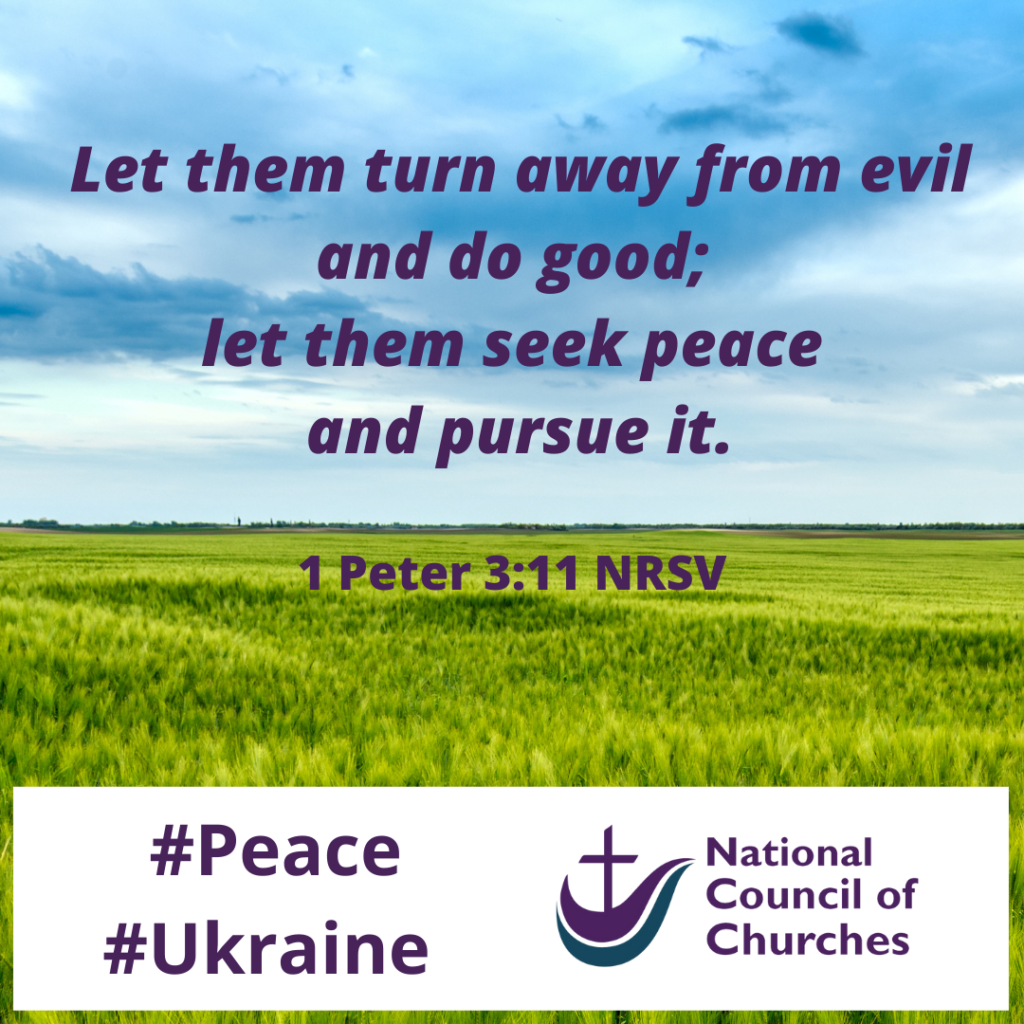 The National Council of the Churches of Christ in the USA (NCC) joins with the World Council of Churches in an urgent call for peace for the people of Ukraine. We fervently pray that a diplomatic solution will be accepted, and that Russia will remove the troops on three sides of the Ukraine without resorting to a destructive and deadly conflict. Every possible means must be attempted to prevent the escalation of this confrontation into an armed conflict and the devastating threat of nuclear retaliation that it could bring to all the people of the world.

As the NCC has long upheld peacemaking as one of its core principles, we implore the US government to work tirelessly toward a strong response that protects the people of the Ukraine from harm without resorting to war. We agree with the use of diplomatic tactics instead of warfare, including the Biden administration’s use of a novel export control focused on Russian industries, such as artificial intelligence, quantum computing, and civilian aerospace. We applaud President Biden’s efforts to diffuse the situation including his reassurance that the Ukraine will not be joining NATO in the near term. We support the US stance against the placement of nuclear weapons in Ukraine and encourage the enactment of a formal agreement prohibiting nuclear weapon placement by either NATO or Russia. Additionally, we call on the US to rejoin the Intermediate Nuclear Forces Treaty and for Russia to return to compliance of that treaty, which will prohibit intermediate- and shorter-range land-based missiles and allow inspections to ensure compliance.

At this crucial moment, we pray for the safety of all who live in Ukraine and join with the Ukrainian Orthodox Church of the USA, one of our member communions, in asking, “May God hear our loving petition and soften the hearts and minds of all, within and without Ukraine during these dangerous times.”