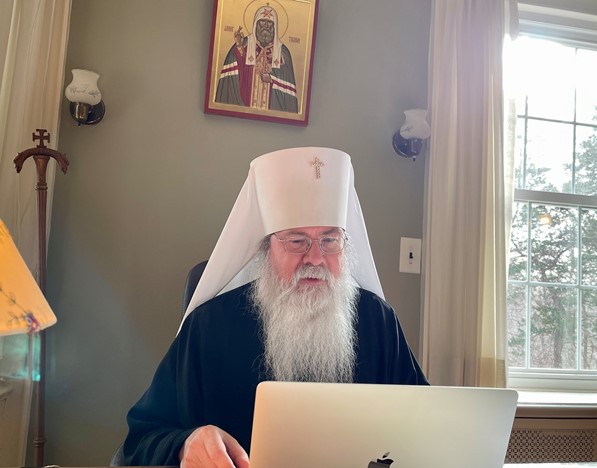 SYOSSET, NY [OCA]  The Holy Synod of Bishops of the Orthodox Church in America, meeting under the presidency of His Beatitude Metropolitan Tikhon, concluded its Fall 2021 Session on Wednesday and Thursday, December 15-16, 2021. The Fall Session opened in Cleveland, OH on October 21 immediately following the Joint Expanded Meeting with the Metropolitan Council. Due to the continuing pandemic, the meeting was held by video conference.

The Holy Synod reviewed candidates for the episcopacy, dealt with cases of clergy discipline, and heard the report from the Board of Theological Education.

A number of other reports were received including from Archpriest Thomas Soroka, Project Manager for the Departments; Archpriest Nicholas Solak, Office of Pastoral Life; and Deacon Peter Ilchuk, Council Manager.