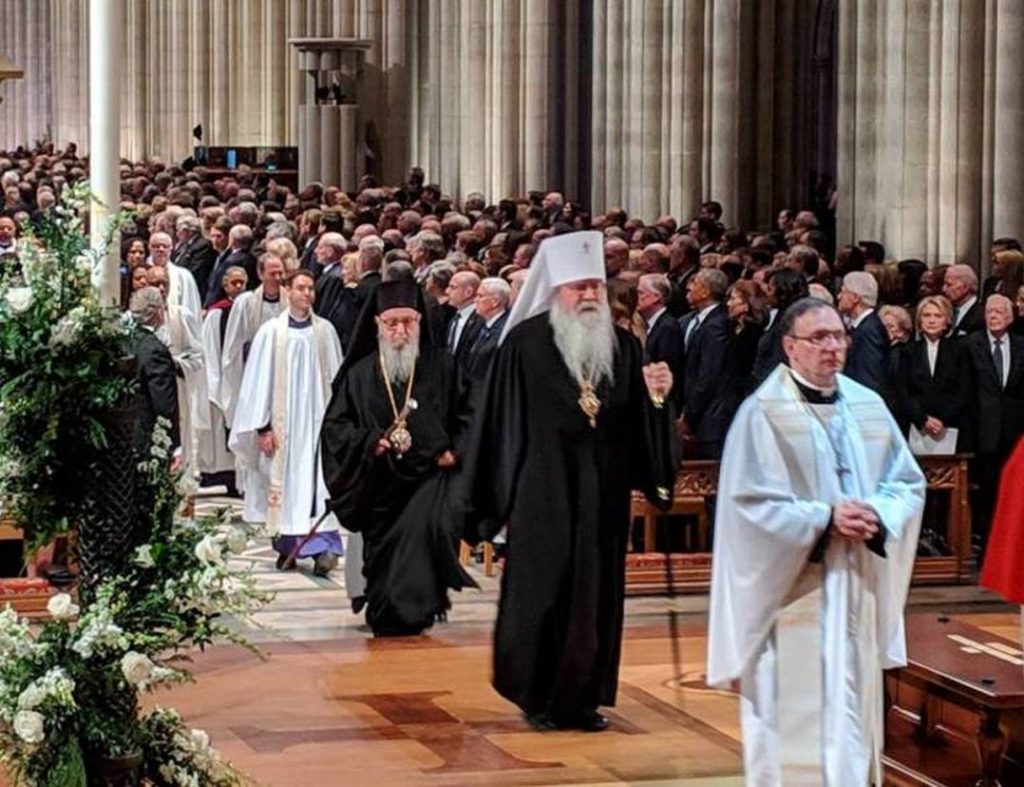 By day’s end the above photo from the funeral of President George H.W. Bush was making the rounds of Facebook and—predictably enough—drawing equal amounts of praise and condemnation from Orthodox Christians.

The former comes from those who find it only natural that the Orthodox Church should assume a visible presence in American public life; the latter, from those who lose no opportunity to condemn the “heresy” of ecumenism as a sell-out to the purity of the Orthodox faith, expressed especially in the canonical prohibition against “praying with heretics.” How dare Orthodox hierarchs attend a heterodox church service—even the funeral of a former US president?…