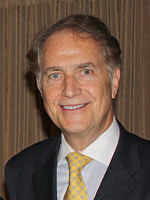 “As nightfall does not come all at once, neither does the loss of our Church. In both instances there is a twilight, and it is in such twilight that we all must be aware of change in the air – however slight – lest we become unwitting victims of the darkness.”

Disturbing data about our Church and our country led me to use this paraphrase of Supreme Court Justice William O. Douglas’ words at the Archdiocesan Council meeting in Boston on May 30.

When a child born today reaches his or her 30s, there will be only three marriages per year performed on average by each of our approximately 500 churches. This is the reality if our national Church’s decline in marriages from 2008 to 2011, 2 percent per year, continues. And it could be worse. If our church slips back to the 2003 to 2008 rate of a 5 percent decline per year, our average church would perform only one marriage in an entire year when today’s baby is in his or her 30s.

Interestingly, while the number of marriages per year in the Greek Orthodox Church in America has fallen since 1997 by 32 percent, baptisms have fallen by only 15 percent and Chrismations by only 6 percent. There is no doubt that the great increase in the number of couples forgoing marriage across America plays a role in our Church’s marriage decline. And, we are not alone. Virtually every other Church in America is having similar experiences.

However, it is high time that our parishes across the country start playing a more active role in combating this trend. This includes use of the excellent materials the Archdiocese, under the leadership of Archbishop Demetrios and layman Mike Jaharis, have prepared for the parishes to effectively combat this crisis of families. As well, I believe each parish should begin hosting congratulations parties for every parishioner who becomes engaged, particularly for those who are engaged to a non-Greek Orthodox. Unless the “outsider” finds people in our church of like mind and background and feels welcomed, he or she will be inclined to stay with “their own.”

I also shared with the Archdiocesan Council some equally disturbing facts about America that come from a new study initiated by the respected National Institutes of Health (NIH) in Washington. It pointed out that the world-leading America that has surrounded and nurtured our Church for decades is fast disappearing. It found that of the 17 highest income countries in the world, America now shockingly ranks worst in terms of infant mortality, living to the age of five, total longevity, earliest sexual activity, largest number of partners, highest rate of adolescent pregnancies, AIDs, fatherless homes, drug use, criminality, poverty, obesity and diabetes. If you are over the age of 45, you and your fellow Americans rank number one in educational attainment in the world. If you are between 25 and 45, you rank 7th, and if you are 17 years old, you rank 11th. We are falling fast.

The America of 1950, which possessed 70 percent of all the motor vehicles that existed in the world, and led the world in every measurable indice may now be gone. And, this de-enlightening of America plays a huge role in very disturbing trends within our Church.

For one, I refuse to sit back and watch our country decline. In Washington, I am working with the NIH and the Brookings Institution to reverse America’s fall, which is driven to a large degree by poverty.

Brookings, a left-leaning think tank, recently concluded that Americans of any background have only a 2 percent chance of poverty and a 77 percent chance of making at least a family income of $55,000 if they simply do three things. First, graduate from high school. Second, get a full time job. Third, don’t have a baby until you are 21 years old and married.

Further, a project in Arkansas that I work on with former President Bill Clinton and David Leopoulos has shown amazing results in all the schools that have implemented it. And former Sen. Paul Sarbanes’ son Michael is involved with an effort in Baltimore city schools, which cut their dropout rate by 60 percent. America’s decline is reversible, and we as a nation can turn this problem around.

Let this data be a wakeup call for us as Greek Orthodox and as Americans. It is not in our Hellenic value system to just shrug and accept our worsening plight. Thank God, we never have, and we never will. Let’s get to work.

Andrew Manatos is an Archdiocesan Council Member, regional commander of the Order of St. Andrew and a Medal of St. Paul recipient.