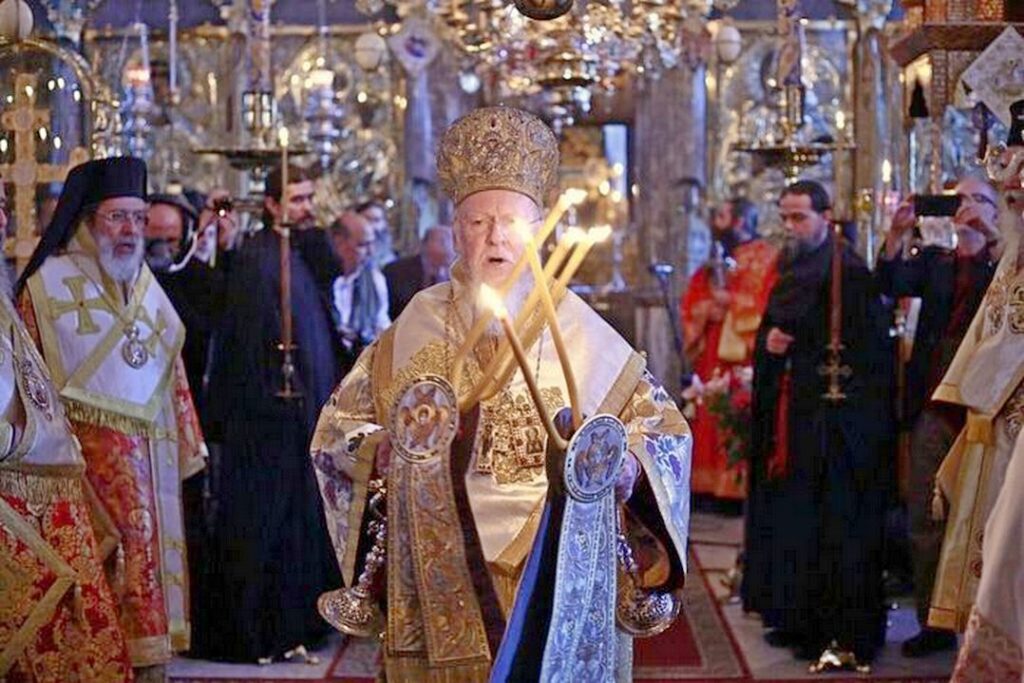 Mt. Athos, November 27, 2019 – On November 12, Patriarch Bartholomew participated in the Vespers service at the Catholic Abbey of Our Lady of St. Rémy in Rochefort, Belgium, together with Archimandrite Alexios, the abbot of Xenophontos Monastery, and Hieromonk Theophilos of Pantocrator Monastery, both on Mt. Athos.

According to a new report from the Union of Orthodox Journalists, during his trip to Mt. Athos the previous month, Pat. Bartholomew attempted to convince several Athonite abbots and monks that there are no dogmatic differences between Orthodoxy and Catholicism, and that reunion with the Catholic church is inevitable.

Pat. Bartholomew expressed his personal convictions during a private talk at Pantocrator Monastery with the brethren and guests of the monastery, including other Athonite abbots. Eyewitnesses report that Pat. Bartholomew’s security did not allow anyone to record the conversation.

In his opinion, the division that now exists between Orthodoxy and Catholicism is merely a matter of historical events, not dogmatic differences.

Catholics “are just as Christian as we are,” Pat. Bartholomew emphasized, adding that the recent gift of the relics of St. Peter from Pope Francis is proof of the Catholic church’s nearness to Orthodoxy.

Most of the brethren were at a loss, hearing Pat. Bartholomew’s ecumenistic arguments, though none present objected. Some of those present reportedly began to weep when Pat. Bartholomew said that reunion with the Catholic church is inevitable.

At a recent meeting in Constantinople with representatives of Tbilisi University, Pat. Bartholomew said that dialogue with other Christians, especially Catholics, is one of the priorities of the Patriarchate of Constantinople.