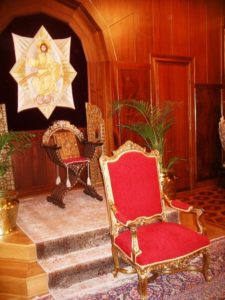 The Patriarchate of Constantinople has recently been shaken by scandals. First, Metropolitan Emmanuel of France got accused of pederasty, then Metropolitan Elpidophoros of Bursa was appointed Archbishop of the Greek American Archdiocese (GOA) bypassing the opinion of American hierarchs, which caused sharp criticism among US clergy and laity. Now, the whole Orthodox world is watching in confusion, conflict in Bartholomew’s new-born organization – the Orthodox Church of Ukraine (OCU), whose leaders (“Honorary Patriarch” Filaret and “formal” Primate Epiphanius) are pushing the new autocephalous Church into a schism, the first in its short history.

Many troubles which Constantinople has already faced and will face are the results of Patriarch Bartholomew’s thoughtless and spontaneous steps made amid ignoring any suggestion to discuss them. Constantinople is becoming more and more authoritarian and is forming a top-down command structure in its relations with the other Local Churches that envisages the Patriarch of Constantinople being “first without equals”.

It seems Bartholomew has completely lost himself in the concept of “Eastern Papistry” promoted by such pro-Phanarion theologians such as John Zizioulas, Elpidophoros Lambriniadis and the author of the ‘Ukrainian Tomos’ Vlasios Pheidas. For this concept, the interpretations of the Holy Canons are deliberately mutilated. Hierarchs of Constantinople assert that the Ecumenical Patriarch has a universal status and refer to such a term as eccliton (ἔκκλητον) i.e. it is he, as the second Pope, who can hear appeals of the other autocephalous Churches, since he is allegedly not the first among equals (primus inter pares) but first without equals (primus sine paribus).

The concept of “Ecumenicity” emphasized by the Phanar is far from reality. In Antiquity, the word “ecumene” (οἰκουμένη), which means “the inhabited [earth]”, was used as a term for the areas of the Greek civilization as compared to the lands of barbarians. The Romans used it in a political context as the synonym of the Roman Empire. The adjective “Ecumenical” in the title of the Patriarch of Constantinople does not refer to his worldwide jurisdiction, and this is the official point of view of the Orthodox Canonical Tradition. So, it’s no more than a reminder of the New Rome’s ancient status as the capital of a once-thriving political “ecumene” – the Eastern Roman, or Byzantine Empire.

In the Tomos for the Orthodox Church of Ukraine, ‘Phanarian’ theologians ignored the commonly accepted interpretations and placed the Ecumenical Patriarchate above the OCU. The authors refer to Canons 9 and 16 of the Council of Chalcedon in accordance with which all hierarchs and clergymen have the right to appeal to the Ecumenical Patriarchate; but in fact, this is only relevant to Constantinople’s clergy. Besides, the servants of the new “Pope” assigned him the right to grant autocephalies across the world without any coordination or consultation with other Local Churches.

The Phanar is trying to highlight its so-called exclusive status by all means. The Tomos for the OCU is another step to the status of the “Eastern Pope”. It secures the Ecumenical Patriarchate’s privileged role in the Orthodox world, and that’s why Constantinople is eager to get the Orthodox Church of Ukraine recognized. If it happens, the Phanar will undoubtedly take other, more violent steps to absolute power.

However, despite all efforts of Constantinople, it can hardly succeed. As Serbian Patriarch Irenej has claimed, the Serbian Church will stick to the Canons, and neither the Church of Serbia nor other Churches will ever recognize the “Orthodox Pope”. The Phanar is opposed by the Churches of Antioch, Albania, Poland, Serbia, and of the Czech Lands and Slovakia. Despite the pressure, the Greek Orthodox Church has not recognized the OCU. No matter how desperately theologians like Vlasias Pheidas (contradicting their early works by the way) or hierarchs like Metropolitan Hierotheos of Nafpaktos are trying to convince the Orthodox Churches in Bartholomew’s “chosenness” and the righteousness of his actions, the world will always follow the principle expressed by St. Nicodemus the Hagiorite: “Only Christ is Ecumenical”.