[ditty_news_ticker id="27897"] Readers: Orthodox Should Not Unite with all Churches - Orthodox Christian Laity 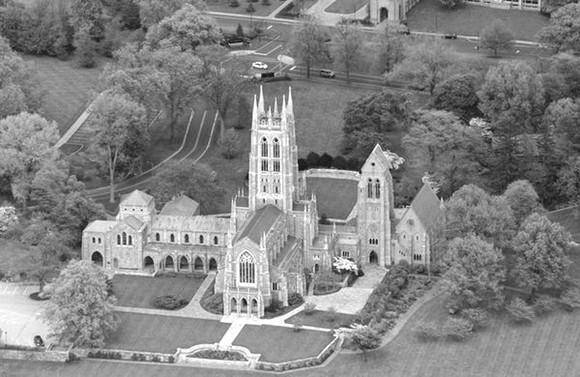 The Bryn Athyn Cathedral in Bryn Athyn, PA, the headquarters of the Church of the New Jerusalem, a Christian denomination that follows Emanuel Swedenborg’s teachings. Swedenborgians believe that Hell is a place locked from the inside, meaning that its inhabitants are there by choice. Are such denominations helpful or harmful to advancing our collective Christian IQ?

In our September 30 edition we unveiled our new “Question of the Week” format, which the readers, given the number of total votes, received favorably. The question was whether the Greek Orthodox Church should remain independent, combine only with the Catholic Church, or whether all Christian churches ought to unite. In last week’s issue (Oct. 5), we published the results: 52% (slightly more than half) believed the Orthodox should not unite with any other Christian counterpart, 20% thought they should unite only with the Catholics, and 28% thought all Christian churches should join together and become one. It is a complex question, indeed, and there is a plausible case to be made for any of the answer choices.

At first glance, it is tempting to strive for the unity of all Christian denominations, in order to form one Christian Church – after all, that’s how it used to be before egos, schisms, and reformations got in the way. A more careful analysis, however, might reveal some problems with that choice. What would the final product be, once the countless denominations agree to come to the table and become one? Would the priests (or would they be ministers, or pastors?) have long beards like the Orthodox, remain celibate like the Catholics, and believe that physical matter – such as the newspaper you are holding or the computer screen you are reading – doesn’t really exist, as do the Christian Scientists? What about church traditions? Would they be important, or would everything simply boil down to the Bible? Would there be a liturgy, and, if so, would the faithful receive the body and blood of Christ actually, or just symbolically?

Is faith in Christ all that is required to get into Heaven, as many Protestant denominations believe, or do good works matter, too? Or, as Christian Universalists maintain, does everyone ultimately get to Heaven?

And what would a modern-day unified Christian Church have to say about Hell? Shall it be a place of literal fire and brimstone, or just a state of mind? Or, is it locked from the inside, as Swedenborgians contend, meaning that its inhabitants are all there by choice?

Sure, if we could all say: “all other Christian denominations need to follow mine, because mine is the best one,” and that actually happened, then life would be peaches and cream. Or would it? What if we were wrong?

What if God will speak to us at some point and tell us how we strayed from what He would have wanted us to do – sort of like a teacher going over the answers on the test that we got wrong? Wouldn’t we have a better chance of evolving theologically if there continued to be a dynamic among multiple denominations that raised our collective Christian IQ?

As to the majority of the readers’ answer to our Question of the Week, then, to use a legal term, I concur. Essentially, that means I agree with the result, if not the reasoning. I think that many, if not most, of those who think that Orthodoxy should not unite with any other denomination feel that way because they believe that Orthodoxy is more correct than any of the others, and if it were to give up any of its practices, traditions, and beliefs, it would become a diluted, inferior version of itself. If that is in fact the reasoning behind that vote, I am not sure that I agree.

Like most of you, I was baptized Greek Orthodox when I was a baby and had no say in the matter. That I have remained Greek Orthodox, however, is not out of laziness or apathy. Rather, it is because I have yet to find, and might never find, another denomination worth changing for, i.e., a superior one.

On the other hand, I have visited the churches and studied the writings of numerous other Christian denominations, and there are bits and pieces from several of them that I wish the Orthodox Church would adopt. And that is precisely why the Christian denominations are probably better off divided. Not because of “my religion is better than yours” pettiness, but because, truly, we can all learn from one another.