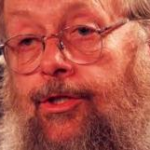 WINNIPEG — A high-ranking former orthodox archbishop, who has pleaded not guilty, must wait until the new year to learn if he’ll go to trial on historical Manitoba sex abuse charges.

Seraphim Storheim appeared in a Winnipeg courtroom this week for the start of his preliminary hearing to determine whether there is sufficient evidence for the case to proceed. A court-ordered ban prevents specific details from being published.

Defence lawyer Jeff Gindin told the Winnipeg Free Press the evidence was presented on Thursday and Friday but the case has now adjourned until Jan. 18 for lawyers to make final arguments. The judge will then render his decision.

Storheim is accused of abusing two teenage boys while he was a priest in Winnipeg 30 years ago. He remains free on bail with several conditions, including having no contact with children.

Storheim was the highest-ranking Canadian cleric in the Orthodox Church in America until church officials suspended him last November, days after Winnipeg police laid charges against him following a lengthy investigation into allegations which only recently emerged.

None of the charges has been proven and he is presumed innocent.

A U.S.-based victims group spoke out following Storheim’s arrest, angry that a parish was using a church website to raise defence funds for Storheim. A Vancouver parish of the Russian Orthodox Church in America posted three messages of support for Storheim, including one with an address in Edmonton to send funds for his defence.

Last December, the Orthodox Church distanced itself from the Vancouver parish with a statement that said in part: “The Archdiocese of Canada for the Orthodox Church in America is not in any way associated with any legal fund or other defensive effort being set up to aid Archbishop Seraphim.”