[ditty_news_ticker id="27897"] Statement of the Council of Bishops of the UOC of the USA: Pray for Ukraine! - Orthodox Christian Laity

GOD IS WITH US! CHRIST IS AMONGST US! HE IS AND ALWAYS SHALL BE! 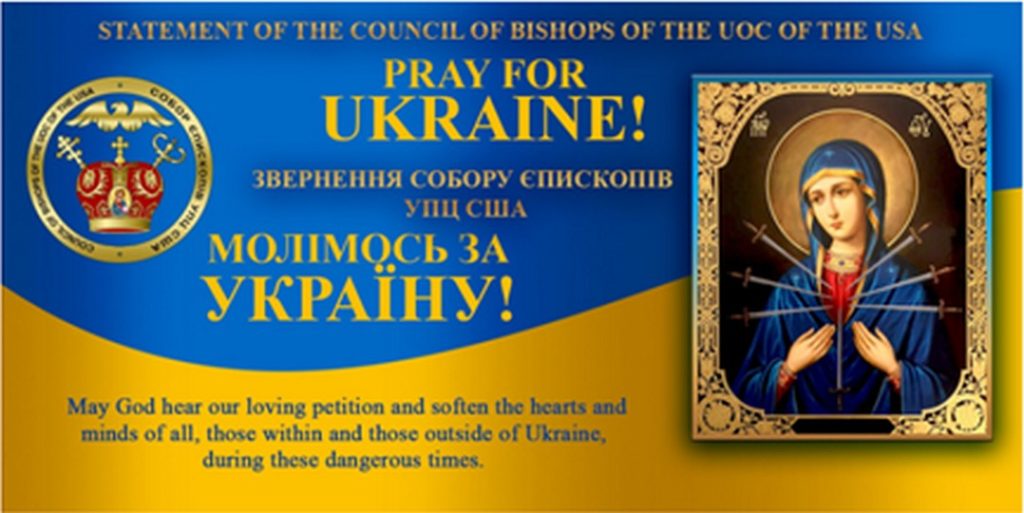 These ancient Christian greetings are so necessary for us all to embrace in hope and love, with a sense of deep concern and an unfathomable desire for peace, as the world watches the news reports from Ukraine and around the world concerning yet another threat from Russian leadership.

The scare and intimidation tactics with the presence of the armed vehicles and over a hundred thousand of soldiers around the borders of Ukraine combined with systematic cyber attacks at all levels of life in Ukraine can only be interpreted as terroristic threats that target innocent lives of Ukrainian citizens.  They seem to be instigated by an extremely low sense of self-esteem among the leadership of what has become the aggressor nation of modern times – which creates a very dangerous set of circumstances.

Ukraine – the geographic reality – with its own sovereign borders has always been coveted by neighbors from anywhere beyond those borders because of the expanse of her natural resources, especially the incredibly rich black soil, which earned her the name “the Breadbasket of Europe”, which produced the abundance of wheat that was shared with the world. It was and is this land that so many other countries have attempted to annex, dominate, subordinate and benefit from not only in modern history, but throughout the early Kyivan-Rus’ history.

It is no secret that Russia, under the guise of the “Soviet Union” wanted not only the rich natural resources, but just as importantly, a buffer zone between itself and the rest of the Western world. Further, Ukraine, as a blossoming democracy inspires surrounding nations. Therein lies the key to comprehending modern Russian and other earlier invasions.  In seeking to control the land, the resources and the political system, hardly a thought has ever been given to the real people who live in that land.  These people are the “nation” of Ukraine, and that nation possesses a self-identity that is impossible to annihilate.

Through centuries of invasions the “nation” was unimportant to the invaders.  Thus, the “nation” bore the loss of millions and millions of victims to genocide, most atrociously under the former Soviet Union and its Holodomor.  Throughout all this history of terror, the self-identity of the “nation” survived – in the hearts, minds and souls of the people. It is with the people that we are desperately concerned as we write these words.  It is for the them, our brothers and sisters, that we ask you to join is in prayer

We must beseech God in the Holy Trinity to protect her people from the horrors that far too many of their ancestors knew and perished from.  We direct all our clergy to offer the following prayer during the Litany of Fervent Supplication of each Divine Liturgy.  Further, we ask you all to make this prayer part of your daily prayers in your home chapels.  May God hear our loving petition and soften the hearts and minds of all, within and without Ukraine during these dangerous times. 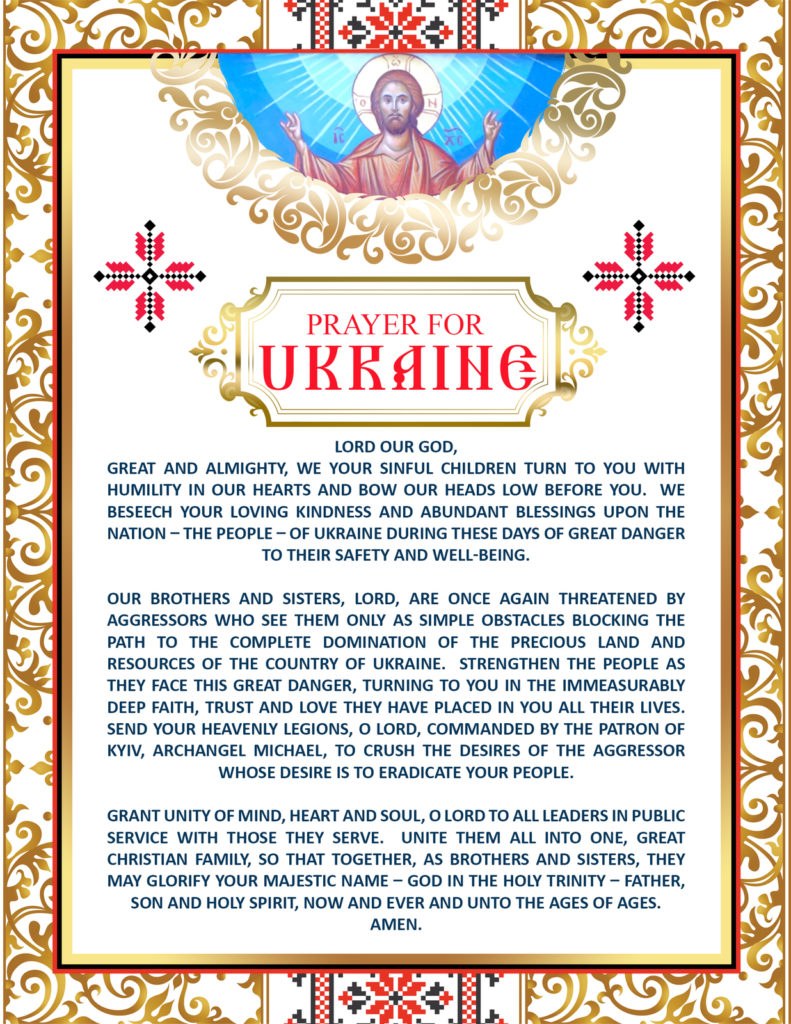