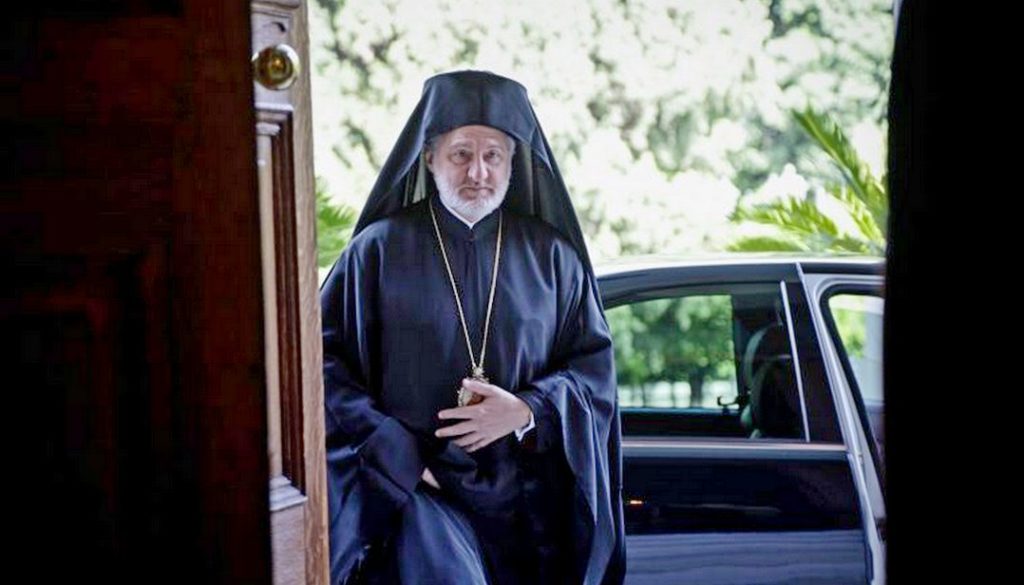 His All Holiness Ecumenical Patriarch Bartholomew and the Holy Synod expressed eloquently and courageously the language of their historic responsibilities with the election to the Archbishopric Throne of America of then-Metropolitan Elpidophoros of Bursa, putting an end to the drama of our Church in America.

They ignored the last minute intrigues and delaying tactics by theologically and ecclesiologically illiterate individuals who are trapped in legalisms and regulations. Undoubtedly, they are ignorant of the fact that the constitutions and the regulations are granted by the Ecumenical Patriarchate, because it is Supreme – the Originating Authority or the Conferring Authority. This means that the Patriarch and the Holy Synod of the Phanar have the unassailable right and privilege to suspend their validity or even to revoke or abolish them altogether at any given moment, because the Archdiocese of America is an Ecclesiastical Eparchy of the Ecumenical Throne. As such, it has direct ecclesiological and canonical dependence upon the Ecumenical Patriarchate from which it derives its ecclesiastical substance.

The same thing applies even to the Autonomous statutes and also to the Autocephaly that has been granted by the Ecumenical Patriarchate after the establishment of the Pentarchy but have not been validated by Ecumenical Councils, including the autocephaly of the Patriarchate of Moscow, which the latter obtained through ‘blackmailing’ tactics, and also the autocephaly of Greece, which was gained through an ecclesiastical ‘coup’ in the conspiracy of Theoklitos Farmakidis and his group of intriguers.

It seems to me that the basic reason, in our case, that Ecumenical Patriarchate granted the Archdiocese of America its Charter and the Uniform Parish Regulations was to prevent or resolve the internal disputes and conflicts that occur basically due to “ignorance” that exists about the Church and our ecclesial life. That is the basis for continually stressing in my articles, that someday we must begin to distinguish between what the Church is from what the Church is not. It is indispensable to develop our ecclesiastical consciousness, because we are becoming a sect of tottering religiosity with a cover of Orthodoxology.

One more thing: In essence, the Archbishop of the Church of America is the Ecumenical Patriarch, and that is why when the hierarchs liturgize, they commemorate him in the first “Lord remember” of the Divine Liturgy, manifesting the charismatic and canonical Apostolic succession. Because the Patriarch has “the care of all the Churches” but cannot simultaneously be in the archdioceses of Constantinople, America, or Australia, or in the Metropolises of Germany or France, he recommends to the Holy Synod the election of shepherds for the local Churches who preside in his name. We are talking here about a Canonical, Ecclesiological, Eucharistic and Apostolic relation, reference, and assignment, just to use more simple and understandable terms.

The tragicomedy in this whole issue is that hierarchs with lofty titles here and elsewhere appeared to ignore the above basic elements of ecclesiology. That is why they were recommending to Patriarch Bartholomew that he delay the election of the Archbishop of America. I am not even discussing the small-minded communique sent by the so-called Archdiocesan Council from its Florida meeting.

Of course, Patriarch Bartholomew, who knows very well the persons and situations here at the Phanar and elsewhere, proceeded with the election of Archbishop Elpidophoros, and our Church has already begun its entry into a new course and prospect.