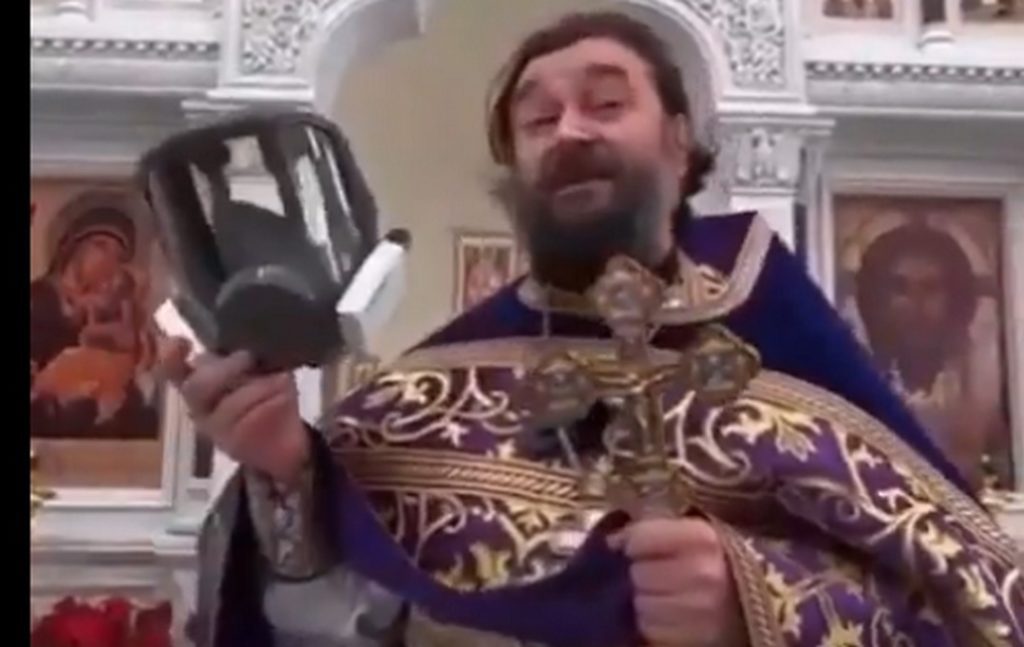 The pandemic now ravaging the Orthodox Church is not only COVID-19 but also fundamentalism. Fundamentalism is a sort of populism for the church. It is based on post-truth and conspiracy theories. Although it pretends to be pietistic, it is quite secular and secularizing. I would apply to fundamentalism the phrase once coined by Dietrich Bonhoeffer, “cheap grace.” Fundamentalism is a cheap spirituality and a cheap substitute for genuine ecclesial existence.

The circumstances of the COVID 19 epidemic demonstrate that fundamentalism not only corrupts minds and muddies faith, but can also kill bodies. It is time to treat it as a virus–one which can be more dangerous than SARS-CoV-2.

Fundamentalism is like dry grass through which the coronavirus is spreading in the Churches like wildfire. As a result, the hotbeds of fundamentalism have turned into the hotspots of the deadly disease. This can be observed not only in the Orthodox Church, but also in other religions and confessions. However, the Orthodox Church features some specific forms of corona-fundamentalism, which I will explore in what follows.

The alarm sounded when many or most of the monks and nuns in conservative monastic communities in Ukraine, Russia, and Belarus tested positive for COVID-19; many were hospitalized, and some died. Such monasteries as the Caves and St Iona in Kyiv, St Sergius near Moscow, Diveevo near Nizhny Novgorod in Russia, St Elizabeth in Belarus (and others) became hotspots of the epidemic. Some of them, such as the Lavra of Pochaiv in western Ukraine, caused entire towns to be locked down as pilgrims who had visited the monasteries spread the virus further. Outbreaks of the disease in the monasteries do not mean that all monks and nuns there are fundamentalists. Many of them are good Christians who care about others and whose spirituality cannot be called cheap. Nevertheless, they become infected from their less wise brothers and sisters. Tragically, quite a few seminarians were forced to stay in those monasteries to help with singing and hierarchal services, and now they are ill. They fell victim to unhealthy ideas of fundamentalists and to the carelessness of the seminaries’ leaders.

It is not a secret that fundamentalism, a minor movement in global Orthodoxy, has been gradually gaining ground in the majority of the local Churches in recent years. It’s presence, for example, became a reason or an excuse for some Churches not to show up at the Panorthodox Council in Crete in 2016. Some churches —  the Ecumenical Patriarchate, for instance — try to resist it. Some gradually yield to it. And some, such as the Russian Orthodox Church, venture to use it for their own purposes.

The Church leadership in Moscow is far from being fundamentalist. However, it early realized the promising potential of using fundamentalism to mobilize both individuals and the masses for its causes. For instance, after the death of Metropolitan Volodymyr of Kyiv, the new Metropolitan Onufry clearly demonstrated signs of fundamentalism. Moscow used his sincere fundamentalist sympathies to tie him closer to Moscow and made him a battering ram against initiatives of other Churches. He was one of the most outspoken hierarchs of the Russian Church against the Panorthodox Council. The leadership of the Moscow Patriarchate, in cooperation with the Kremlin, utilized fundamentalism to mobilize mass support for the Russian military campaigns against Ukraine. Some ideologists of Russian aggression and many Russian fighters in Ukraine are typical religious fundamentalists. After the Ecumenical Patriarchate granted autocephaly to the Orthodox Church of Ukraine, fundamentalism became the last resort of resistance to this autocephaly. When other arguments against the autocephaly, both theological and canonical, did not work, only artificially cultivated fundamentalism could prevent people from switching from Moscow Patriarchate to the independent jurisdiction in Ukraine. Fundamentalism was a sort of virus which Moscow kept in a test tube and released when useful to attack others or defend itself.

With the COVID-19 pandemic, this virus escaped the test tube and backfired at those who had cultivated it. Nowdays, the Orthodox fundamentalists in Russia accuse the Patriarch and those bishops who issue reasonable warnings for people to be cautious of betraying their faith. Many fundamentalists believe in conspiracy theories. At first they claimed that the US government or the assumed “global government” or both, in collaboration with the Ecumenical Patriarchate, attacked Russian Orthodox civilization and promoted Ukrainian autocephaly with no other goal in mind than undermining this civilization. Now they believe that the same players launched the virus attack against Russia to keep its churches closed down. They laughed at the Ecumenical Patriarchate for its early measures to protect the faithful against the coronavirus which had just begun to spread. I read a Facebook post by a bishop from the Ukrainian Orthodox Church of the Moscow Patriarchate, who mocked Constantinople for that very reason. He was soon hospitalized with COVID-19 himself.

I am sure a similar situation exists in many other Orthodox churches who now have to pay for their flirtations with fundamentalism in the past. Now is the time to stop that flirtation. We have seen that fundamentalism kills, literally. It is time to unite the efforts to contain not only the coronavirus, but also the virus of fundamentalism. 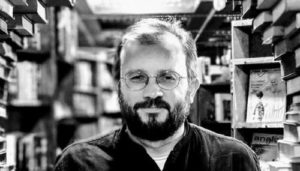 The Very Reverend Dr. Cyril Hovorun is Expert and Contributor at Encyclopedia Britannica, Associate Dean of St. Ignatios Theological Academy (Sweden), Director of Research at the Institute of Theological Studies at the National University of Kyiv-Mohyla Academy (Ukraine), and Acting Director of the Huffington Ecumenical Institute at Loyola Marymount University (USA). From 2007 to 2009, he chaired the Department of External Relations of the Ukrainian Orthodox Church. From 2009 to 2011, he was the first Deputy Chairman of the Educational Committee of the Russian Orthodox Church.