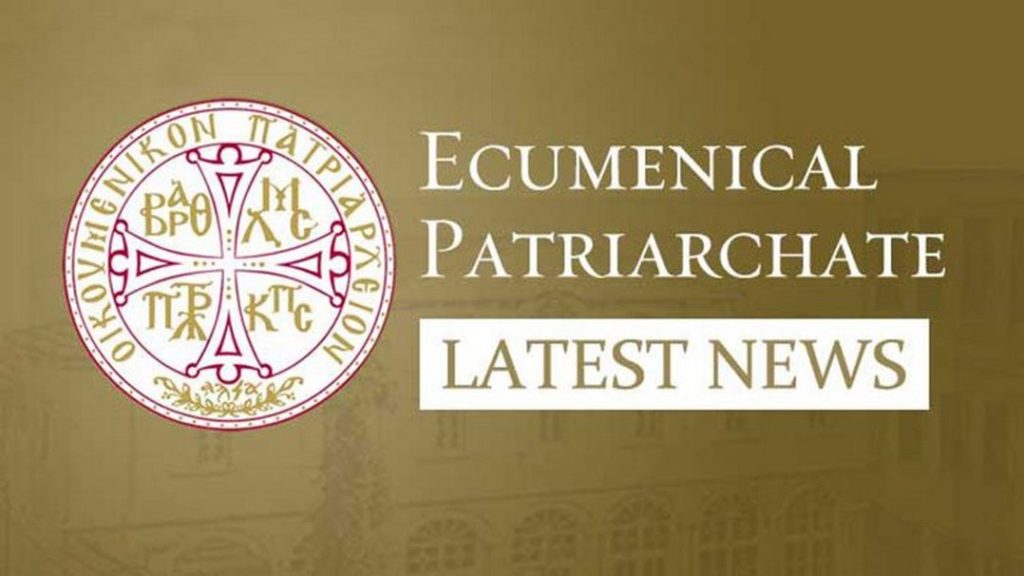 The official visit will begin in Washington, DC and is expected to include meetings, luncheons, and official dinners with the President of the United States, Joe Biden, Speaker of the House Nancy Pelosi, Secretary of State Antony Blinken, Ambassador of Greece to the United States Alexandra Papadopoulou, and Turkish Ambassador to the United States Hasan Murat Mercan.  Events scheduled in Washington, DC include a Pan-Orthodox Patriarchal Chorostasia at Saint Sophia Cathedral; followed by the inaugural induction of the Senators for Orthodoxy and Hellenism; a Luncheon with the Hierarchs; a Dinner Tribute by the Order of AHEPA; the Blessing of the Permanent Exhibition of Orthodox Christian Cultural Heritage at the Museum of the Bible, and an Ecumenical Reception on Capitol Hill by the National Council of Churches.

On October 27, the official delegation will arrive at Pittsburgh International Airport for an official welcome and then visit Evgenia’s House of Hope in Weirton, WV.  Following will be a Doxology at the Church of All Saints in Weirton and a luncheon hosted by the Psaros family with local clergy and lay leaders.

Later that same day, the visit will continue at South Bend International Airport in South Bend, IN, with an Official Welcome and dinner with Archon Merkourios and Libby Angeliades.

On Friday, October 29, the Official Delegation will travel to New York City, where Ecumenical Patriarch Bartholomew will address the Archdiocesan Council, National Philoptochos Board, and the Order of St. Andrew National Council. The Nicholas J. Bouras Award and Ecumenical Patriarch Bartholomew Foundation Dinner for Founders will be held in the evening, where an award will be presented to Former Secretary of State Mike Pompeo.

The following day, Saturday, October 30, the Official Delegation will meet with clergy and presvyteres of the Archdiocese and students of Holy Cross School of Theology at the Chiotes Family Hall of Archdiocesan Cathedral of the Holy Trinity.  In the evening, the Delegation will attend the Patriarch Athenagoras Human Rights Award Banquet honoring Dr. Albert Bourla, Dr. Ugur Sahin & Dr. George Yancopoulos at the Grand Ballroom, New York Hilton Hotel with toast master, former Secretary of Health and Human Services, the Honorable Alex Azar.

On Sunday, October 31, the Patriarchal Divine Liturgy with Archbishop Elpidophoros and members of the Holy Eparchial Synod of the Archdiocese will be celebrated at the Archdiocesan Cathedral of the Holy Trinity, followed by the Investiture of the 2020/2021 Archon Classes of the Order of Saint Andrew by His All-Holiness

Later in the evening, His All-Holiness will be hosted for dinner by the faithful spiritual children and compatriots of Constantinople, Imvros, and Tenedos in the United States.

On Monday, November 1, the American Jewish Committee will present the highest award to His All-Holiness for interreligious relations and advancing Orthodox-Jewish relations.  Following, the Ecumenical Patriarch will offer an Agiasmos and blessing of Archdiocesan Staff in the Chapel of St. Paul, followed by a lunch hosted by His Eminence Archbishop Elpidophoros for Religious Leaders of New York and a dinner at the Antiochian Archdiocese hosted by Metropolitan Joseph in honor of His All-Holiness.

On Tuesday, November 2, His All-Holiness will preside at the Thyranixia (Opening of the Doors Ceremony) at St. Nicholas Greek Orthodox Church and National Shrine. Later, His All-Holiness will receive a presentation from the IJCIC at the New York Hilton.  To end the day, His Eminence Archbishop Elpidophoros will host a dinner to celebrate the 30-year Anniversary of the Enthronement of His All-Holiness at the Loeb Boat House in Central Park.

The Official visit will conclude on Wednesday, November 3 with breakfast and a meeting with the Holy Eparchial Synod at the headquarters of the Greek Orthodox Archdiocese of America and a Farewell send-off at Teterboro Airport in New Jersey.