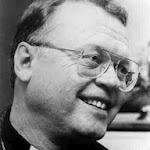 I. Saint Paul the Apostle

Paul was born in the Greek city of Tarsus.  His parents gave him the Hebrew name Saul, in honor of King Saul.  Paul studied under the guidance of leading teachers and received a superb education.

Paul became the most influential voice in the history of the church, except for Jesus.  The miraculous conversion of Paul on the road to Damascus convinced him that the crucified Galilean was indeed the Messiah and son of God.  He preached that the message of the Messiah was not only for Jews, but also for Gentiles.  The followers of Christ were first called Christians at Antioch (Acts 11:27).

Later Paul began a new enterprise.  He began to write letters.  Paul was to write a total of 13 letters (13 books of the Bible), or 14 books if Hebrews is accredited to Paul.  As the Apostle to the Gentiles, he left a permanent stamp on Christianity by transforming it from a movement confined to Judaism to a faith for all nations.

During the height of his ministry, Paul was arrested.  While awaiting trial, Paul undauntedly stated, “…the time of my departure has come.  I have fought the good fight, I have finished the race, I have kept the faith”  (II Tim. 4:6-7).

Father Peter Gillquist grew up as a Lutheran.  He attended the University of Minnesota and was active in Sigma Alpha Epsilon fraternity.  While at the University he became involved in the Campus Crusade for Christ, an outstanding evangelistic organization.

Father Gillquist pursued graduate studies at the prestigious Dallas Theological Seminary.  After graduating, he became a staff member of Crusade for Christ in 1960, later starting a ministry at the University of Notre Dame.  After several years with Campus Crusade, Father Gillquist worked at the University of Memphis spending 11 years with Thomas Nelson Publishing Co. in Nashville.  There he became a senior editor in 1975, and served on the overview committee for Nelson’s New King James version of the Bible.

As a priest and advisor, he brought many to the Lord.  He diligently sought “the true church of the New Testament”.  Initially he believed that perhaps the original church had been lost.  He examined the doctrine of many churches, including the Episcopalian, Catholic, and the Greek Orthodox.

The Antiochian Church has been fortunate and blessed with the ministry of Father Gillquist.  Father Gillquist was an inspiring priest and a convincing preacher.  His sermons are memorable.  His message led thousands to Christ.

Saint Paul speaking to Timothy says, “…from childhood you have known the Holy Scriptures, which are able to make you wise for salvation through faith which is in Jesus Christ.  All Scripture is given by inspiration of God…” (II Timothy 3:15-16).

Father Gillquist was the father of six children and grandfather of 19 grandchildren.  He and his lovely wife, Marilyn, were long-term residents of Santa Barbara, California.  Father Peter retired from 25 years of service to the Antiochian Archdiocese as Director of the Department of Missions and Evangelism in January, 2012.  He was associated with All Saints Antiochian Orthodox Church in Bloomington, Indiana where his son, Father Peter Jon Gillquist is the pastor.

Saint Paul pursued his evangelistic journey, first by travel and then by personal messages.  He later in life turned to writing, which ultimately became 13 (perhaps 14) books of the New Testament.  Similarly, Father Peter led an intense and highly successful evangelistic ministry.  He also turned to the Bible.  He became editor of the highly acclaimed Orthodox Study Bible.

I first met Father Peter at a Greek Orthodox Retreat in the fall of 1994.  After his final presentation, I noticed that Father Peter was experiencing some serious physical discomfort.  I advised him to obtain medical tests to determine the cause of his pain.  Two years later, I phoned Father Peter at his home in California to congratulate him for an inspiring article, only to discover that he had been confined to bed because of back pains.  Father Peter explained that his California HMO believed my suggested tests were unnecessary, and prescribed only rest and pain medication.

After convincing Father to come to Cleveland, the next day, March 28, 1996, Father underwent an MRI scan.  The test indicated that Father was suffering from a huge slipped disc in his back.  Surgery was scheduled the next morning.  On arrival to the operating room, and despite his pre-medication and sedation, he promptly sat up and asked for everyone’s attention.  He announced to all in the operating room that the New York Yankees were to play the Cleveland Indians that very day.  He asserted that he was an Indian fan and hoped that the Yankees would lose.  All in the operating room applauded.

My patient, Father Peter became a close friend.  We visited and communicated frequently. Father enjoyed his work.  He was kind, sensitive and humorous.  He loved his family, and he loved his friends.

After completing the Orthodox Study Bible, and having brought thousands to Orthodoxy, I asked Father what he wanted more than anything else.  Without hesitation, he prayed and thanked the Lord for bringing him to the “true church of the New Testament”, and he prayed that one day he might be with his Lord and Savior.

Father wanted more English used in the liturgy.  He hoped for more Bible studies and more Bible-oriented sermons.  He prayed for an increased evangelistic outreach.  He dreamed that all Orthodox Christians in America would one day unite.

I asked Father if he was disappointed or angry at the refusal of the Greek Orthodox Church to admit him and his 2000 journeyman.  Father felt neither disappointment nor anger.  He felt that the Holy Spirit led them to the Antiochians, because the Greeks were simply not ready for either evangelism or bible studies.

I asked Father why the lack of enthusiasm for evangelism and bible studies.  He insightfully reminded me of the four centuries of oppression by the Ottoman Turkish rule, and the continued oppression by the atheistic and totalitarian regime of Russia.  During this time many were murdered.  He knowingly smiled and remarked that Turkish and Russian oppression were definitely not conducive to evangelism or bible studies.

Father Peter Gillquist has completed his search for “the church of the New Testament.” The ministry of Father Gillquist and his Orthodox Study Bible will have an everlasting impact.  He brought thousands to Orthodox Christianity.  Father Gillquist is our modern day Saint Paul.

If Saint Paul were ever asked to describe Father Gillquist, Saint Paul would perhaps answer, “We have fought the good fight.  We have finished the battle.  We have kept the faith.”

The author is a member of the Greek Archdiocesan Council, teaches Sunday School and practices Neurosurgery in Cleveland, Ohio.