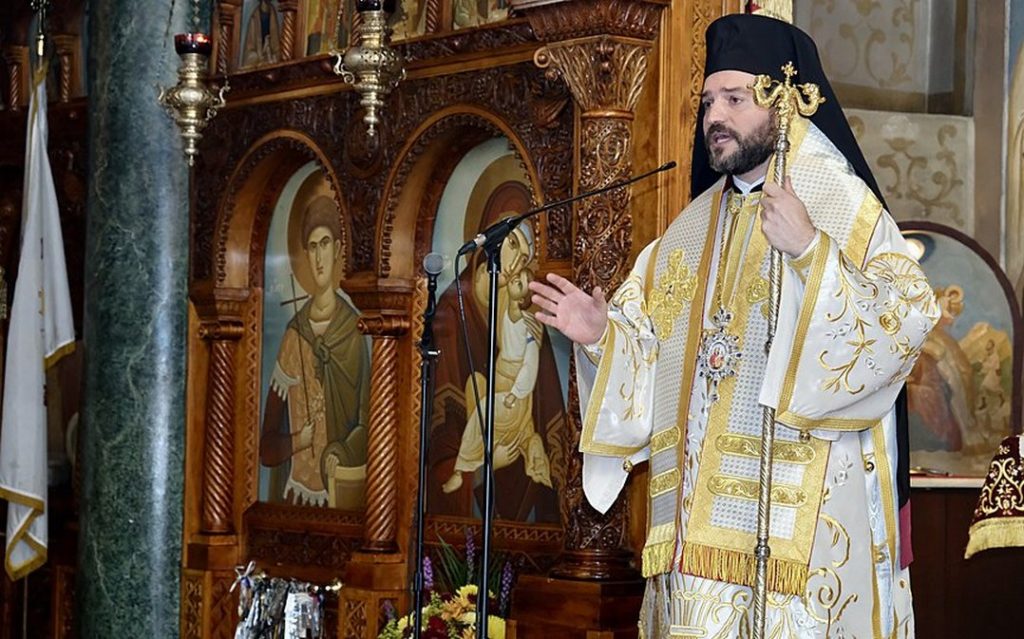 His Grace Bishop Apostolos of Medeia, Archbishopric Vicar of the Metropolis of New Jersey. (Photo BY TNH/Archive)

BOSTON – His Eminence Archbishop Elpidophoros of America appointed Archimandrite Athenagoras Ziliaskopoulos Chief Secretary of the Holy Eparchial Synod. Fr. Athenagoras will continue to serve as Chaplain of Holy Cross Greek Orthodox School of Theology along with his new duties as Chief Secretary.

The former Chief Secretary of the Synod, Bishop Apostolos of Medeia, was appointed Archbishopric Vicar of the Metropolis of New Jersey, with headquarters in Philadelphia.

Metropolitan Methodios of Boston has been excluded from the Board of Trustees of Holy Cross Greek Orthodox School of Theology, reportedly because of legal actions contrary to the interests of the School. There is an official legal opinion on the issue. It is noted here that this is the first time in the history of the School of Theology that a hierarch of the Archdiocese is prohibited from participating in its Board of trustees.

“Communique of the Holy Eparchial Synod

Today, February 3, 2021, the Holy Eparchial Synod of the Sacred Archdiocese of America convened at the invitation of His Eminence Archbishop Elpidophoros of America for a regularly scheduled videoconference in order to review pending issues concerning the life of the Church.

Following the customary exchange of wishes for the New Year, the Synod highlighted the significance of its present gathering, which constitutes its 100th such meeting since the inception of the Eparchial Synod’s institution in the Archdiocese of America. Moreover, the Archbishop and all the hierarchs expressed their gratitude to the Mother Church – the Ecumenical Patriarchate – for its blessings and the great level of trust that it has placed in its children residing in America. 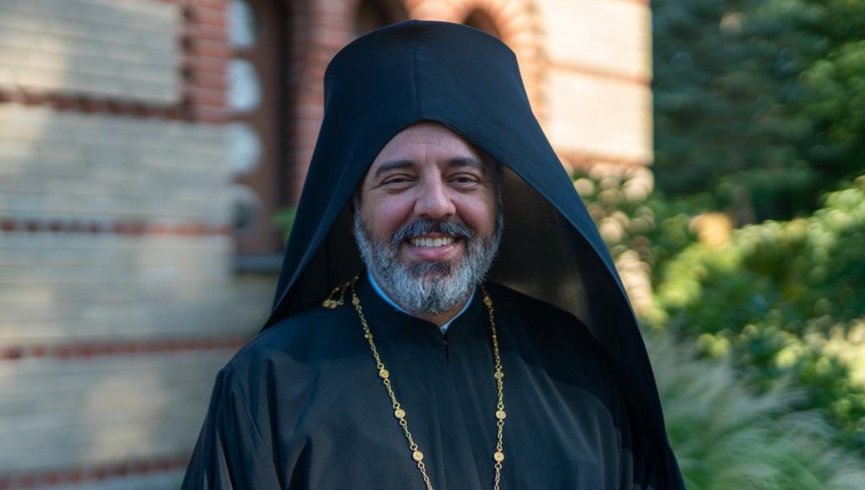 a) A letter of appreciation from His Eminence Metropolitan Elias of Beirut was read, conveying his gratitude to the Archdiocese for the financial support extended to all those affected by the recent explosion at the port of Beirut.

b) Following the pertinent appeal of His Eminence Metropolitan Ambrosios of Korea – and with the support of the Archbishop – the Ladies Philoptochos Society of the Archdiocese decided to financially support the God-pleasing work of this missionary and venerable hierarch of the Ecumenical Patriarchate.

c) The Archbishop, in his capacity as Patriarchal Vicar, announced that he accepted the voluntary resignation of the V. Rev. Archimandrite Constantine Moralis from his position as Chancellor of the Holy Metropolis of New Jersey. Thereafter, His Eminence assigned His Grace Bishop Apostolos of Medeia to assume responsibility of the eparchy’s liturgical and pastoral needs, for which he will shortly move to Philadelphia to fulfill.

d) Following the Archbishop’s proposal, it was unanimously decided that the Very Rev. Athenagoras Ziliaskopoulos, Archimandrite of the Ecumenical Throne, would be appointed to fill the vacated position of Chief Secretary of the Holy Eparchial Synod.

Archimandrite Athenagoras (Christos) Ziliaskopoulos was born in 1970 in Reutlingen, Germany, and grew up in Greece and Germany. He spent his young adulthood on Mount Athos as a monastic and learned to live a life devoted to Christ and the Church. He was ordained to the Holy Diaconate in 1997 and the Holy Priesthood in 1998 by His Eminence Metropolitan Augoustinos of Germany. In 1999, he was elevated to the rank of Archimandrite of the Ecumenical Patriarchate by His All-Holiness Ecumenical Patriarch Bartholomew.

For over twenty years, Archimandrite Athenagoras served as a parish priest starting at the Greek Orthodox Metropolis of Germany with successive appointments. He was appointed as the Hierarchical Vicar of the Greek Orthodox Metropolis for two States in Germany. A member of the delegation of the Ecumenical Patriarchate for Ecumenical Theological dialogues. In Germany, he served as a member of the Ecumenical and Interfaith Councils, the founding chairperson of the Interfaith Council of Religions, and as a chairperson for one of the Assemblies for Orthodox Clergy. He was a frequent speaker at universities, public schools, interfaith groups, cultural associations to discuss Orthodox life and spirituality.

Archimandrite Athenagoras established the first Orthodox Chapel in the international Frankfurt Airport and a 24-hour Orthodox crisis hotline and is the Founder of the first Greek Orthodox youth camp in Germany. He spearheaded a 15th-century church building’s archeological renovation, built a church and community center from the ground up, and other needed initiatives.

In 2017, Archimandrite Athenagoras relocated to Toronto at the invitation of His Eminence Sotirios, Archbishop of Canada to serve as Dean of the Patriarchal Theological Academy of Toronto and Office Director for the Greek Orthodox Archdiocese of Canada. In 2019, he transferred to the United States of America at the request of His Eminence Elpidophoros Archbishop of America, to offer his ministry to the Hellenic College Holy Cross Greek Orthodox School of Theology.

Archimandrite Athenagoras holds a Bachelor of Arts, a Bachelor of Theology, a Masters of Theology, and a PhD in Theology from Aristotle University of Thessaloniki. He also took classes in Pedagogics, German Literature, Roman Catholic and Protestant Theology, Judaism, Islamic Studies, and Comparative Religious Studies at the Johann Wolfgang Goethe University in Frankfurt, Germany. Fluent in modern and ancient Greek, German, and English, he is proficient in Turkish and has a basic understanding of Latin, French, and Koranic Arabic.