America Doesn’t Exist at the Archdiocese 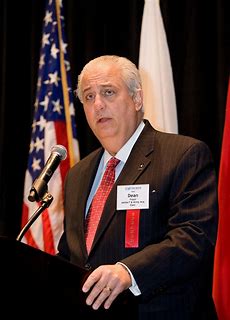 It sure seems to me that the new archbishop is trying to create an organization (perhaps modeled after the British East India Trading Company) that reflects his own official, publicly stated views that we are a diaspora, an omogenia, and expatriates of some other country and period of history. Independence Day, July 4th, our sacred national holiday, is totally ignored on the archbishop’s official calendar; and, in fact, on the whole goarch.org website. (see https://www.goarch.org/ and https://www.goarch.org/-/public-schedule-of-his-eminence-archbishop-elpidophoros-june-28-july-8-2019).

The title “GOA of America” is a hollow concept for this archdiocese. Their America only exists for fund-raising purposes for the Phanar, Greece, Cyprus, and related political, cultural, linguistic, and disaster issues of the three foreign mother ships.

To ignore our nation’s birthday, and all that it stands for, in his inaugural month in office, is either the most incompetent capstone act in 100 years of GOA history in America, or a purposeful omission to emphasize that America should not be our priority.

Thus, this archbishop has dishonored the very American flock he presumes to lead.

There is no room for our beloved American homeland, when we are in the Divine Presence of the Hellenism and Phanar First Movement, as championed by the charming persona of this new, multi-lingual, rose petal covered, Turkish citizen archbishop and his Turkish government (Ministry of Civil Affairs) controlled boss, the Patriarch. Their agenda is clear to me — to propagandize and re-calibrate us away from our democratic, pluralistic American ideals and the Jefferson-Madison virtues that have guaranteed us Freedom of Religion and made us the envy of the entire world.

I think the goal is to try to finally re-mold us into an Imperial Byzantine, despotic, Mother Church which insists on a village mindset and which is not dynamic, pan-Orthodox, member-driven, growth-oriented, unified or AMERICAN.

This archbishop, like others before him, seeks a controlled, ethnophyletic, ghettoized, profit center with a 24-hour ATM for the foreign policy aims of Greece, Cyprus, and The Phanar.

The GOA of America functions like a latter-day Trojan Horse in this nation for the benefit of foreign interests.

The support given by the ordinary faithful enables this highly-suspect system to exist, and threatens our Republic and the priorities of every parish.

American patriots, veterans, families, parishioners, and all believers, who value the real message of Jesus of Nazareth, must unite in opposition to this “foreign interests first” GOA priority. We must stand tall in opposition to its illegitimately-elected ethnarch**, and to the author of all of this, the Phanar.

**an election with no American input, in violation of a bi-lateral agreed-to charter.

FOR CHRIST, OUR TRUE GOD, FOR AMERICA, FOR THE SURVIVAL OF OUR LOCAL PARISHES, AND FOR STRENGTH, HONOR, COURAGE, COMMITMENT TO YOU THIS INDEPENDENCE DAY!

“In a letter from Thomas Jefferson to Treasury Secretary Albert Gallatin in 1802, Jefferson said “we might hope to see the finances of the Union as clear and intelligible as a merchant’s books.” Not just so that every member of Congress could understand them, the President desired that “every [man]of any mind in the Union should be able to comprehend them.”