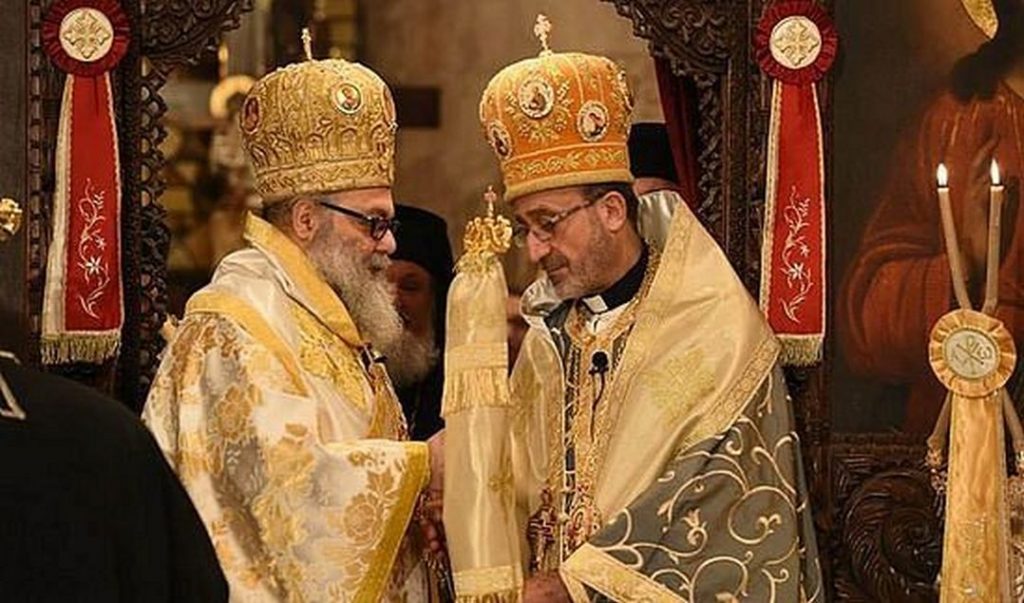 If the new authorities of Ukraine under President Vladimir Zelensky do not put an end to the persecutions against the canonical Church, the international community should impose sanctions against the country, said His Grace Bishop Qais (Sadiq) of Erzurum, vicar to Patriarch John X of Antioch and All the East, at the international “Violation of the Rights of the Faithful in Ukraine” conference currently being held in Moscow, reports RIA-Novosti.

The Antiochian hierarch also urged the conference participants to appeal to the world with a demand to start a dialogue with the new Kiev authorities on the return of the properties illegally seized from the canonical Ukrainian Church under His Beatitude Metropolitan Onuphry of Kiev and All Ukraine.

“So that the seized parishes and churches were returned, so that the church valuables, icons, liturgical vessels and so on, to call on the new leadership to act according to the principle ‘to Caesar what is Caesar’s, to God what is God’s,’ so many clerics would have their citizenship and trampled-upon rights returned, as citizenship was returned to the Saakashvili,” Bp. Qais said.

If, however, the Ukrainian government does not respond, restrictions should be placed upon it, the hierarch said. “Today is the right time for such action,” he added.

“As one Arab proverb says, a fired bullet might not kill anyone, but it will make a noise that will hurt your head,” the bishop said.

The Antiochian Church has shown itself a true Orthodox ally of the canonical Church in Ukraine, refusing to recognize the schismatic “Orthodox Church of Ukraine,” instead calling for a pan-Orthodox council to deal with the crisis.

Bp. Qais in particular has spoken out about the suffering Ukrainian flock before. In an interview with the Synodal Education Department of the Ukrainian Church in late 2016, he noted that the Antiochian Church supports the canonical Ukrainian Church and prays that Philaret would come to his senses.

He said at the time that the authorities have no right to evaluate their citizens, classifying some as patriotic and some as non-patriotic. Doing so only divides society, as is evident in Ukraine.

And speaking of the canonical primate Met. Onuphry, Bp. Qais said: “Metropolitan Onuphry is a simple man, but deep. There is a famous expression: ‘earthly angel and heavenly man’—this is Vladyka Onuphry. I can add nothing more.”