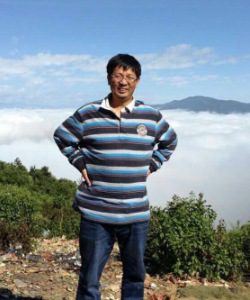 MIDLAND, Texas, April 10, 2017 /Christian Newswire/ — As Trump convenes with Chinese President Xi Jinping in Florida, the husband of an American citizen languishes in a Chinese prison.

John Cao, a pastor renowned for his educational endeavors among Myanmar’s minority groups, was arrested by public security officials in Yunnan on March 5 and arbitrarily charged with “organizing illegal crossings of national borders.”  Retracting their promise to his family that he would be released, authorities formally arrested Cao on March 25. As a result, his relatives, which include his wife, North Carolina native and U.S. citizen Jamie Powell, and their two sons, fear that the Chinese government will use this charge as an excuse to give him a hefty prison sentence. The U.S. state department, North Carolina congressmen, and hundreds of churches are in support of Cao’s situation.

On behalf of the Cao family, ChinaAid is asking for your assistance in spreading this story. As a long-time friend of Cao’s family, ChinaAid President Bob Fu urges the free world, especially American-elected leaders, to work in solidarity with Cao’s relatives to secure his freedom. Cao’s son, Ben Cao, is available for interview regarding his father’s case and can be contacted at (336) 404-5871.

ChinaAid reports abuses such as those suffered by John Cao in order to stand in solidarity with persecuted Christians and promote religious freedom, human rights, and rule of law.