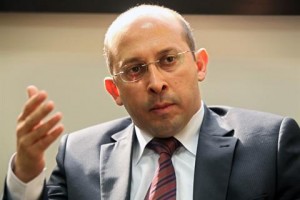 Opposition and majority sources told The Daily Star that ongoing talks have not yet broken the deadlock over a new electoral law but said this week could be decisive.

Free Patriotic Movement MP Alain Aoun told The Daily Star that no one had contacted FPM leader Michel Aoun or any other FPM official to discuss the topic in the past few days, adding that the party had not changed its support for the Orthodox Gathering’s proposal, which would restrict voters’ choices to MPs from their own sect.

Parliamentary sources from the Lebanese Forces also said their stance in favor of the Orthodox draft was firm. They added that the party’s MPs planned to vote for the law in the General Assembly, and would not back any other law unless it provided fair representation for Christians in line with the Taif Accord.

As for Kataeb, leader Amin Gemayel affirmed that it also backed the Orthodox proposal, but added that the party had its own draft.

Sources from Hezbollah and the Amal Movement assured The Daily Star that they were firm in their backing of the draft, and would vote for it in Parliament because they believed it allayed the concerns of the country’s Christians.

A media official from Bkirki said that the Maronite Church was also in favor of the draft, adding that it was open to other ideas that provide fair representation for Christians.

But despite this harmony among Christians parties and Hezbollah and Amal, the Future Movement and Walid Jumblatt’s Progressive Socialist Party remain opposed to the Orthodox Gathering’s suggestion, and sources said they planned to propose their own joint draft and remained open to ideas from Speaker Nabih Berri.

Parliamentary sources from the majority who took part in the meetings of a Parliament subcommittee on the electoral law said time had run out for an in-depth discussion of a new law, and that if Jumblatt and former Prime Minister Saad Hariri truly believe Berri can broker a deal, they should accept the draft law MP Ali Bazzi proposed on behalf of Berri’s bloc. This hybrid law calls for 64 MPs to be elected by proportional representation and 64 by a winner-takes-all system.

The sources said if Hariri and Jumblatt accepted this proposal, Amal and Hezbollah might be able to convince their Christian allies in the FPM and the Marada Movement to abandon the Orthodox proposal.

But the sources acknowledged the challenges in such a move, given that Aoun said last week Berri’s proposal did not meet his expectations.

The sources said the majority could vote the Orthodox law through Parliament because of the added backing of the LF and Kataeb parties, despite warnings that President Michel Sleiman would challenge the law in the Constitutional Council.

The sources also expressed confidence that the current legislation, referred to as the “1960 law,” would not be used, given that they were blocking the Cabinet from appointing an election supervisory committee in line with this law.

But independent parliamentary sources doubted that the proposal would make it through Parliament, saying Berri’s hybrid draft was the only way out of the crisis.

A version of this article appeared in the print edition of The Daily Star on February 25, 2013, on page 3.