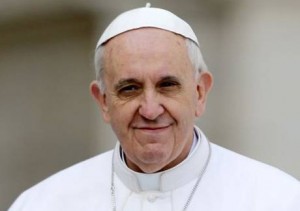 ROME (CNS) — Recent remarks by Pope Francis about the need for a stronger pastoral approach to marriage and divorced couples, do not signal the church is overturning its laws or practice of denying communion to Catholics who divorce and remarry, said two canon law experts.

When Pope Francis made parenthetical reference to the Orthodox churches permitting, in some cases, a second marriage, he was referring to an issue that has been under discussion for decades, said U.S. Cardinal Raymond L. Burke, prefect of the Supreme Court of the Apostolic Signature.

The pope told reporters July 28 during his flight to Rome from Rio de Janeiro that “the Orthodox have a different practice.” They “follow the theology of ‘oikonomia’ (economy or stewardship), as they call it, and give a second possibility; they permit” a second marriage, the pope had said.

Cardinal Burke, who spoke Sept. 16 at a renewal course on marriage law hosted by the Pontifical University of the Holy Cross, told Catholic News Service that talking about the differences between the way the Orthodox churches and the Catholic Church handle the breakup of marriages “is a discussion that’s been going on for decades.”

He said he took the pope’s remarks to journalists in July to mean that “the Holy Father is simply saying that this discussion should be taken seriously.”

While it’s important “to understand very carefully the sense of the Oriental practice,” he said it’s just as crucial to understand and put into practice the Catholic Church’s “evangelical duty” to defend marriage as Jesus taught in the Gospel according to St. Matthew.

The revised New American Bible, used at Mass by U.S. Catholics, translates the verse in Matthew 19:9 of Jesus upholding the indissolubility of marriage as: “Whoever divorces his wife (unless the marriage is unlawful) and marries another commits adultery.” However, most translations use “unfaithfulness,” “fornication” or something similar to “unchastity” for the exception.

Unlike an annulment, which declares that a union was invalid from the beginning, the Orthodox decree does not question the initial validity of a sacramental marriage and unlike a civil divorce it does not dissolve a marriage. Rather, the Orthodox describe it as a recognition that a marriage has ended because of the failure or sin of one or both spouses.

Cardinal Burke told CNS that Catholics’ understanding of Orthodox practice “is fine, but we have to understand that marriage is by its very nature, permanent, faithful and a procreative union.”

The Catholic Church teaches that while divorced Catholics can receive the sacraments, Catholics who have been divorced and remarried civilly cannot.

Father Luis Navarro, dean of the pontifical university’s canon law faculty and priest of the prelature of Opus Dei, said in his opening talk that Pope Francis’ remarks recognize the difficulties remarried Catholic find themselves in.

But, the priest said, tribunal courts, pastors and other members of the church “need to help them with the truth because the truth is more pastoral than anything else.”

Speaking with CNS, Cardinal Burke agreed, saying the church balances defending the truth and being merciful by making sure its tribunals are both impartial and offer real assistance to couples.

Couples need to be able to “present their understanding of the marriage as completely and accurately as possible” to the church tribunal, he said, and, in turn, the courts should be impartial so that couples “receive a decision which is according to the truth and not to please this party or that party, but to please God.”

In his talk, Father Hector Franceschi, professor of marriage law at the university, said Pope Francis’ remarks to reporters on the papal plane “do not mark a revisit or overturning of church practice” concerning divorced and remarried Catholics “because the fundamental principle of indissolubility cannot be obscured let alone set aside.”

Rather, the pope’s comments reflect that “an authentic in-depth study” is needed that improves the way the church explains and carries out its laws.

Mercy and pastoral concern are not in contradiction with truth and the administration of justice, Father Franceschi said.

The goal of church tribunals is “declaring the truth” pertaining to each couple’s unique situation and to the nature of marriage, he said.

Defending the truth and justice is in and of itself a “very effective” form of pastoral action, he said.

“An erroneous ‘pastoral’ sense” that makes concessions and compromises practices based on sacred Scripture does not help the faithful see what is good and what is evil.

Father Franceschi urged being faithful to Christ and his message, otherwise “we will be betraying the faithful, obscuring the path to authentic conversion and hindering the attainment of the supreme law of the church, which is the salvation of souls.”

In the book, “Pope Francis: Conversations with Jorge Bergoglio” by Sergio Rubin and Francesca Ambrogetti, the future pope and then-cardinal of Buenos Aires said while remarried Catholics cannot receive the sacraments, there were other ways they could be part of the church community that were in conformity with church teaching.

He supported Pope Benedict XVI’s call to the church to help accompany remarried Catholics and said pastors needed to help clarify and better explain what can be a “rather complicated” situation.