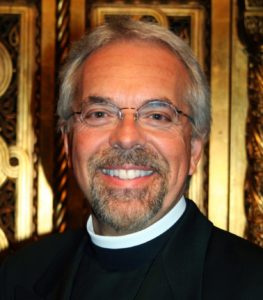 On the night of November 16, 1930, Mrs. Henrietta Garret, a lonely 81-year-old widow died in her home in Philadelphia. Her death unwillingly started the most fantastic case of inheritance litigation in history. She had failed to leave a will, or, at least, no will was found. The problem? She left an estate of $17,000,000.Although Mrs. Garret, at the time of her death, had only one known relative, a second cousin, and less than a dozen friends, attempts to prove a relationship to her and claim a part of her estate was made by more than 26,000 persons from 47 states and 29 foreign countries, represented by more than 3,000 lawyers. In their efforts to obtain her estate, there were those that committed perjury, faked family records, changed their own names, altered data in Family Bibles, and concocted absurd tales of illegitimacy. As result, 12 were arrested, 10 received jail sentences, 2 committed suicide, and 3 were murdered. I wonder how many of the 26,000 plaintiffs would have admitted they were guilty of materialism. Or to what, I would suggest, was the real root of the problem – discontentment.

One does not have to look back to the 1930s – to the tragic story of Henrietta Garret – to find examples of the consequences of discontentment. A few years ago in Boston, the bodies of two elderly women were discovered in their small apartment. They had died a few days earlier. An autopsy revealed malnutrition was the cause of death. But hidden in the mattresses and sewn up in pillows and draperies was nearly $200,000 in cash! The ladies died because they didn’t use what they had to meet their daily need for food. In reality, it was the malady of discontentment – and not a lack of nutritious food – that killed them.

A powerful comment is provided by the New Testament writer Saint Paul about the virtue of contentment. In the 4th Chapter of his letter to the Philippians – Paul encourages his listeners to be content in whatever condition they may find themselves. “Rejoice,” he says. “Do not be anxious about anything, but in every situation, by prayer and petition, with thanksgiving, present your requests to God. And the peace of God, which transcends all understanding, will guard your hearts and your minds in Christ Jesus.”

Paul concludes this famous exhortation with a most striking statement, one that I think – deep down – every one of us would like to discover on our own. “I have learned,” he says, “to be content with whatever the circumstances. I know what it is to be in need,” Paul insists, “and I know what it is to have plenty.” And then he makes the astonishing statement – “I have learned the secret of being content in any and every situation, whether well fed or hungry, whether living in plenty or in want.  I can do all this through him who gives me strength.”

If we are honest, most would acknowledge that we have not learned how to be content. I am certain, however, that all of us would LOVE to discover THE SECRET to how such an attitude is developed, for we are, in the end, a nation of materialists. We love things. We feel that we just must have things. We feel we cannot live without them. William Booth, the founder of the Salvation Army 1865 once said, “To be satisfied one must learn to be content with less.” There is a lot of truth in Booth’s statement. The fallacy of materialism is based on the idea that having things will make us happy. “Whoever Dies with the Most Toys Wins!” – states a popular t-shirt.  Perhaps things do make us joyful, for a few hours, days or weeks, but things never make one happy in the long run, for, you see, once we have the thing we want, there is always something else that attracts our gaze.

To prove the point – just listen to some startling sales statistics for our recent Thanksgiving Holiday – and the days following.

Black Friday, the day after Thanksgiving, reported a record $9.12 billion in online revenue, an increase of 2.3% over 2021. Analysts’ fears that consumers would curb their spending proved unfounded. In addition, Shopify, the e-commerce platform of many direct-to-consumer startups, reported that its merchants generated $3.4 billion in revenue on Black Friday, a 21% increase year-over-year. Finally, Mastercard reported that U.S. in-store sales increased 12% from last year, with their e-commerce credit card charges increasing by 14%.

What can Nonprofit and faith-based organizations do to help our nation curb its materialistic urges? What can be done to help all of us, like Saint Paul, discover the Secret of Contentment? While not harmful in themselves, an overindulgence in material goods and services might be an indicator of inner discontentedness. An unhappiness, a feeling of emptiness that many have unfortunately been duped into believing, can only be quenched with the acquisition of material goods.

Charitable nonprofits embody the best of America. They provide a way for people to work together for the common good, transforming shared beliefs and hopes into action. They give shape to our boldest dreams, highest ideals, and noblest causes.

America’s 1.5 million charitable organizations feed, heal, shelter, educate, inspire, enlighten, and nurture people of every age, gender, race, and socioeconomic status, from coast to coast, border to border, and beyond. They foster civic engagement and leadership, drive economic growth, and strengthen the fabric of our communities, every single day.

The nonprofit sector serves an important role in today’s society, providing the aid and necessary services to citizens at the local, national, and global levels in ways that governing bodies might not be able to fully address. In particular, counselors and social workers help underprivileged senior citizens, veterans, disabled individuals, and children, as well as donors and volunteers, to all learn the value of contentment.

As vital as many of them are, over and above the necessities of life, material things are unlikely to boost happiness in a sustained or meaningful way. In fact, research suggests that materialistic people are less happy than their peers. They experience fewer positive emotions, are less satisfied with life, and suffer higher levels of anxiety, depression, and substance abuse.

Why is this the case, and how can nonprofit organizations help all of us avoid falling into the unhappiness trap of materialism during this current holiday season?

One answer has emerged from social science: Nonprofits can help cultivate a mindset of gratitude. Gratitude, as a philanthropic principle, has proven to be about much more than a “thank you note” or the occasional donation. Instead, the principles of philanthropy give rise to a unique way of seeing the world, of viewing, and experiencing life, through another person’s eyes.

Materialism can, alternatively, get in the way of developing deeply rooted propensities for such a servant-centered perspective. Fortunately, new studies are documenting how to deliberately cultivate gratitude in ways that counter materialism and its negative effects. Researchers have identified some of the most effective techniques for fostering gratitude, including ways that people can donate their time, talent, and treasure to actually boost their gratitude and thus their happiness.

In trying to understand why materialism undermines our pursuit of happiness, scientists have zeroed in on the fact that materialistic-minded people report particularly low levels of gratitude.

Given the deep roots of gratitude, it should not come as a surprise to learn that it is associated with striking health benefits. In many studies, grateful people report fewer symptoms of illness, are less bothered by aches and pains, enjoy better sleep quality, and have stronger immune systems. This was true not only among people who were naturally grateful but among those whom the researchers prompted to become more philanthropic. As they became more generous with their time, talents, and treasure, their self-esteem and health seemed to improve.

In his book entitled Feminine Faces (1970) author Clovis Chappel describes the discovery of a woman whose body was found mummified by the volcanic ashes of Mount Vesuvius. Of the 20,000 inhabitants of Pompeii, some 2,000 lost their lives. Among them was a particular woman who loved her finery above all else. As the deadly rain of fire came down, she decided to run to the harbor and escape by ship. That was wise, but this rich and beautiful woman stayed behind just long enough to collect as much jewelry as she could carry. Snatching up her rings, she hastily thrust them on her fingers. There was no time to hunt for a box or a bag in which to cram her ornaments, so she picked up as many as she could hold, and rushed into the street, clutching her pearls and diamonds, her rubies and sapphires, her gold brooches and her earrings. But she delayed too long. The poisonous fumes overcame her as she ran; and with all her valuables she stumbled, fell, and died, clutching the things she prized so much. There, under the ashes of Pompeii, she lay; and when the excavators found her, she was still lovely, and her hands were still laden with material goods – her treasure.

When Pompeii was destroyed by the eruption of Mt. Vesuvius, there were many individuals buried in the ruins who – like the rich woman – were later found in very different positions. Some were found in deep vaults, others in lofty chambers. But there is one individual that I believe stands out above them all – the city’s Roman sentinel.

They found him standing at the city gate where he had been placed by the captain, his hands still grasping his weapon. There, while the earth shook beneath him, there, while other inhabitants of Pompeii were running for their lives – while the floods of ashes and cinders overwhelmed him, he had stood firmly at his post, and there, after a thousand years, he was found.

What a wonderful icon of what nonprofit organizations and their leaders should aspire to be – Philanthropic Sentinels – standing firm. While the soil of materialism shakes beneath our feet, it would be wonderful if our legacy was of standing firm, grasping the weapon of philanthropy, and offering the Secret of Contentment to whoever desires it.