Bartholomew welcomed the Church into communion, “thereby healing the wound of schism and pouring ‘oil and wine’ on the ordeal of our brethren”. 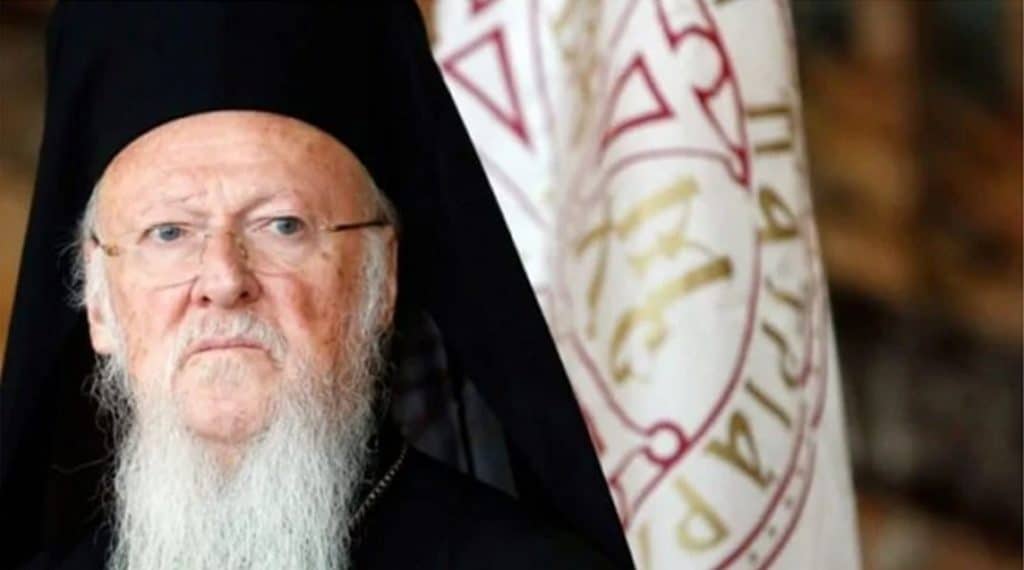 Ecumenical Patriarch Bartholomew of Constantinople has said that his patriarchate is in full communion with the breakaway Macedonian Church, hitherto treated as a pariah in the Orthodox world.

The Ecumenical Patriarchate has surprised the Orthodox world – and added to already strained relations with the Russian Orthodox Church – with a declaration that it is in full communion with the breakaway and unrecognised Macedonian Orthodox Church.

On Monday, the Istanbul-based Patriarchate said it “welcomes into eucharistic communion the hierarchy, clergy and laity under Archbishop Stefan of this Church, thereby healing the wound of schism and pouring ‘oil and wine’ on the ordeal of our Orthodox brethren in that country”.

North Macedonians has no idea this was coming. “This was a big surprise to the public here,” journalist Sinisa Marusic told The Tablet. “It’s significant – the Macedonian Orthodox Church is big part of our identity.”

Darijan Sotirovski, head of the government commission on religious dialogue, agreed. “This is a decision that will give us more importance as a nation and a state. We have achieved what generations failed to achieve. It is a confirmation that the path we are following is the right path,” he told local Slobodne Pecat media outlet on Wednesday.

The Macedonian Orthodox Church unilaterally seceded from the Serbian Orthodox Church in 1967, when Macedonia was part of the former Yugoslavia. It became an independent state in the 1990s. The Church’s move has never been recognised by the rest of the Orthodox Churches, which have treated it as a schismatic entity and a pariah.

But, as the power struggle between the Russian and Ecumenical patriarchates intensifies – with the Russian Church demanding more acknowledgement of its size, wealth and power – Constantinople has increasingly confronted Russian positions on ecumenism, relations with the West, Ukraine, and now Macedonia.

Patriarch Bartholomew outraged the Russian Church when he recognised the autocephaly, or ecclesial independence, of the Ukrainian Orthodox Church in 2019, after which the Russian patriarchate severed relations.

On the Macedonian Church, both the Serbian and Russian Churches have insisted that it must return to autonomous status within the Serbian Church, and forget all hope of autocephaly.

Bartholomew has now challenged that policy and brought the pariah church out of isolation.

Branko Gjeogjevski, a journalist specialising in religious issues, said the next step was to push Bartholomew for a tomos, or decree, “to pronounce us as an independent Orthodox Church … as was the case with the Ukrainian Orthodox Church”.

Bartholomew has, however, held back from that final step. In his statement, he referred to the Patriarchate being in communion with the “Archbishopric of Ohrid” and “this church”, avoiding use the expression “Macedonian Orthodox Church”.

Observers also noted that while the Russian Church was quick to condemn the patriarchate’s move, insisting it changed nothing, the Serbian Church – the more injured party – has remained uncharacteristically silent.

This has raised speculation that, under its new patriarch, Porfirije, the Serbian Church wants to leave the Russian Church’s orbit. Porfirije has notably refrained from endorsing the Russian war in Ukraine despite Russia’s popularity among the Serbian people.