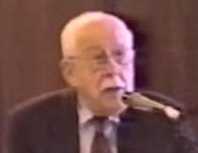 Editor: Another thoughtful viewpoint about the need to use English as the liturgical language of the Church in the USA (originally submitted to The National Herald (TNH) in April 2014). The use of English is a unifying necessity to overcome the 14 jurisdictional and ethnic divisions in the Church.

“It is a terrible thing to contemplate that the Greek language which made such a great and invaluable contribution to the establishment and growth of Christianity has now been perverted into such an impediment to the ability of Orthodox faithful to worship their God.”

When I read articles such as your editorial on “Liturgical Language,” I am amazed how usually intelligent, logical and reasonable persons can recite such nonsense when faced with the very simple question of what should be the liturgical language of the Greek Orthodox Church in the United States, where it is reasonable to estimate that 90% of the faithful know only very rudimentary Greek – really if any at all – and the great majority who know some Greek are not familiar with the “koine” Greek of the New Testament and the Liturgy, and are readily and fully conversant in English.

Language is the gift given to us by God as rational human beings, as a means of communication. In this way, we can transmit our thoughts one to another. Communication is the sole purpose of language.

God created men and women as logical and reasonable human beings. The Priest, among other prayers, at our 40-day blessing, prayed: “Bless this child____; give him understanding and a prudent and virtuous mind… ” and ” …number this child with your Holy Flock of rational sheep… “. And at our Baptism, he prayed: “… providing him (the child being baptized) with a reason-endowed soul.”

Being “reason-endowed” souls with “prudent and virtuous” minds who are members of the Lord’s flock of “rational sheep,” we never were intended to sit in Church as mere attendees or observers at worship services being chanted in Greek by a psalti or choir, while we frantically search to find the translation so we can hear the instructions in the faith and participate in the prayers.

One of man’s most intimate and soul-searching experiences is when he worships his God. How then can you expect that Orthodox faithful should do this in a language they do not understand, and therefore must follow the prayers and instructions in the faith which comprise the hymns of our Liturgy and other Sacred Services, by trying to find his place in the translation from the Greek into English with which he is provided? The psalti groans on and on in Greek. Very few, if any, can understand. No one pays any attention, and the sound of the psalti fills the void like the “ISON” – just background noise. Then on comes the choir which has forgotten that the words are the important message and not the performance of operatic arias. So many times – at the Nativity, Epiphany, Annunciation, Pascha, etc., the Choir renders the hymns of the day being celebrated only in Greek. How long can the English-speaking fourth and fifth generations be expected to remain in a Church where, for example on Palm Sunday, the hymn, “Blessed is He Who comes in the Name of The Lord,” and on Holy Thursday the sacred hymn, “Today is hung from a tree …., ” and on Good Friday, the Lamentations, are all chanted in Greek; and he must try to follow a written translation.

He is made to feel like a stranger in his own Church.

It is a terrible thing to contemplate that the Greek language which made such a great and invaluable contribution to the establishment and growth of Christianity has now been perverted into such an impediment to the ability of Orthodox faithful to worship their God.

It must be remembered that we are not a group of Greeks who are temporarily living in the United States looking forward to the day we return to Greece; and therefore, logically, maintain our services in Greek. We are fourth and fifth-generation Americans, born, raised and living in the United States. The same as Orthodoxy is part and parcel of the every-day experience and life of Greeks in Greece, Russians in Russia, Albanians in Albania, etc., Orthodoxy must be so to Americans (of whatever national origin) living in America.

The Orthodox Church in the United States must assume an American image. Orthodoxy will not live in the United States, if it is not perceived as an American institution but as an exotic outpost of European or Middle Eastern nations or cultures. We cannot continue to exist as a predominantly immigrant church. We must become an indigenous American Church. We must recognize the indisputable fact that the vast majority of Orthodox communicants are native-born Americans of the fourth and fifth generation whose primary language is English.

This necessitates the adoption of a common English-language Liturgy and Sacred Services for use in most parishes. That’s not to say that those parishes who so wish cannot use Greek or any other traditional Orthodox languages, but the lingua franca of America, and the world, is English, not Greek. If St. Paul were alive today, he would use English, too.

Please take the time and trouble to seek out and visit an Orthodox Church which uses primarily the English language. Perceive the participation of the people who are full participants and not merely bored observers or attendees reading the Sunday Bulletin or staring at the ceiling. Besides the attendance at Divine Liturgy, observe the attendance and participation at Orthros and Vespers. See the children who, without any self-consciousness, sing the hymns along with their parents. They are fully at home in their own environment – not that strange place we go to from time to time.

Read the article “90% of Americans with Greek Roots No Longer in Communion with Greek Orthodox Church” on the Archdiocese web site. Go to Budapest, Hungary and visit the nearby town of St. Andrew with its beautiful Byzantine museums which were once thriving Greek Orthodox Churches. What happened to their congregations? I give you one guess!