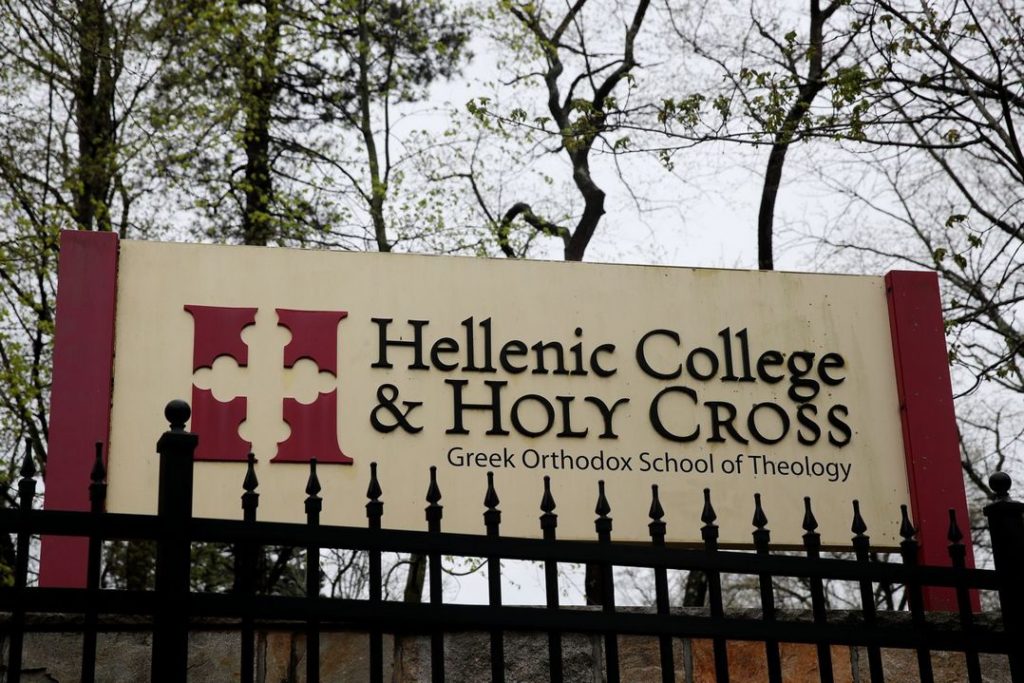 Hellenic College Holy Cross in Brookline has been placed on probation following concerns about the school’s financial resources and planning, according to the school and an accreditor.

In a joint statement Thursday, the Greek Orthodox school and the New England Commission of Higher Education said the commission voted in November to place the college on probation for two years.

According to the statement, the “Commission found that Hellenic College, Inc. does not now meet the Commission’s standards on Institutional Resources and Planning and Evaluation. The Commission also issued a Notation to the College that it is in danger of not meeting the standards on Organization and Governance and The Academic Program.”

The commission will monitor conditions at the school during its probationary period, and the college will maintain its accreditation during that time, with continued “eligibility for federal funding, including student financial aid,” the statement said.

New Hellenic President George M. Cantonis said in the statement that things are improving at the school.

“We want to reassure our students, faculty, staff, donors and larger community that under our new leadership, Hellenic College Holy Cross is taking appropriate action to address NECHE’s recommendations,” Cantonis said. “We are implementing plans to increase giving and improve revenue streams, simplify and make effective our governance structure and focus our degree programs. Our financial situation is improving.”

Cantonis said the college “ended Fiscal Year 2019 with an excess of revenue over expenses from operations and we are currently operating a balanced budget. We look forward to working with NECHE to address the areas of probation and notation expeditiously and continue our tradition of developing the best clergy and lay leaders.”

The Globe reported in August that the Massachusetts Department of Higher Education noted last spring that the college had run an operating deficit for nearly eight years, borrowed money from its endowment, and suffered from declining enrollment and poor planning. Like many small colleges, Hellenic, which enrolls just over 154 students, relies heavily on tuition and suffers when enrollment declines.

Religious schools in the Northeast are among those that have seen the most precipitous drop in enrollment over the past decade.

“Hellenic College’s curricula in the liberal arts and pre-professional studies stimulate students’ minds while preparing them for careers in which they can serve both society and the Church,” the site says. “Whether in education, human services, business, law, or ministry, our graduates embody their faith and enrich our world through their other-directed vocations.”

Deirdre Fernandes of the Globe Staff contributed to this report.