Following the 34th Annual Program Meeting on the topic of “The Role of Servant Leadership in Fostering Church Unity” presented by Protodeacon Peter Danilchick (view a recording of the presentation here: https://youtu.be/sT7sfRbcUIg), the Annual Business Meeting was called to order by President Argo Georgandis Pyle at 7:34 pm.  The meeting was via Zoom.  Participants included:  David Oancea, Executive Director, Archbishop Nathaniel, Fr. Nicholas Greanias, Argo Pyle, Peter Petkas, William Souvall, Gayle Woloschak, George Pontikes, George Karcazes, Alice Kopan, William Caras, Peter Zarras and George Matsoukas. Executive Director David Oancea was acknowledged for his first year of service in that role and for his skills in setting up the program meeting, monthly brainstorming sessions and board meeting via Zoom using the technology of the day.   An opening prayer was offered by Archbishop Nathaniel.

President Pyle, presiding at this, her last meeting in three years of service to OCL, thanked the board members.  In turn, OCL is grateful for her leadership these past three years through difficult times for the Church and Community at large because of the pandemic.

The Minutes of the 33rd Annual Meeting were approved on a motion by George Karcazes and second by George Pontikes.

The Executive Director, in his report, asked the board to look ahead and forward to the next few years and work together to update our strategic plan and use it to revitalize our organization to stay relevant and face the challenges ahead.  Board renewal and reorienting our approach to unity and how we can promote unity should be priorities.  How we present our message in this age of technology and social media is also a priority.   Some consider using only the website approach is passe.  Younger folks are more in tune with social media platforms. The use of video is how information is presented nowadays.   Podcasts are also a way of presenting our message.  David pointed out that we need to reach our audience by using the platforms they use.

In analyzing OCL demographics, the majority of our audience is older.  Our challenge is greater.  We need to meet the older demographic in the platform that they use, and at the same time, we want to attract a younger demographic.  We need to do this in an environment that indicates that our membership and donations are declining.  The decline is sharp.  What factors are causing the decline?  Has the fact that we cannot meet in person and live in the era of Zoom a factor?   Are we not using the social media platforms that attract and retain followers?  Do we need new approaches to articulate our message?

What will we be doing in the new year with new leadership and concerted efforts to update our strategic plan and to follow up on board renewal as we address these critical methods of communication, financial, and growth issues, as we remain focused on our mission of promoting unity?

A few ideas that were suggested to address these issues include: 1) Sending two e-blasts a month (instead of one) that report news and in turn invite folks to the website via social media. After a period of time, we will see if this approach brings more interaction to OCL. 2) Examine the use of video and podcasts as ways to engage folks. Invite Alex Petkas to consult with us to examine this whole new world of communication.  He is a board member and has a successful podcast.  How can we better present and work with clergy, laity, and hierarchy to move the needle toward unity?  3) We will reexamine how we present our message using some of the information presented by Protodeacon Peter.  4) Board members will become more proactive in fundraising.  5) We will set up telephone outreach methods to learn why people donate what they donate and reach those who stopped donating to find out how we can do this work better.

These ideas were just the first step in brainstorming and facing the issues before us.  During the year, we will work together to improve our outreach in every way.

During the discussion on finances, the decline in donations was noted.  However, fewer donors are giving us greater dollar amounts.  Board member donations and small donor funds do not cover our expenses.  To encourage donations, our spring mailing will inform our recipients of the membership letter that an anonymous donor has offered to match dollar for dollar every donation made to OCL. It was suggested that the OCL bookkeeper provide the board with an income and expense statement. Andrew Georgopulos prepared a budget for 2022. The financial report and the 2022 budget were approved and adopted on motions made by George Matsoukas and seconded by Peter Zarras.

The Board also approved a motion by George Karcazes, seconded by George Pontikes and unanimous vote of approval by board members, the resolution transferring funds held by Raymond James in the separate OCL Endowment account be transferred into the Orthodox Christian Laity Account, providing “the set account is kept intact and separate and apart from any other bank account or financial account maintained by Orthodox Christian Laity, an Illinois not-for-profit corporation.

The board also unanimously approved a resolution dissolving the Orthodox Christian Laity Endowment, Inc. corporation on a motion presented by George Karcazes and seconded by George Pontikes.  The board directed both resolutions to be signed by board members Andrew Kartalis, Bill Souvall and George Karcazes who were members of the board of the Endowment Corporation.

The business meeting was adjourned at 8:45 pm. 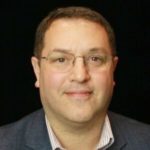