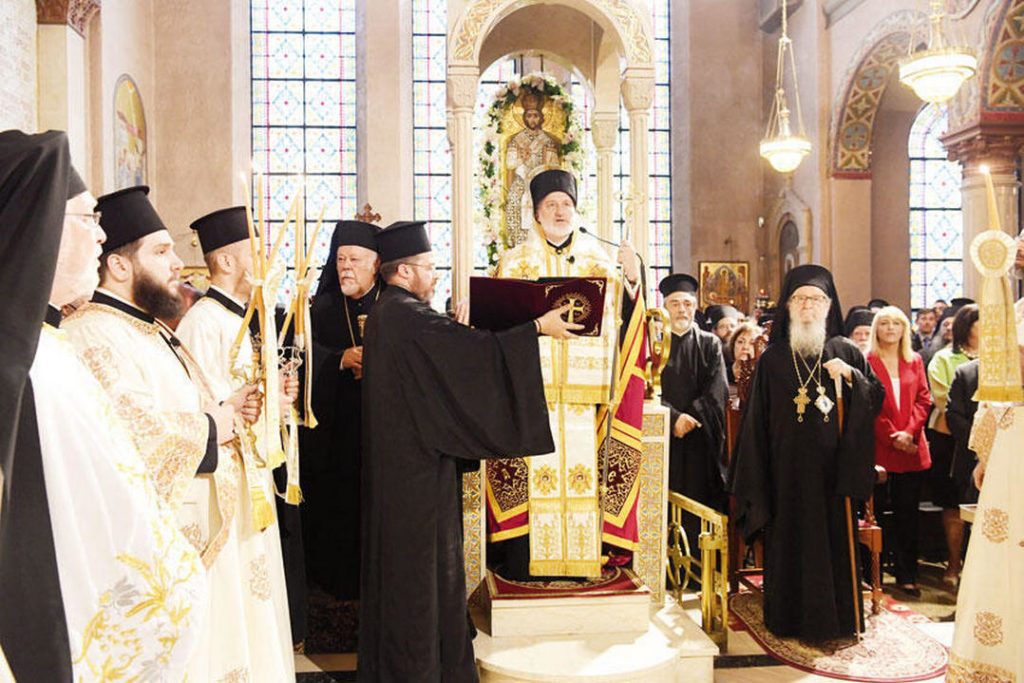 The Greek Orthodox church of the United States, a far-flung denomination of 1.5 million members, has installed its first new leader in 20 years, and he is from Istanbul.

Elpidophoros Lambriniadis, 51, a native of Istanbul, was enthroned as archbishop in an elaborate ceremony at the Cathedral of the Holy Trinity in Manhattan on June 22.

The event was attended about 1,000 people, including officials from Turkey, Greece, GreekCyprus and the United States. Among the attendees was Turkey’s permanent representative to the United Nations, Feridun Sinirlioğlu.

From the Turkish media, only Hürriyet newspaper was invited to observe the ceremony.

Lambriniadis was unanimously elected by senior Greek Orthodox officials last month to succeed Archbishop Demetrios, who recently retired at age 91 after serving in the post since 1999.

In his enthronement address, Lambriniadis acknowledged the contributions of his predecessor.

Lambriniadis was presented with the insignia of his office by Metropolitan Augoustinos of Germany, appointed by the Istanbul-based Fener Greek Orthodox Patriarch Dimitri Bartholomew as his personal representative to the enthronement.

During his speech, Lambriniadis thanked his friends coming from the United States, Turkey, Greece and Greek Cyprus for the ceremony.

“I convey my many thanks to especially my mother, who came all the way from the far end of the world for this ceremony. It is your love and support that made me who I am today. There is an important lesson that I have learned from our Ecumenical Patriarch [Bartholomew], and that is the importance of establishing bridges and relations between people,” he said.

Lambriniadis answered Hürriyet’s questions during a press meeting organized prior to the ceremony, saying that one of his priorities will be to work toward the reopening of the closed Halki Seminary on Heybeliada, an island off Istanbul’s coast.

Established in 1844, the seminary was closed in 1971 under a law that placed religious and military training under state control. An international campaign to reopen the theological school is ongoing.

This is the first time in history that a Turkish citizen has been chosen as the archbishop to lead the Greek Orthodox Archdiocese of America.

Lambriniadis was born and raised in the Bakırköy district of Istanbul.

He had been serving as the principle of the Halki Seminary and also teaching as a professor at the Aristotle University of Thessaloniki in Greece.