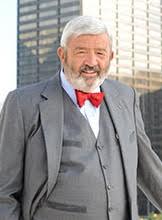 SYOSSET, NY [OCA]  The Chancery of the Orthodox Church in America announced recently that Judge E. R. Lanier of Monticello, GA has been appointed General Counsel of the Church.

Judge Lanier, who assumed his duties on December 1, 2015, has been active over the past three decades in a variety of leadership and legal positions at the parish, diocesan, and national levels of the OCA, culminating more recently in his service over the past six years as Chair of the Legal Committee of theMetropolitan Council.

In his new position as General Counsel of the Church, Judge Lanier will have oversight responsibilities for legal matters in the OCA’s central administration, which includes parishes and dioceses in the US, Canada, and Mexico.

Judge Lanier hails from North Carolina but moved to Georgia as a child.  He completed his preparatory education at Saint John’s Seminary, Montour Falls, NY, in 1962.  In 1965 he received his B.A. in History from the University of North Carolina at Chapel Hill.  Three years later, he took the Juris Doctor degree at Emory University and earned a Certificate in International Law from City of London College in England, after which he attended the Naval Justice School, Newport, RI.

Admitted to the State Bar of Georgia in 1968, Judge Lanier received his M.Sc. from Georgia State University in 1984. He was awarded the LL.M. at the University of Georgia in 2004, where his thesis addressed the history of arbitration law in Georgia. His M.A. in History from Georgia College and State University was awarded for his thesis addressing the evolution in Georgia of the constitutional principles limiting secular court intervention in church property disputes. Currently, he is completing his thesis for the award of the Master of Arts in Applied Orthodox Theology degree from Balamand University, Koura, Lebanon, offered in association with the Antiochian House of Studies, Ligonier, PA.

Judge Lanier was a colonel in the US Marine Corps Reserve.  During the late 1960s and early 1970s, he saw active duty in Europe, the US, and Asia, where he was awarded the Bronze Star Medal (with Combat “V”) for service in the Republic of Vietnam in 1969 and 1970. Returning home, he practiced law in Atlanta with the firm of Gambrell, Russell, Killorin, Wade and Forbes until he established a firm in Buckhead in the early 1970s. His affiliation with Georgia State University began in the mid-1970s when he taught as an Adjunct Instructor in the College of Business Administration, joining the full-time faculty in that college in 1977. With action by the Board of Regents to establish the Law School at Georgia State in 1981, he became active in assisting with the organization of the new school, joining its faculty as an Associate Professor of Law in fall 1982. He has been with the College of Law since that time, serving as Interim Dean during the period 1985-1986 and as Associate Dean for Development in 1986-1987. He is a Judge of the Municipal Court of Norcross, GA, and recently completed a term as President of the state-wide Council of Georgia Municipal Court Judges. Now a Professor of Law Emeritus at Georgia State University in Atlanta, Judge Lanier is also an Adjunct Professor of Law at the Savannah Law School.

Active in the fields of procedure and international and comparative law, Lanier has served in a variety of academic appointments at a number of schools abroad, including the University of Bielefeld in Germany (1978-1979); Westminster College (Oxford, England, 1983); the Ecole Superieure de Commerce de Paris (Paris, France, 1983); the University of Warsaw (2000; 2004); and the University of Linz in Austria, where he has appeared intermittently from 1992 until the present time. Judge Lanier is the Director of the Summer Academy in International Commercial Arbitration, a cooperative educational venture emphasizing international commercial arbitration, which is based at the University in Linz, Austria. In 1994, in recognition of his extensive background and activity in international and comparative law, he was named an associate member of the International Academy of Comparative Law headquartered in Paris. He was elected Chair of the Section on International Legal Exchange of the American Association of Law Schools for 2003-2004. Currently he serves on the Board of Trustees of the Georgia Legal History Foundation and is Vice-Chair of the Institute for Continuing Legal Education in Georgia. By his own admission, he is a proud citizen of the Georgia Bulldog Nation and, in his words, “bleeds Red and Black.”

Long active in the affairs of the Orthodox Church in America on the parish, diocesan, and national levels, Judge Lanier was in the 1970s an early communicant at Saint Mary of Egypt Church, Atlanta, GA before becoming active in the early years of Saint Innocent Church, Macon, GA, where he and his wife Patti are communicants. A member of the National Legal Advisory Board of the OCA in the 1990s, Judge Lanier was elected a delegate to the Metropolitan Council from the Diocese of the South in 2009 and served as a member (and later Chair, succeeding Gregory Nescott) of the Legal Committee of the Metropolitan Council. He also served as the Lay Vice-Chair of the All-American Councils convened in Seattle, Parma, and Atlanta. He was a member of the Task Force on Statutory Revision which labored on the revised Statute of the Orthodox Church in America adopted by delegates to the 18th All-American Council in July 2015, at which His Beatitude, Metropolitan Tikhon and the Holy Synod of Bishops awarded the Order of Saint Innocent Silver Class to him in recognition of his years of service to the Church.