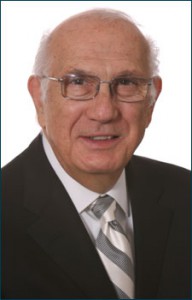 You are listed as the current leader of the Clergy Brotherhood of our Metropolis.  I have been a steward of the Parish of Saints Peter & Paul for almost 40 years.  Twenty years on the Council, three of them as President.  I served as a delegate to several Diocesan Assemblies and ten Clergy-Laity Congresses.  I stepped off the Council three years ago to make room for others to serve.  I know that our Clergy follow “church news” more than the average parishioner, and you are aware of the double-switch of our priest, Fr. Angelo Artemas for Fr. James Dokos from Milwaukee.  This switch was engineered by Bishop Demetrios, the Chancellor of our Metropolis.  You also know that Fr. Dokos has been charged with felony theft by the District Attorney in Milwaukee.  He was removed from our parish by the Metropolis.  Our Council met with the Chancellor in accordance with the UPR that provides for “consultation” between the Metropolis and the Council with respect to the assignment of a priest as our Proistamenos.  More than 400 of our stewards have signed a petition asking that Fr. Angelo be returned to our parish.  The Chancellor has responded that Fr. Angelo will never be returned to Saints Peter & Paul, and that the Council can suggest the name of any priest in the Archdioceseexcept  Fr. Angelo.  The Chancellor did not explain why he will not return Father to our parish or why he wants to remove him from this Metropolis.  Fr. Angelo wants to return.  The parish wants him to return.

I believe that you and your brother clergy — and everyone who has read The National Herald and followed the story in the press know that the Chancellor received thousands of dollars from Fr. Dokos.  The evidence acquired by the Parish Council in Milwaukee from the bank in Florida was turned over to the authorities while Fr. Angelo was the priest at that Parish.  It is apparent to me that Fr. Angelo has been singled out for retribution by the Metropolis because he failed to prevent the Council from turning over what they found to the authorities.  The Metropolis is treating him as a whistle-blower who must be punished for doing the right thing.  Is there even one among you who believes that Father should have participated in a cover-up for the “good of the Church”?

What is the position of the Clergy Syndesmos?  Is there an outcry over the persecution of Fr. Angelo from you and your brother priests? Effective leaders lead by example; they inspire their followers to follow willingly, even enthusiastically.  Leaders who try to lead by threats and intimidation always fail.  I have informed the Chancellor that the only win-win  solution for the situation that has brought our Parish into such a state of despair is for him to relent and assign Fr. Angelo to our Parish.  He should return the money he received from Fr. Dokos to the Annunciation parish in Milwaukee to which it belongs.  He will win the approval of the overwhelming majority of our stewards. He will prove that he is not punishing Fr. Angelo and his family.  He will begin the process of restoring his tarnished reputation.  Many priests have told me that the laity must speak out because as priests, they cannot.  If individual priests do not speak out because of fear of reprisals from the Metropolis then you should speak as a group.  The beginning of the end  of Archbishop Spyridon’s term as Archbishop was when over 100 priests signed a respectful letter to the Eparchial Synod asking them to act.  As Priests leading Parishes you must show the courage and moral fortitude to speak out with a single voice in support of Fr. Angelo and his family.  You and your brotherhood are facing a moral choice.  A teaching moment for your own children and those in your Church Schools.  How will you answer your children when they ask: “Father, what did you do when Fr. Angelo was being persecuted?”

I know that you and your brother priests are familiar with Dietrich Bonhoeffer, the German Lutheran pastor, theologian, and anti-Nazi dissident.  He was executed by hanging in a Nazi concentration camp on April 9, 1945 just two weeks before Allied forces liberated the camp and three weeks before Hitler’s suicide.   This Christian martyr is best known for the following quote:

Please forward this to all of your fellow priests in this Metropolis and through-out this Archdiocese.  I urge you to defend Fr. Angelo and his family.  It is the right thing to do.  It is what your parishioners expect you to do.