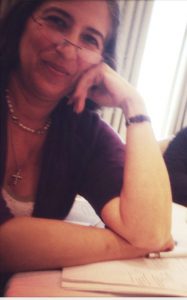 Open Letter to the Ecumenical Patriarchate, Archbishop Demetrios, the Synod of Bishops and the Archdiocesan Council – Consultation Committee;

The selection of the next Metropolitan of the Metropolis of Chicago will shape the future of the entire Greek Orthodox Church in America – for better, or for worse. There is no middle ground. There are many reasons why the “status quo” is unsustainable. This Metropolis cannot survive “more of the same”; or, a “temporary placeholder”.

An inspired selection will steer the Metropolis in new directions; rejuvenate stewardship rolls; and restore joy to the life of the Church that has been grievously wounded in recent years. An improper selection will doom this Metropolis; accelerate its decline; and start a chain of events that will negatively impact the entire Archdiocese, as well as the Patriarchate of Constantinople.

The next Metropolitan must be a loving, ethical shepherd who cares for the flock entrusted to him, both clergy andlaity alike. He must possess the temperament, wisdom and insight to engage a laity that is divided and disengaged; heal the divisions among the clergy, who espouse opposing systems of thought and theology.

The next Metropolitan must be willing and capable of confronting the influence of the Monasteries of the Elder Ephraim on the clergy and parishes of the Metropolis of Chicago, which extend their reach beyond the traditional role of monasteries as part of the Church. He must be willing to vigorously enforce the obligations of these monasteries under the Charter of the Archdiocese, or remove from them the color of legitimacy that they derive from being under his Omophorion. The new Metropolitan cannot claim to be agnostic about this critical issue, while his actions and inactions support them.

The rapid expansion and outreach of the monasteries of the Elder Ephraim has reached a critical stage. It is approaching the point of no return. The new Metropolitan of the Metropolis of Chicago will either lead the way to rein in their control or he will empower these monasteries to continue to grow, destroying our faith and our communities and creating grave geopolitical and legal repercussions.

The Eparchial Synod and the Ecumenical Patriarchate have the awesome responsibility to decide the future of the Metropolis of Chicago, the Archdiocese of America and, by extension, the Universal Church of Christ. They will “own” the decision they make, now and forever. I pray that the Holy Spirit, which is present everywhere and fills all things, will come and abide among our Hierarchs to make a selection that will be “pleasing to God” and all of His people.

Elaine Jaharis has served as a member of the Archdiocesan Council (2004-2017) and as Chair of the Committee on Youth Ministries (2012-2017). She is also a Founder of Faith: An Endowment for Orthodoxy and Hellenism and a member of Leadership 100.