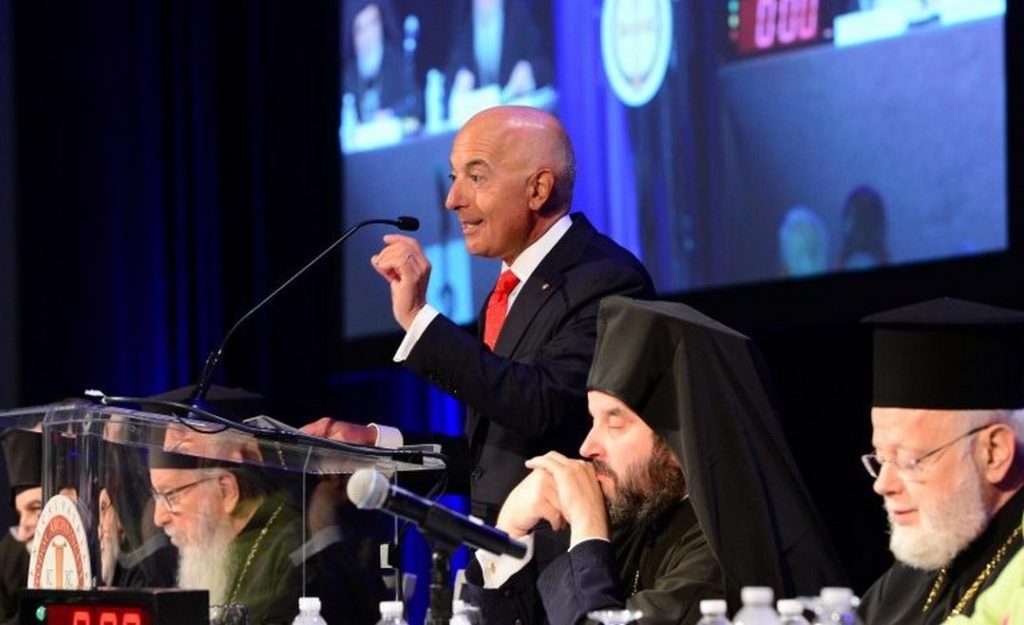 During the various discussions that took place at the 44th Clergy Laity Congress on the financial crisis of the Greek Orthodox Archdiocese, one thing that was proven beyond reasonable doubt was that for at least two past Congresses the delegates were passing fictional budgets that had no chance to ever be balanced; contributing thus to accumulating deficits that were covered by illegal transfers from restricted accounts. 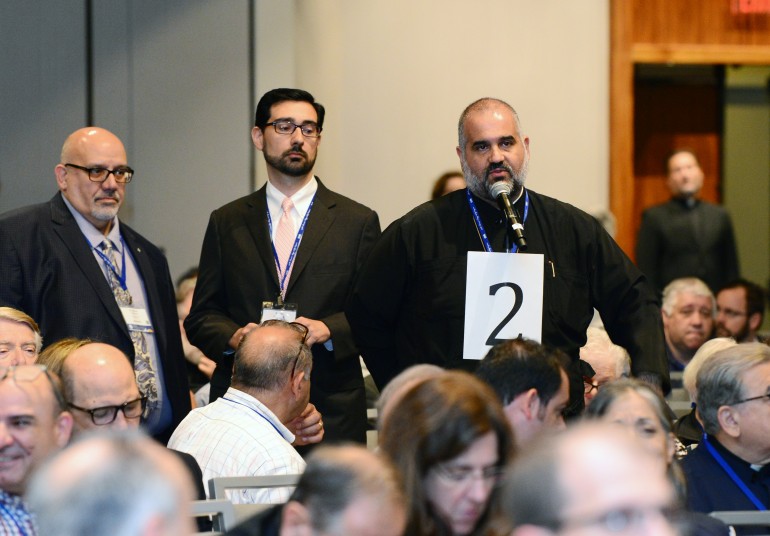 The difference between those Congress and the 44th Clergy Laity Congress is that then, people were presented with false information and their vote was based in a wrong presumption. This year, the delegates voted on the budget consciously knowing that it is not balanced. 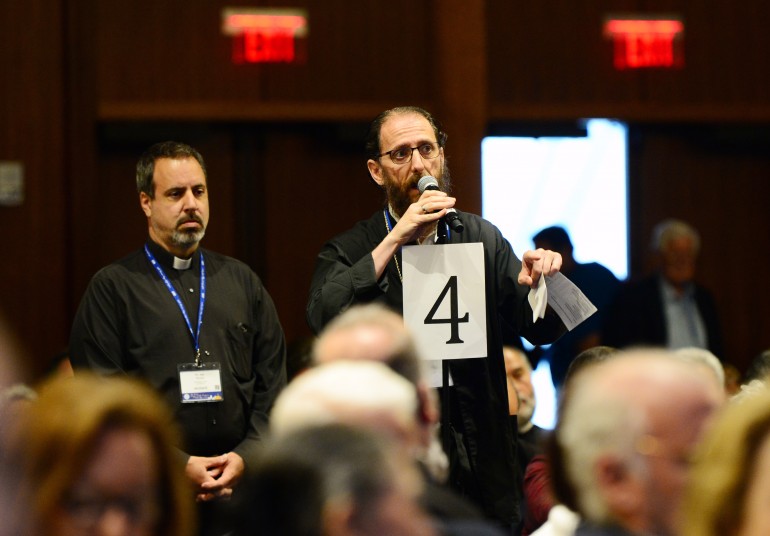 By doing that they ignored: 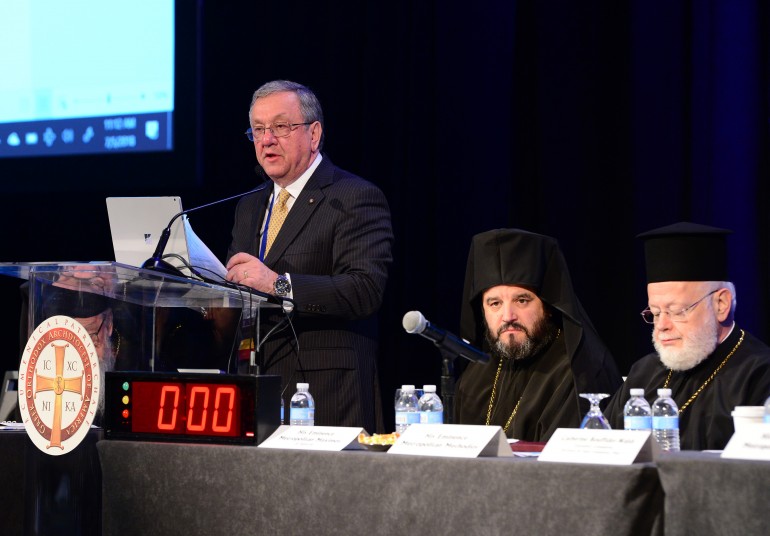 In spite all this drama, the budget approved has a deficit of at least $934,000, from additional funding of the priests pension plan and the School of Theology. A face safe vote that passed authorizes the executive committee and the Archdiocesan Council to find ways to balance the budget. The next Archdiocesan Council meeting will be in October, most likely without the Treasurer Michael Psaros. 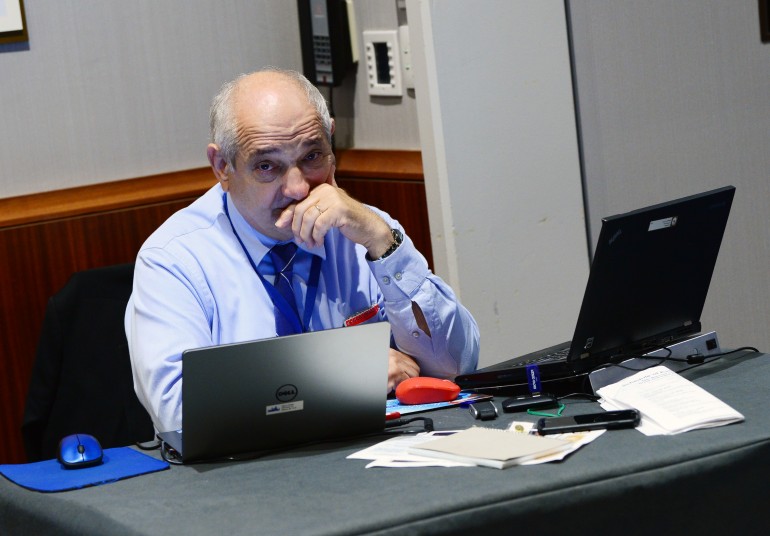 Prior the final vote, the plenary has decided to take off the budget the publication of the Orthodox Observer, under the presumption that by doing that $800,000 will be saved. The true amount is the savings will be $360,000 if the Observer shuts totally and 200,000 if it will continue the publication on line. 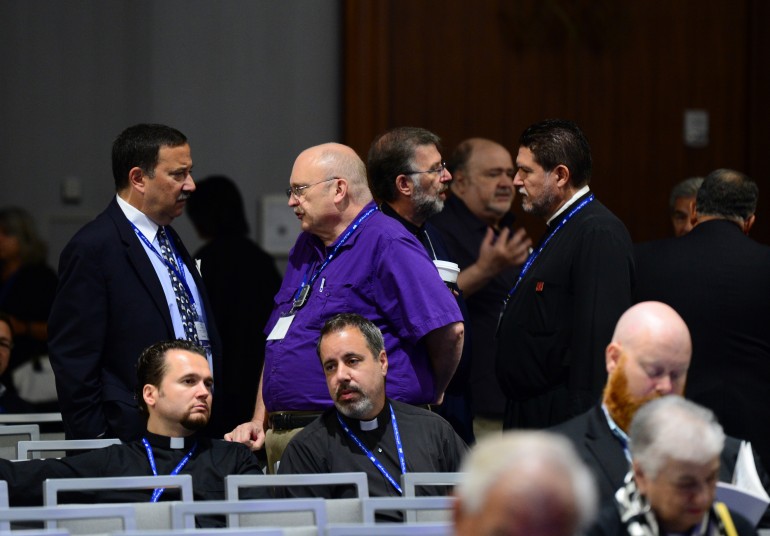 This and other proposals were recalled with the vote to authorize the executive committee to make the decisions. Few minutes earlier the Archbishop spoke on the need for the Archdiocese to have its own publication and he revealed that when last year they had to publish an issue of the Observer in order to allow its Archdiocese to present its views against attacks, there was strong resistance by some people he didn’t name. 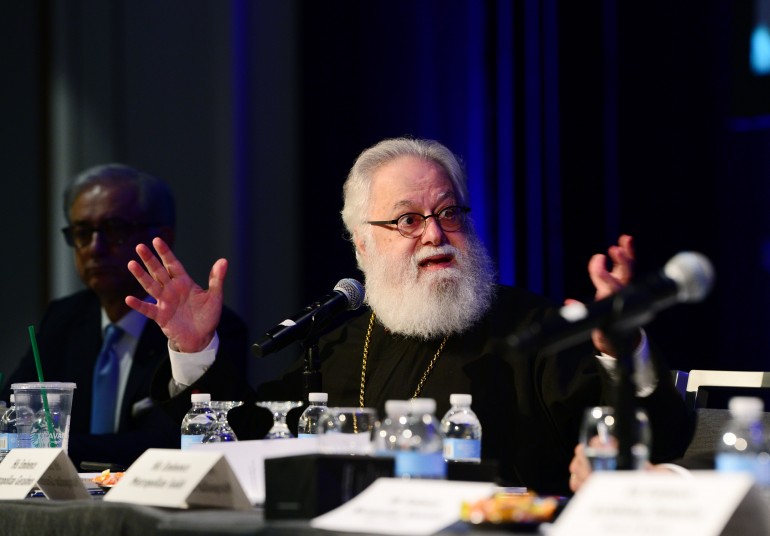 Metropolitan Savas of Pittsburgh suggested considering how funds that have been created to help the Archdiocese – like Leadership 100 and Faith – could be used for the Seminary, the Priests pension plan etc. 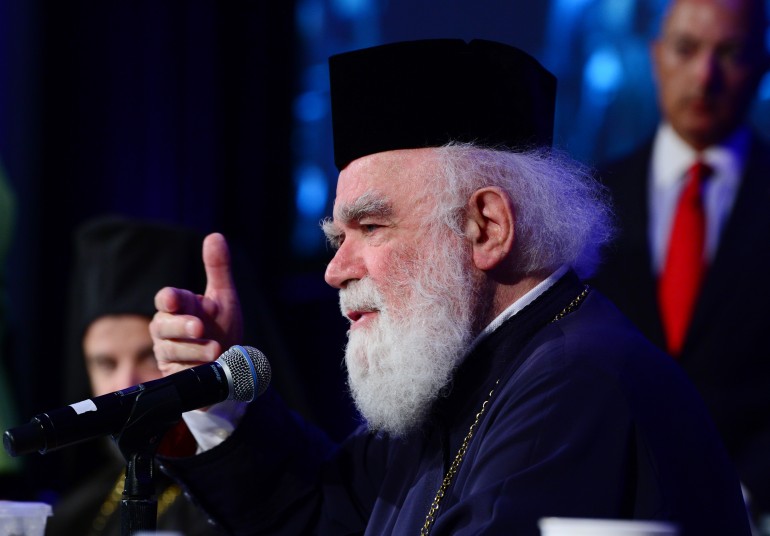 Metropolitan Alexios of Atlanta was booed when he told delegates that all that voted the previous budgets – including him – bear responsibility.

Neither the Archbishop nor the representatives of the Ecumenical Patriarch addressed the closing of the plenary, due to late time.

An ecclesiastical observer following closely the Clergy Laity Congress told the Greek News that the movement of the clergy and some of the laity had many similarities with the Libertarian ideas and the conservative elements of the Trump movement.

“These people say they respect the Archbishop and the Patriarch, but at the same time their statement is: if we have our own parish ministries, why do we need the Archdiocese? I have a feeling this libertarian attitude, ecclesiastically is pure protestantic congregationalism.” 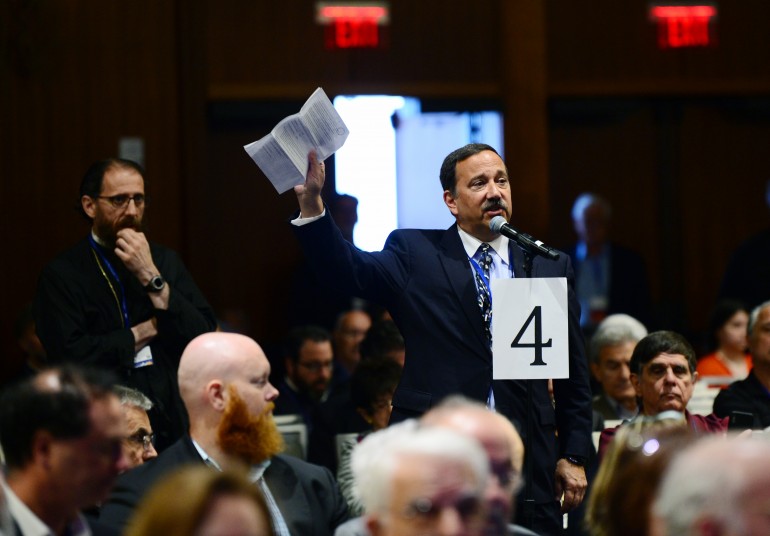 Adding to that, the Clergy Laity rejected a resolution condemning Trumps policy of separating children of immigrants from their parents. 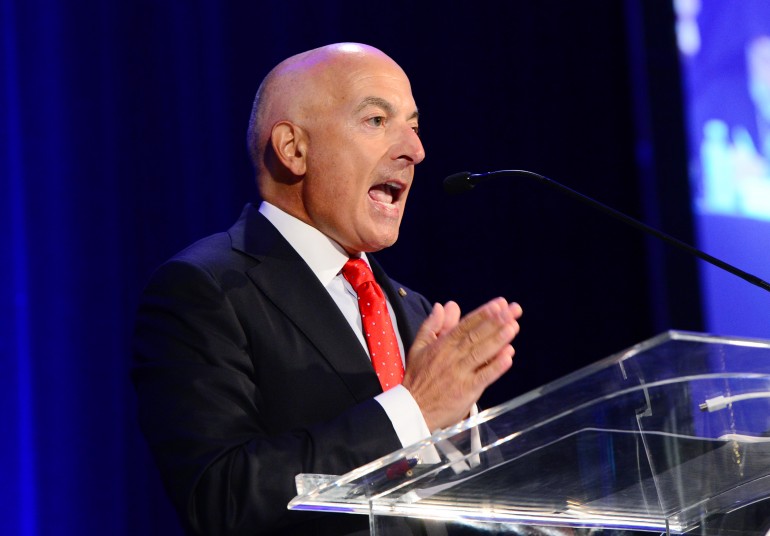 Following his announcement at the plenary, Michael Psaros offered the following interview to the “Greek News”, in the sidelines of the Clergy Laity Congress. It is certain that after the disregard of his plea by the delegates his resignation is final. 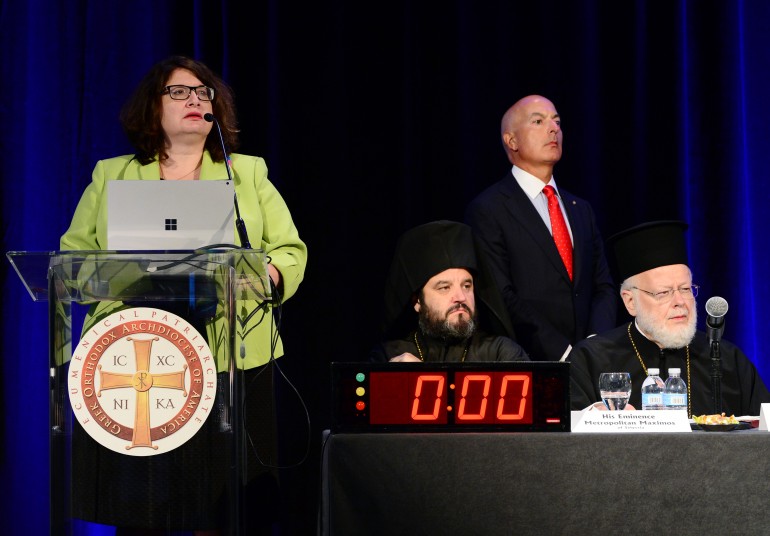 In 2018 we have a rock hard budget. That budget, with a contingency with over a million dollars, is generating two million dollars that we can use to satisfy our legacy financial obligations and the bank loan that we just took on. To come into this room – as people have done today – and to ignore all of the work, to ignore balanced budget and to just start passing resolutions regarding spending significant amounts of money, the budget for 2019-2020 is no longer balanced; and in my opinion it has destroyed our work.

Therefore, I announced today that I cannot have my name, or my family’s name, or my reputation, attached to the budget that is – at least – been discussed right now. It’s up to this Clergy Laity tochange its mind after lunch and pass a budget that is balanced, or as I said, I can no longer serve. At the expiration of my term in October I am done. I will ask his Eminence if I could limit my involvement to fundraising for St Nicholas National Shrine.

Q, If we have another deficit, what is the financial future of the Archdiocese?

It doesn’t matter if it’s the Archdiocese, a parish, a company or an individual family. We have killed ourselves to achieve a balance budget. This group (the body of delegates) has just ignored my plea in connection with the 2019-2020 budgets to continue our fiscal conservatism and our fiscal prudence. Very simply, this body has approved spending in amounts that are not supported by revenues. That is going to eliminate the surplus that we have created and that will ultimately result in a deficit.