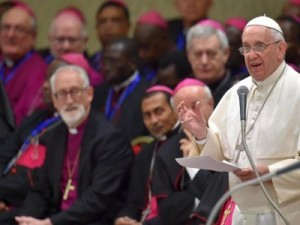 “We pray first of all for the victims, including very many civilians, and for their families, and we ask the Lord for this horrible fratricidal violence to stop as soon as possible,” the leader of the world’s 1.2 billion Catholics added.