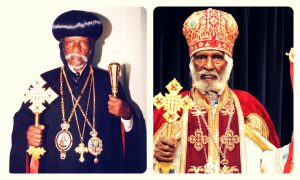 The continued detention of Eritrean Orthodox Tewahdo Church Patriarch Abune Antonios is a “clear indictation” of the Eritrean Government’s “obsessive determination to monitor, suppress and control every religious community”, according to the chief executive of UK-based religious freedom advocacy Christian Solidarity Worldwide.

Calling for his “unconditional release and reinstatement”, Mervyn Thomas this week hosed down reports that patriarch, who has been held incommunicado under house arrest since January, 2006, had apologised to the church synod and spoken positively of the government’s role in reconciling him with members of the church synod which had forced him from office in violation of canon law.

“While any genuine initiative to reinstate Abune Antonios and reconcile the church would have been warmly welcomed, the information we have received so far suggests this report has been fabricated to deflect criticism of Eritrea’s appalling human rights record by providing an illusion of progress,” Mr Thomas said.

“In reality, the continued detention of the legitimate leader of the largest permitted Christian denomination is a clear indication of the government’s obsessive determination to monitor, suppress and control every religious community.”

Noting that the Patriarch was a “severely diabetic octogenarian”, Mr Thomas said the Eritrean Government “must be held accountable for ensuring his safety and access to medication”.

“It is vital that the international community maintains pressure on the regime until every prisoner of conscience is freed without precondition, victims of human rights violations receive redress and those responsible for the grave crimes perpetrated in the country are held to justice.”

Patriarch Antonios had been resisting the government’s increasing encroachment in church affairs, had refused to excommunicate 3,000 members of the Orthodox Church’s renewal movement and had demanded the release of three prominent Orthodox priests detained without charge since November 2004 when he was forced from office in 2006 following what CSW said was a “illegally convened” meeting of the synod. In 2007, he was reploaced with a government-approved appointee who died late last year.

On 8th August this year, the Eritrean Orthodox Church in Asmara published images on its website of Patriarch Antonios meeting with a delegation of monks, scholars and government officials and a letter which claimed the patriarch had signed a letter apologising for any intentional or unintended wrongs he may have committed that led to his removal.

However, CSW said “credible sources” had cast doubt on the veracity of the claims amid suggestions the report may be a reaction to increasing international scrutiny on Eritrea’s human rights record. They quote an unnamed source as saying: “They want to show it’s a new era; then they will kill him. There is a big drama of reconciliation, then people die mysteriously. Many Eritreans have been killed like that.”