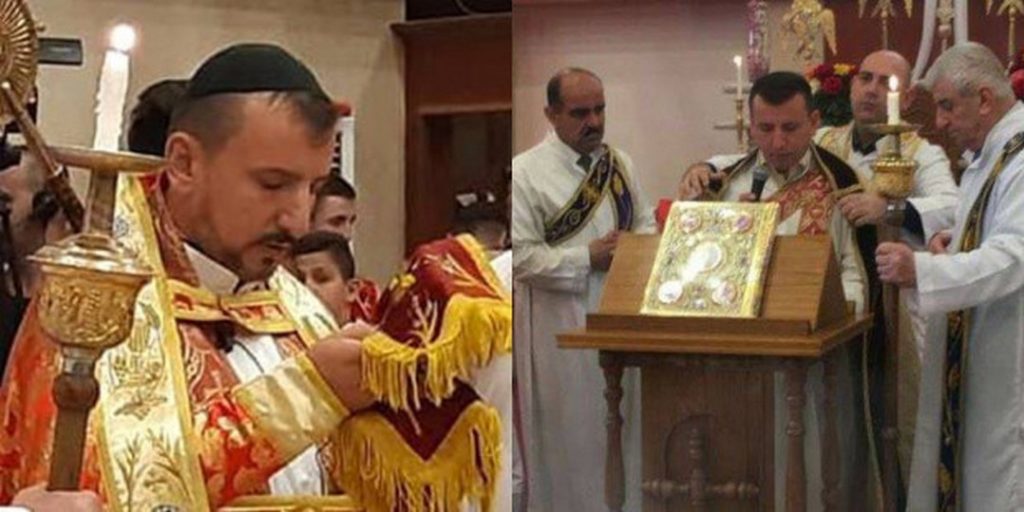 A man whose priest-father was killed by terrorists a dozen years ago was ordained a priest by the same bishop who ordained his father.

Fadi Iskander became a priest of the Syriac Orthodox Church on Sunday in Ankawa, a suburb of Erbil, inhabited mostly by Christians, according to Fides news agency.

Fr. Iskander is the son of Fr. Boulos Iskander Behnam, a Syriac Orthodox priest killed in 2006 in Mosul. He became a priest in 1989, by the hands of Bishop Gregorios Shaliba Chamoun in the Syriac Orthodox Cathedral of Saint Ephrem in Mosul. He is said to have worked particularly hard to foster Christian unity.

According to Fides, Christian communities in Mosul came under increasing pressure after the overthrow of Iraqi president Saddam Hussein. Targeted attacks were attributed to terrorist groups linked to the al Qaeda network. Fr. Boulos was kidnapped in October 2006 in Mosul, in the industrial area of Karama. Attempts to contact the kidnappers to obtain his release through a ransom payment failed. His body was found in pieces on October 11, 2006.

On July 15, Bishop Chamoun, accompanied by other bishops, also ordained his son, at the Syriac Orthodox Church of Our Lady of Light in Ankara.

Fr. Iskander will serve in the Eparchy of Byblos, in Lebanon.

The Syriac Orthodox Church traces its origins to the early Christian community at Antioch, which is mentioned in the Acts of the Apostles. Like other Oriental Orthodox Churches, it rejected the christological definition of the Council of Chalcedon (451), which asserted that Christ is one person in two natures, undivided and unconfused. According to the Catholic Near East Welfare Association, these Churches felt that to say that Christ has two natures “was to overemphasize the duality in Christ and to compromise the unity of his person.”