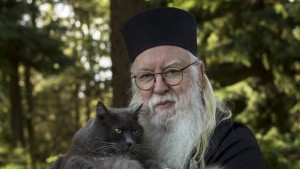 Facebook has recently begun demanding that Orthodox Christian clergy and monastics; i.e., those known as Priest, Abbot, Monk, Nun, Abbess, Brother, Sister, and so forth, cease using their ecclesiastical (church) names and use only their given names from the time of their birth.

In one well known case, Abbot Tryphon – who is known only as Abbot Tryphon among the tens of thousands of people who read his blog, listen to his podcast, read his book, and are his friends or followers on Facebook, has recently been locked out of his Facebook account (and the account for the monastery for which he is the abbot) as a result of this policy.

This is especially abhorrent given that it coincided with the start of Holy Week for Orthodox Christians around the world, a time when we especially seek wisdom and spiritual counsel from women and men such as Abbot Tryphon.

Facebook’s insistence that Abbot Tryphon use only his legal name on Facebook, a name he hasn’t publicly been known by in more than 30 years, is disrespectful to legitimate religious diversity in a pluralistic society that includes Orthodox Christians.

When someone is ordained a priest or tonsured a monk or nun in the Orthodox Christian Church, they are given a new name by which they are known to everyone in the church. This is the name they are known by among the faithful – and if their platform grows, by the world, even on Facebook. This practice has existed for more than a millenium.

Stripping our clergy and monastics of their ecclesiastical names on Facebook is a form of discrimination and denies them from expressing the truth of their authentic selves on Facebook.

We ask that Facebook seek genuine dialogue with people from the Orthodox Christian community, starting with Abbot Tryphon, to seek a mutually acceptable solution that meets the needs of the Facebook community and all who use it – including Orthodox Christians. By signing, you accept Change.org’s terms of service and privacy policy, and agree to receive occasional emails about campaigns on Change.org. You can unsubscribe at any time.