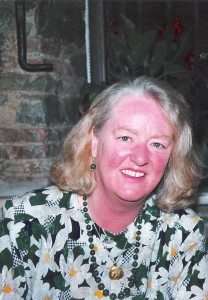 Susan Williams Haikalis, long-time resident of Berkeley, California, died on October 9th, 2019 at the age of 79. Born in Montclair, New Jersey to Richard Sugden Williams and Helen Fellows Williams. Beloved wife for close to 50 years of Peter Haikalis, PhD. Mother to Joanna (George) Graham of Berkeley and loving grandmother of Cecilia and William. Also survived by brother Richard Williams, PhD, and his wife Mary Ellen, as well as nieces, nephews, grandnieces and grandnephews and a diverse host of friends.

Susan Haikalis (BA, University of Michigan; MLSW, New York University) began her professional career as an OPD Social Worker at the Rusk Institute of Physical Medicine and Rehabilitation, New York University Medical Center. During her marriage to Peter, Susan accompanied her husband to various academic posts throughout the country, and always took advantage of each move to build her professional career as an outstanding and gifted social worker. Susan established the first Social Work Department at Riverside, (CA) Community Hospital and then in New Jersey developed an outstanding community outreach program as Program Director for the Association for the Advancement of the Mentally Handicapped in Princeton (NJ).

After settling the family in the Bay Area, Susan became the Director of Social Work Departments – first at Mt. Zion where she helped initiate HIV-related programs, and then at California Pacific Medical Center.

In 1987, Susan joined the San Francisco AIDS Foundation as Program Coordinator for HIV, assuming responsibility for some 3,000 clients. During this time, she was acknowledged to be one of the Bay Area leaders in responding to the epidemic. She gave presentations at International AIDS conferences in Durban, South Africa and Barcelona, and also served as a consultant, trainer and Co-Chair of the Advisory Committee of the NASW HIV/AIDS Spectrum Project, developing curricula and conducting workshops throughout the US.

In 2003, Susan became the Executive Director, Community Health Resource Center – a program of the Patient Assistance Foundation of CPMC, directing a not-for-profit health education and counseling center working in partnership with physicians at CPMC. Following her retirement in 2006, Susan continued her private practice and consulting activities.

Also active in professional organizations, Susan was one of the founders of Society of Social Work Leaderships in Health Care, serving as national President. She was instrumental in establishing an endowment to provide scholarships for social workers embarking on their professional careers. For a number of years, Susan also served as Chair of the Public Advisory Group on Health Care Quality of the Joint Organizations (JAYCO) and as a board member and President of the Regional Center of the East Bay. She also was a founder and first secretary of the Berkeley Public Education. In recognition of her service to the profession of social work and building HIV programs, Susan has been honored by resolutions of both houses of the California State Legislature.

She was also very active on the Board of the Modern Greek Studies Foundation, which built the endowment in support of the Modern Greek Studies Program at SFSU. Susan organized a number of fund-raising events for the Center, including a series of gourmet dinners featuring regional foods of Greece; art shows featuring the works of local Greek American artists and the 3 Muses Concerts.

From 2010 to 2013, Susan also served as national president of the Orthodox Christian Laity, an organization dedicated to spiritual renewal, transparency and accountability in church governance as well as working for the unity of all Orthodox jurisdictions in America. During this time, she served as President of the Women’s Board of the Patriarch Athenagoras Orthodox Institute (PAOI) which is a part of the Graduate Theological Institute at Berkeley.

Susan’s commitments were to her family, her church, to the profession of social work and to public service. Susan was a caring individual of great empathy, always on call to provide her professional abilities to all in need of counseling and support. She was a world traveler and enjoyed entertaining and being with her family. She also loved music and sang in Episcopal and Greek Orthodox church choirs for more than 60 years.

May Her Memory Be Eternal!!