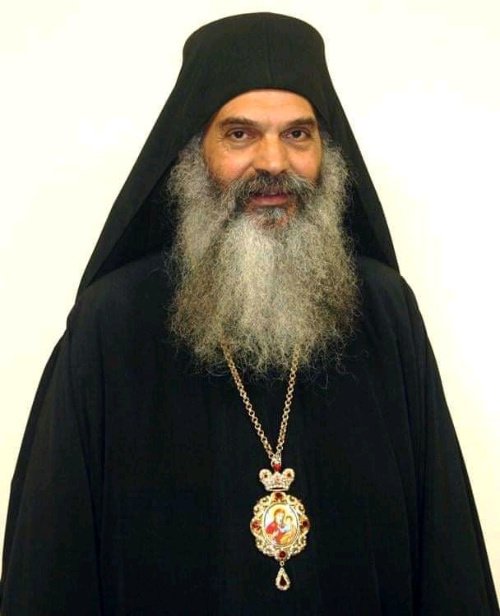 Kampala, Uganda — The cleric’s death, which occurred on 27th July, was announced on a number of Orthodox Church media outlets including the Facebook page of the Uganda Orthodox Church on 29th July.

In Nairobi, Bishop Neofit of Nyeri and Mount Kenya wrote, “Sad moment for our patriarchate of Alexandria and all Africa. Another great spiritual giant has fallen. Metropolitan Nickiphoros of Kinshasha. Very kind, humble, ascetic, less talk but great mission. Rest In Peace our dear brother and concelebrant in the vineyard of our Lord and Savior Jesus Christ. You were a walking saint on earth. Eternal be your memory.”

Before his death, Metropolitan Nickiphoros was first treated in his hospital in Congo, due to underlying diseases of the lungs and heart and later flown to Papanikolaou hospital in Thessaloniki in Greece. His transport out of Congo-Kinshasha was coordinated by the Greek Government in collaboration with the Congolese authorities, Sight has learnt.

Metropolitan Nickiphoros joins a growing list of dozens of prominent clergy who have succumbed to COVID-19 in Africa. In Uganda, more than 20 clerics have recently succumbed to the pandemic.

Metropolitan Nickiphoros was appointed to the position in charge of Central Africa by the Holy Synod on 7th October, 2010, at the suggestion of Theodoros II.

Previously, he had held several responsibilities in academia and the church. After graduating from the theological faculty of the Aristotle University of Thessaloniki in 1975, he received his doctorate from the theological faculty of the same university in 1999. In 2006 Metropolitan Nickiphoros joined the administration of the Orthodox University of Congo where he taught until the time of his death.

Metropolitan Nickiphoros was also a respected global scholar who wrote a number of scientific studies and participated in various conferences in Greece, DRC and other countries. In February, 2022, he visited several cities in the DRC including Kikwit, Indiofa and Gungu during which he laid a foundation for a new church and mission centre at Indiofa.