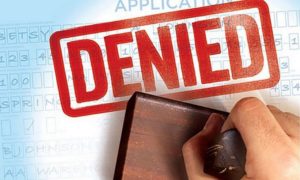 Recently, there has appeared in the media as well as in social networks information that the Greek consulate in Moscow is refusing to issue visas to Russian priests or is offering not three-year visas, as they do to tourists, but visas for only one month or even only for a few days.

The first to write about the visa problem on his Facebook page was the rector of the Moscow State University Church of St. Tatiana, Fr. Vladimir Vigilyansky. At the end of May, he received a Greek visa: His wife was given a three-year visa but he was given a visa for only one month, even though he requested a three-year visa. At the same time, he was told at the visa cent that he could not receive a three-year visa because the Greek authorities prefer not to issue them to priests “for certain reasons.” If he had requested a visa as a retiree or as a member of the Union of Journalists, then these problems would not have arisen.

Fr. Vladimir insisted that he had visited Greece before on no less than fifteen occasions and accused the Greek authorities of a “gross violation” of the European Convention on Human Rights and Freedom, as well as of discrimination. He stated that many Russian clergymen had complained that over the past six months they had encountered a similar situation–visas were issued for a maximum of one month or were refused altogether.

Another priest, Fr. Vasily Biksei from Moscow, stated that this summer he had planned to spend his vacation with his family in Greece; all of his family received visas but he was refused. At the end of July, yet one more Moscow priest, the vice-chairman of the Department of External Church Relations Fr. Alexander Aleshin was also refused a visa.

Fr. Vasily Pliska from Krasnodar told how he requested a multi-entry visa from the Greek consulate but received a short-term visa for forty-five days. Fr. Vasily wanted to visit Mount Athos, yet he was told in no uncertain terms at the visa center that if before they could give him a visa for two to three years, then now they can give one only for forty-five days. This is the decision of the Greek authorities.

We can see how these refusals to grant Greek visas to clergy of the Russian Orthodox Church are not isolated instances but have assumed a systematic nature.

From unofficial sources we learn that those who work in the Greek consulate and visa centers in Moscow have been issued a secret directive to pay great attention to people who outwardly resemble Orthodox clergymen. Thus, a beard and a soft-spoken manner have become signs of someone whose presence in Greece is undesirable.

Many clergymen of the Russian Orthodox Church travel to Greece not primarily to sunbathe on Greek beaches, but to visit the holy place of the Orthodox world located in Greece, that is, the Holy Mountain of Athos. However, in order to get there, it is necessary to have not only a Greek visa or a visa from one of the Schengen countries, but also to have special permission in the form of adiamonitirion, which is issued by the pilgrimage office for the Holy Mountain in Thessalonica. It should be borne in mind at the same time that Athos is under the jurisdiction of the Patriarchate of Constantinople, which has embarked on an open conflict with the Russian Orthodox Church. The issue of a diamonitirion depends completely upon the will of Constantinople–if it wants to issue a visa, it will do so; if not, then there is no point in convincing the office in Thessalonica. The Phanar (the area in Istanbul where the residence of the Patriarch of Constantinople is located) has decided to close Athos to pilgrims from Russia by refusing to issue a document giving permission to visit. Incidentally, these documents have not been issued to priests from Moscow for several months now. According to the time-scale, this comes at the same time as the obstacles concerning visas. Is this a coincidence? It hardly seems likely. Rather, it points towards to a secret conspiracy between the Patriarchate of Constantinople and the Greek authorities.

All this “visa war,” which started in April-May of this year strangely coincides with the appeal in April by the Ukrainian president Petro Poroshenko, the deputies of the Verkhnova Rada, and representatives of schismatic groups to Patriarch Bartholomew of Constantinople to grant autocephaly to the Ukrainian Orthodox Church and thereby create in Ukraine an “independent Local Orthodox Church,” as well as the Phanar’s resolve to begin the process of granting autocephaly. The Phanar, of course, realized that such actions would mean the beginning of a direct conflict with the Moscow Patriarchate, and then started with a “visa frontline” against Russian priests.

We may ask the question: How are the Church of Constantinople, the administrative center of which is located in Turkey, and the Greek authorities connected?

It should be noted that Greek solidarity plays an important role (Patriarch Bartholomew and the bishops, priests and flock of the Patriarchate of Constantinople are mainly Greek), supported by the authorities in Athens. An external factor should also be added, that is, that Patriarch Bartholomew and his Church are far from independent: They are an instrument in the hands of globalist forces, the center of which is the United States of America.

Discrimination in relation to clergymen of the Russian Orthodox Church (this is mentioned in the Greek media) is linked to the circumstance that two years ago one of the authors of the Ukrainian Euromaidan, Geoffrey R. Pyatt, was appointed U.S. Ambassador to Greece. Soon after his appointment he visited Mount Athos, but not on a pilgrimage; rather, he was there as on an “inspection.”

There is the suspicion that during this visit the American Ambassador openly demanded that cooperation between the Athonite monasteries and the Russian Orthodox Church should cease. We should add to this that at present in Greece there is an organized propaganda campaign against Russia and the Russian Church. Thus, recently the Greek public found out to their great surprise from a number of totally unfounded media statements that Russia was sending “spies in cassocks” to Greece.

We are forced into concluding that behind the project for Ukrainian autocephaly, which is being insisted upon by the Patriarchate of Constantinople, are American elites acting through their agents of influence close to the leadership within the Phanar. The USA is more openly showing its role in bringing to fruition the project of Ukrainian autocephaly, the aim of which is to deepen the division between Ukraine and Russia.

Constantinople, in aggressively advancing its supremacy in the Orthodox world, is acting inexcusably and brazenly, humiliating its brother bishops and priests from Russia. This policy of open discrimination according to jurisdictional allegiance leads us down a blind alley, the exit from which requires both time and great effort. It imposes upon the Orthodox Church an internal confrontation, divides and weakens Orthodoxy. It is all the sadder that what is happening is not a mistake but the conscious choice of the Phanar.

Roman Silantyev is a researcher in religion, a doctor of historical sciences, and the director of the Human Rights Center for the All-Russian People’s Assembly.