[ditty_news_ticker id="27897"] Which is the Oldest Church? - Orthodox Christian Laity

Note: This is a historical response to the recent declaration of Pope Benedict XVI who, in reference to his document “Dominus Iesus” written when he was prefect of the Congregation for the Doctrine of the Faith, stated that Christian denominations were not true churches but merely ecclesial communities. Pope Benedict referred to the Orthodox churches as having “many elements of sanctification and of truth” but were “wounded” because they did not recognize the primacy of the Pope. 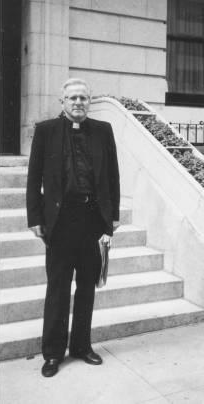 However, if you are Roman Catholic, your church shared the same rich apostolic and doctrinal heritage as the Orthodox Church for the first thousand years of its history, since during the first millennium these two churches were one in the same. Lamentably, in 1054, the Pope of Rome broke away from the other four Apostolic Patriarchates (which include Constantinople, Alexandria, Antioch, and Jerusalem). He created this break by tampering with the original Creed of the Church, thereby making the pope infallible. The idea of infallibility became a dogma of the Roman Catholic Church in the 19th century at Vatican I Council, thus separating the Church from the tenets of early Christendom.

It is not enough to claim that your church began with the Apostles, with an absolute link to our Lord, the second Person of the Holy Trinity, born in a place and time over 2000 years ago. The catholicity of your church, be it Lutheran,, the Roman Catholic, Anglican, Congregationalist, Dutch Reformed, Methodist, Mormon, or Christian Scientist, must truly identify with “Catholic.” This word is a Greek word used in the Creeds which means that your church identifies with those early communities of Antioch, Corinth, Alexandria, Jerusalem and Rome that existed more than 2000 years ago. It must include the adherence to orthodox doctrine and belief that those early communities held, and formulated later in Councils. This then should be the format for all meaningful ecumenical dialogue, in the spirit of He, who once said “that they may be one” (John 17:21).

About the Author: Rev. Dr. Miltiades B. Efthimiou is a retired priest of the Greek Orthodox Archdioceses of North and South America. He is a protopresybter of the Ecumenical Patriarchate of Constantinople. He served as Ecumenical Officer for SCOBA (Standing Conference of the Orthodox Bishops in America) and was co-convener of the “Catholic/Orthodox Metropolitan Dialogue of NY and NJ.” He holds a PhD. in Medieval History. [email protected]