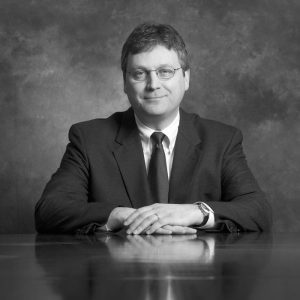 The answer to the simple question of “Who lost Chicago?” will be articulated in later years by those who care or seek the truth about the Greek Orthodox Church in America (GOA). Just as we question cause and effect to find historical context for events, there will be those who ask, “Who lost Chicago?”. Fortunately for historians and scholars there is always a “canary in the mine shaft” that foretells the future. For Greek Orthodox Americans the “canary” is the Metropolis of Chicago. What should have been “the Jewel” of the GOA, is in reality a severely handicapped and broken ministry that is hemorrhaging parishioners at an unsustainable rate.  Make no mistake about it, we are at a point of inflexion, a critical juncture for the Church and the affect it has on issues for all Greeks worldwide.

As the rest of the religious world watches, our Church plays out its future in slow motion. The masses watch the car accident unfold and hold their collective breath, hoping that we will not once again damage ourselves. When the history of the Church is examined by professionals, and committed to academic texts, the partisans who have supported a failed Hierarchy will be long gone. Perhaps only then will we know the sordid truth. For now, let me give you my observations.

In North America we have suffered through a period of a distorted and unhealthy Monastic darkness since Elder Ephraim landed on our shores. He opened his first “Monastery” here in the 1990’s. Since then his brand of fundamentalism has been sold to the unsuspecting in multiple ways. Today we find carriers of his “theology” in many Greek Orthodox Parishes in North America. His teachings on Aerial Toll-houses and other heresies have confused and caused irreparable damage. When confronted with these teachings, those in great need or in pain (i.e. the vulnerable) often embrace his dogmatic heresies and unhealthy counsels. These “victims of spiritual deceit” are easy prey. Generally, people of common sense see through this and disengage from the side show they are now witnessing from more and more pulpits where Ephraim’s adherents are now ordained clergy.

Like a “farm system” in professional baseball our Seminary continues to graduate his followers in greater and greater numbers. So, Who lost Chicago and why? Better yet, why does it matter, or, should it even matter to any of us? While many well-meaning Greeks in diaspora communities worldwide take great pride in their collective success, they are not watching nor appreciating the future. Chicago matters because it is failing and foreshadows the future of our Greek diaspora. This microcosm encapsulates the future for all of us.

Those in the community who are unaffected by this “theology”, those who are not what are now known as “Ephraimites”, see the decay and affect. They see and they feel. But it’s really what they’re doing as they react to it. They’re feeling uninspired, disillusioned, and scandalized, consequently walking away from the Greek Orthodox community. They withdraw and look for a new “normal” and “healthy” identity – after all, who wants to be classified with the Orthodox version of the Taliban? Will all of this have an impact on the entire Greek Community worldwide? It already has.

So, Who lost Chicago? First ask the Hierarchy of the Greek Orthodox Church in America. Ask them why they “manage by death” to appoint a Metropolitan. Then ask them why they have done nothing to honor the words of Michael Jaharis on the suicide death of Scott Nevins, a former novice-monk at Ephraim’s headquarters in Arizona.  He publicly stated: “We expect to take severe and appropriate action as required to remedy this existing issue – since not doing so could have long term consequences.” I guess they were more interested in honoring his money, rather than his words or thoughts.

If the Hierarchy of the Greek Orthodox Church truly cared (whether it’s in North America or the Patriarchate) then they would place the Metropolis of Chicago under a microscope. Someone would “drill down” and look at why are so many Parishes of this Metropolis are hemorrhaging stewards and why so many Parishes are on financial life support. Here too it is management by death, as Parishes wait for gifts from estates of the recently departed to cover their bills.

As we continue to see the migration of adherents from the Greek Orthodox Church for more accepted, less fundamentalist driven theology in other jurisdictions (or other denominations) it has the foreseen consequence of eviscerating our larger diaspora community. The significance of which is fewer people that are emotionally tied to what happens in Greece and Cyprus. While each country faces danger from the east, our base in North America diminishes in numbers, collective strength and resolve.

EDITORS NOTE: The author of this article served on the Parish Council of the of the St. George Greek Orthodox Parish in Chicago for nearly 22 years. While on the Parish Council he had many appointments, including Vice-President of the Parish Council, as well as legal counsel for the Parish. He was an appointed member of the GOA Archdiocesan Council having served 8 years on the Administrative Committee, in addition to that appointment he served on what was initially called the “The Monastery Task Force” and later renamed the “Monastery Review Committee”. Mr. Stotis is a retired Attorney having served as managing partner at the Chicago based law firm of Stotis and Baird Chartered. He was the Past President of Cambank a Delaware holding company that owned and operated Cambridge Bank in Illinois from 1997 until it’s sale in 2006. Currently he is the Chairman of the Board of CoreCentric Solutions Inc. a reverse logistics company with operations in North America and Asia. He is married to Anna C. Stotis, also a retired Attorney. They have 3 adult children.