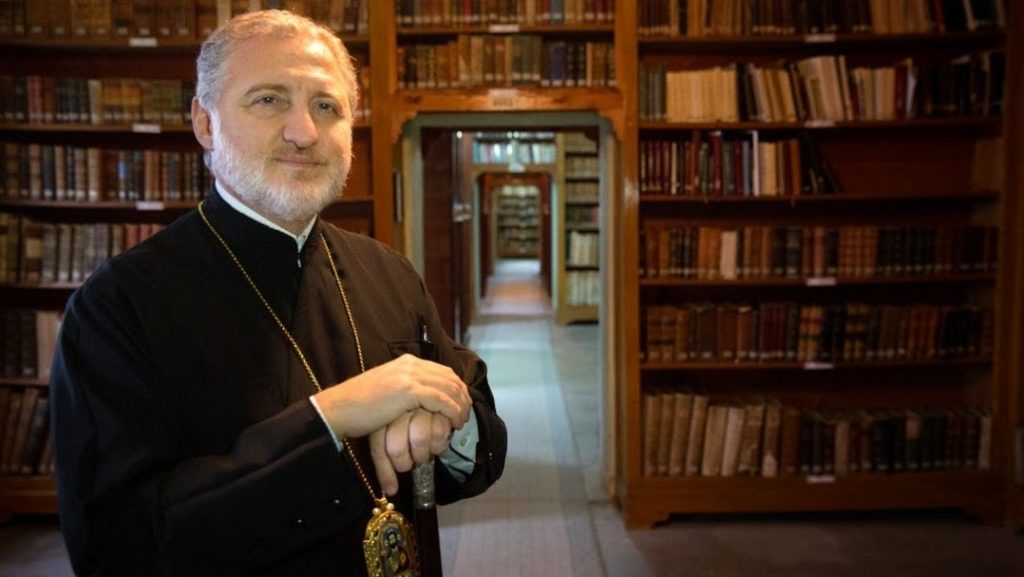 Archbishop Elpidophoros during an interview in July 2018

NEW YORK – Metropolitan Methodios of Boston, the Archiepiscopal Vicar, announces that the Enthronement Ceremony for His Eminence Archbishop Elpidophoros of America will take place at the Holy Trinity Archdiocesan Cathedral, 337 East 74th Street, New York, NY, on Saturday June 22, 2019 at 11:00 am. The Ceremony of Enthronement will be followed by an Enthronement Luncheon at 1:30 pm at the New York Hilton Midtown (1335 Avenue of the Americas).

Archbishop Elpidophoros of America will arrive in the United States on Wednesday, June 19th. In advance of his Enthronement, he will hold a series of meetings and encounters with the Hierarchs, Clergy, and Staff of the Holy Archdiocese, as well as Orthodox Hierarchs, and ecumenical and interfaith leaders.

His All-Holiness Ecumenical Patriarch Bartholomew has appointed His Eminence Metropolitan Augoustinos of Germany as His Personal Representative for the Enthronement.

A Brief Biographical Note of His Eminence Metropolitan Augoustinos follows: 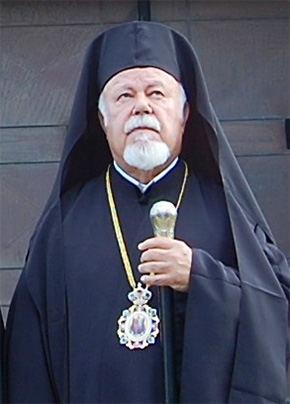 Metropolitan Augoustinos was born in 1938 in Crete, Greece, with the civil name Georges Labardakis.

Metropolitan Augoustinos holds a doctorate of theology degree; his studies of theology and philosophy commenced at the Holy Theological School of Halki. From 1956 to 1965 he pursued graduate work in Salzburg, Munster, and Berlin. From 1977 to 1982 he was a lecturer for Orthodox Theology at the Catholic Seminar of the Free University of Berlin. From 1964 to 1972 he was dean of the Greek Orthodox parish in Berlin (West and East). In 1972 he was elevated to the Episcopacy. From 1972 until 1980 he was the auxiliary bishop of the Greek Orthodox Metropolitanate of Germany, and in 1980, he was elected Metropolitan of Germany, entrusted with the souls of 450,000 Orthodox Christians.

From the beginning of his ministry, his top priorities were the bonds of friendship between Germans and Greeks, as well as the ecumenical understanding among Christians and the encounter with other religions.