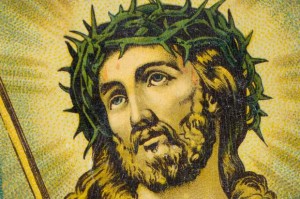 Even as they profess to spread his word, fundamentalists are forgetting Jesus’ most important message

This article originally appeared on AlterNet.

Put it this way: Godless non-church-going Denmark mandates four weeks of maternity leave before childbirth and fourteen weeks afterward for mothers. Parents of newborn children are assisted with well-baby nurse-practitioner visits in their homes.

In the “pro-life” and allegedly “family friendly” American Bible belt, conservative political leaders slash programs designed to help women and children while creating a justifying mythology about handouts versus empowerment.

In “God-fearing America” the poor are now the “takers,” no longer the “least of these,” and many conservative evangelicals side with today’s Pharisees, attacking the poor in the name of following the Bible.

So who is following Jesus?

Confronted by the Bible cult called evangelicalism we have a choice: follow Jesus or follow a book cult. If Jesus is God as evangelicals and Roman Catholics claim he is, then the choice is clear. We have to read the book–including the New Testament–as he did, and Jesus didn’t like the “Bible” of his day.

Confronted by bishops protecting dogma and tradition against Pope Francis’ embrace of empathy for the “other” we have a choice: follow Jesus or protect the institution.

Every time Jesus mentioned the equivalent of a church tradition, the Torah, he qualified it with something like this: “The scriptures say thus and so, but I say…” Jesus undermined the scriptures and religious tradition in favor of empathy. Every time Jesus undermined the scriptures (Jewish “church tradition”) it was to err on the side of co-suffering love. Every time a former evangelical becomes an atheist in favor of empathy she draws closer to Jesus. Every time Pope Francis sides with those the Church casts out he is closer to Jesus. Every time conservative Roman Catholics try to stop the Pope from bringing change to the Church they are on the side to those who killed Jesus.

A leper came to Jesus and said, “Lord, if you choose, you can make me clean.” If Jesus had been a good religious Jew, he would have said, “Be healed,” and just walked away. Instead, he stretched out his hand and touched the leper, saying, “I do choose. Be made clean,” even though he was breaking the specific rules of Leviticus. Two chapters teach that anyone touching a person with leprosy is contaminated.

In evangelical and Roman Catholic fundamentalist terms, Jesus was a rule-breaking humanist who wasn’t “saved.” A conservative bishop would have refused Jesus the sacraments. Christianity Today magazine would have editorialized against him, called for his firing, banning and branded him a traitor to the cause of Christianity.

The message of Jesus’ life is an intervention in and an acceleration of the evolution of empathy. Consider this story from the book of Matthew: “A woman who had been subject to bleeding for twelve years came up behind him and touched the edge of his cloak. She said to herself, ‘If I only touch his cloak, I will be healed.’ Jesus turned and saw her. ‘Take heart, daughter,’ he said, ‘your faith has healed you.’ And the woman was healed at that moment.”

Jesus recognized a bleeding woman touching him as a sign of faith. By complimenting rather than rebuking her, Jesus ignored another of his scripture’s rules: “If a woman has a discharge of blood for many days, not at the time her [period], or if she has a discharge beyond the time, all the days of her discharge she shall continue in uncleanness… Every bed on which she lies during all the days of her discharge shall be treated as [unclean]… Everything on which she sits shall be unclean … Whoever touches these things shall be unclean” (Leviticus 15:25).

Jesus’ un-first-century antics went beyond coddling lepers and welcoming the touch of a bleeding woman. Jesus’ embrace of a woman from an enemy tribe in a culture where tribal belonging was paramount distressed both his followers and enemies. His attitude to the “other” was as incomprehensible as if he’d blurted “ E=mc2 is the equation of mass–energy equivalence.” Even the Samaritan woman at the well knew that his actions were shocking. When Jesus stopped to talk to her, she said, “You are a Jew and I am a Samaritan woman. How can you ask me for a drink? For Jews do not associate with Samaritans” (John 4:9).

Jesus responded by attacking the preeminence of religion, tradition, dogma and group identity, offering an entirely new way of looking at spirituality by emphasizing basic human dignity above nation, state, gender or religion:

“Woman,” Jesus replied, “believe me, a time is coming when you will worship the Father neither on this mountain nor in Jerusalem. You Samaritans worship what you do not know; we worship what we do know, for salvation is from the Jews. Yet a time is coming and has now come when the true worshipers will worship the Father in the Spirit and in truth, for they are the kind of worshipers the Father seeks. God is spirit, and his worshipers must worship in the Spirit and in truth” (John 4:19–24).

“Worship in the Spirit and in truth,” is not about a book, let alone “salvation” through correct ideas or tradition. For people who call Jesus “the Son of God” you’d think they would also reject the veneration of the book he’s trapped in and church dogma that has crucified him again each time a gay man or divorced couple are refused the sacraments.

Evangelicals struggle to conform Jesus to a book, not the other way around. And the conservative bishops have aligned themselves with the American neoconservative wing of their church against not just the Pope Francis but against the emancipating logic of Jesus’ empathy time bomb. If Jesus isn’t the “lens” evangelicals and Roman Catholics read the Bible and their traditions through then whatever they say to the contrary they do not really believe Jesus is the son of God.

This article is largely excerpted from WHY I AM AN ATHEIST WHO BELIEVES IN GOD: How to give love, create beauty and find peace.