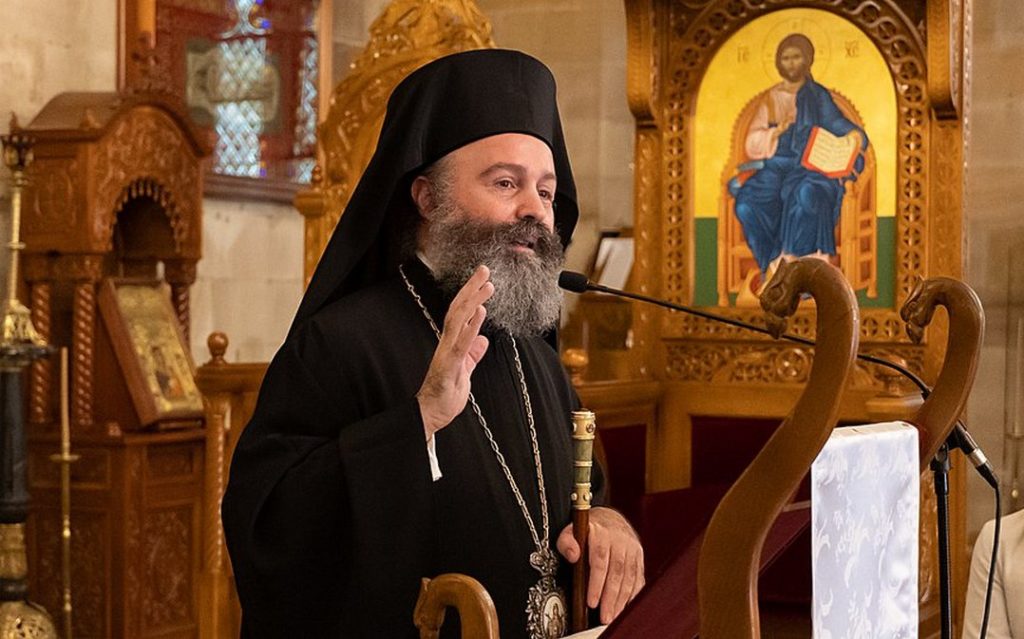 BOSTON – The Greek Orthodox Archdiocese of Australia, in an official announcement, accuses Metropolitan Joseph of Proikonnisos of “uncanonical and unbrotherly behavior” because “he is the single witness in defense of an opponent of the Holy Archdiocese of Australia (Consolidated Trust), at the Supreme Court of New South Wales.”

The issue was discussed at the 10th Episcopal Assembly of the Holy Archdiocese of Australia which took place on October 6 in Sydney under the Presidency of Archbishop Makarios of Australia. “It was unanimously decided to prepare a canonical file to submit to His All Holiness, so that it may be examined by the Holy Synod of the Ecumenical Patriarchate, in order to defend the canonical order and protect the local Church in Australia.”

In a telephone contact with Metropolitan Joseph, he declined to make substantial comments, saying simply, said that “all these are not worthy of any comment.”

TNH also contacted Archbishop Makarios of Australia. Asked about the interventions of the Metropolitan of Proikonnisos into the affairs of the Archdiocese of Australia, His Eminence said the following: “The Holy Archdiocese of Australia finds itself in litigation, at the Supreme Court of New South Wales, with a certain person, who is believed to have stolen property from the Archdiocese. The court will soon decide. However, that which provoked a grievous impression, not only on me but also on all the bishops, the clergy, and all the faithful of the local Church, is that the only witness defending the opponent of the Archdiocese is the Metropolitan of Proikonnisos. If it concerned a court case against me or against other persons, I would not pay any attention. Indeed, from time to time, I receive negative and bitter commentary from Metropolitan Joseph, either about me personally, or more generally about the efforts being made here in the Fifth Continent; but I do not hold onto these. On the contrary, I overlook them, and I pray that God will enlighten him. However, in this instance, the Metropolitan in question is testifying against the Holy Archdiocese, namely, against the institution, against the Church. This is, canonically speaking, an unacceptable act, which indicates an ecclesiastical and moral deficit. I hope the esteemed person, otherwise, a brother will come to understand his mistake and make amends. However, the matter has been referred to the Ecumenical Patriarchate and to the Holy and Sacred Synod.”

It should be noted here that the next meeting of the Holy Synod is scheduled for Tuesday, October 19.

Metropolitan Joseph comes from Siteia, Crete and has served for a number of years in Australia as a priest and also as an auxiliary bishop during the Archbishopric tenure of the late Archbishop Stylianos of Australia. He resigned in July of 2003 and he was elected by the Holy Synod of the Ecumenical Patriarchate Metropolitan of New Zealand, from which he also resigned in August of 2005. In 2008 the Holy Synod elected him Metropolitan of Proikonnisos and he currently serves as the preacher at the Metropolis of Piraeus.

The announcement of the Archdiocese of Australia regarding this matter follows:

“Repeatedly, the uncanonical and unbrotherly behavior of Metropolitan Joseph of Proikonnisos has occupied the pious plenitude of Australia. Most recently and with great sadness, we were informed by the competent authorities that Metropolitan Joseph, quite injudiciously, is the single witness in defense of an opponent of the Holy Archdiocese of Australia (Consolidated Trust), at the Supreme Court of New South Wales. This saddened and indeed scandalized the faithful people of God, even those who had known and appreciated the said Hierarch. Metropolitan Joseph, without knowing the case and without having asked for information from the Archbishop, as he should have, proceeded with an act which violates the holy and sacred Canons (14th Apostolic, the 2nd of the 2nd Ecumenical Council, the 20th of the Council of Trullo). For this reason, it was unanimously decided to prepare a canonical file to submit to His Holiness, so that it may be examined by the Holy Synod of the Ecumenical Patriarchate, in order to defend the canonical order and protect the local Church in Australia.”

The announcement also noted that that, “the fire that broke out on the 30th of September 2021, at the Cathedral of the Annunciation of the Theotokos in Sydney, caused much grief to our Archbishop, our Bishops, and the entire plenitude of the Holy Archdiocese of Australia…”

Also included in the announcement was the note that, “it was decided to celebrate the 30th anniversary, of the election of our Ecumenical Patriarch Bartholomew to the All-venerable Patriarchal Throne of Constantinople, all around Australia. Accordingly, on Friday the 22nd of October, the day of the election of the Patriarch, a Hierarchical Divine Liturgy – with three Hierarchs – will be celebrated at the Church of St. Nicholas in Marrickville, presided over by His Eminence Archbishop Makarios of Australia, at the end of which the installation service for the new Chancellor of the Holy Archdiocese of Australia –the Very Reverend Archimandrite Christophoros Krikelis – will take place.”