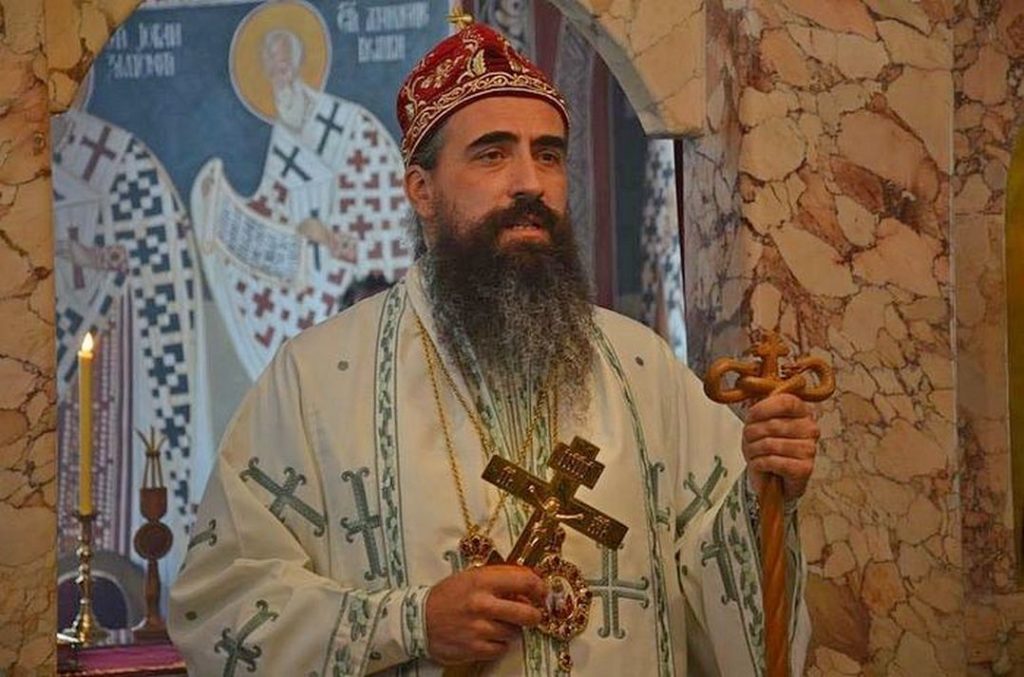 Podgorica, Montenegro – Despite strong protests from the hierarchs, clergy, monastics, and faithful of the Serbian Orthodox Church, the majority religion in the country, the Montenegrin Parliament adopted the anti-Church law “On Freedom of Religion and Belief and the Legal Status of Religious Communities” yesterday.

Large crowds of Orthodox faithful took to the streets in several cities and towns to protest the new law, which resulted in the Montenegrin police severely beating His Grace Bishop Metodije of Diokleia and several faithful with batons, reports the official website of the Metropolis of Montenegro.

“The bishop and individual believers were knocked to the ground and beaten with batons and kicked,” the site relates.

“Two worshippers who tried to protect him were also wounded. One suffered a broken hip and the other a broken collarbone,” the report continues. Both were admitted to the hospital in the town of Pljevlja.

The incident occurred on the Đurđevića Tara Bridge, located at the crossroads between Mojkovac, Žabljak, and Pljevlja.

“This act best confirmed the truth of the words of Prime Minister Marković, who said in the Assembly that the police should not use force against believers, and shows what kind of law on religious freedom was being adopted, and how free the Church and the faithful people are in modern Montenegro,” the Church site reads.

45 out of 81 Deputies voted in favor of the law. There were no “no” votes or abstentions, as the police detained all the opposition Deputies, reports TASS.

The ruling coalition rejected all amendments to the bill proposed by the Serbian Church.

The state favors the miniscule and schismatic “Montenegrin Orthodox Church” and has subjected the canonical Serbian Church to other forms of persecution, considering it hostile to the country’s independence.

According to the new law, “All religious buildings that were property of the State of Montenegro before the loss of its independence and merging into the Kingdom of Serbs, Croats and Slovenes in 1918, and which subsequently did not become the property of a religious community in the proper legal way, will be recognised as state property,” the Secretariat-General of the Montenegrin government earlier said.

The hierarchs of the Serbian Church understand the law as a means to seize Serbian property to be handed over to the schismatic “Montenegrin Orthodox Church.”