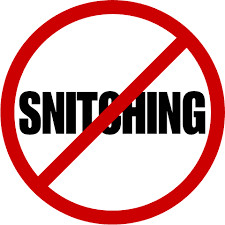 Last week, a movie opened in theatres that critics say will receive a “Best Picture” nomination at this year’s Academy Awards:

“Spotlight” tells the true story of a 2002 Boston Globe investigative team that blew the cover off of the massive child sex abuse scandal kept secret by the Catholic church.

The trailer can be seen here, and features the following text:

“To break the story, they broke the silence.”

In the trailer, a reporter states he has two stories he must decide between…one about degenerate priests, or the other about the church lawyers who tried to block all information from being investigated. These same two stories are happening right now within the Greek Orthodox Church.

Over the years, one scandal after another has rocked the Greek Orthodox Church.

Recently at our sister site, GoTruthReform.org, a lay member details more scandals in the GOA that we have not touched on, and shares comments by the faithful, who have clearly lost all trust in the GOA.

It took the media and courageous people, like those Boston Globe reporters, to pursue and expose the truth. When the truth was exposed, the Catholic Church finally acknowledged the wrongs, and released the information that had been held secret for so long.

And as the world watched this all unfold over the last decade, the Greek Orthodox Church leaders have learned nothing.

The “no snitch” code is alive and well in the Greek Orthodox Church.

The “no snitch” code is the same unwritten rule that helps violent street gangs thrive, and enables organized crime to operate smoothly.

This code appears to be the ‘modus operandi’ in the Greek Orthodox Church….from the ruling hierarchs, to the priests, to the majority of the laity, who would prefer to go to church and just “light my candle”.

We recognize and are grateful to the few brave clergy and lay people who spoke up instead of adhering to the “no snitch” code.

But what became of them?

The few clergy who have chosen to follow their moral code instead of the “no-snitch” code have been chastised or re-assigned to less desirable locations, despite their years of service and accomplishments. Those who overlook questionable behavior in the ranks are rewarded with prize parishes…even those fresh out of seminary.

We know of countless numbers of Greek Orthodox lay individuals who have left the Greek Orthodox Church because they see no hope of change. These people were at one time devout, frequent worshippers and heavily involved volunteers in the ministries of the church. They have left. They are gone. Most of these individuals would only come back if they knew church leaders were committed to addressing the major ills, and hold those who are responsible accountable.

As believers in Christian principles, what have we become?

The Greek Orthodox Church has adopted the same “no snitch” culture being used by street gangs and organized crime, to protect their own!

We have seen the “no-snitch” code of conduct at every turn with the Fr. Dokos scandal, and most recently in the Fr. Passias scandal.

What became of the ‘whistleblower’ who pleaded with church officials to intervene? He resigned – a good faithful servant who did what the Lord asks, yet the leaders turned their backs on him.

Like Bishop Andonios, The Metropolis of Chicago church leaders denied any wrongdoing with regard to Fr. Dokos, when incontrovertible evidence was brought to them. Was it because they were complicit?

What happened to the whistleblowers in the Dokos scandal?

After the Annunciation board members went to the authorities, they were criticized by Bishop Demetrios, who stated “the parish has gone rogue” according to the Chicago Tribune. Bishop Demetrios was further warned by the prosecutors in the Dokos case from further intimidating witnesses, the very Parish Board which had blown the whistle.

In addition, we heard countless members of the clergy criticize Fr. Artemas for having “turned on one of his own” in supporting the pursuit of an investigation.

We have heard from the very mouths of clergy members beholden to the Metropolis, that Fr. Artemas should have overlooked the situation given this was a fellow brother ordained in the faith.

There are undoubtedly many priests in the GOA who do not support this notion, but few if any, have spoken out against it. These priests fear retaliation in a “no snitch” culture so as to maintain their livelihood.

The above cases in point reflect situations we only know about through exposure in the media. Since these situations have been brought to light, we have been made aware of many more stories and information that have not been made public, given the fear of intimidation and consequences that will follow.

Are these truths reflective of a Christ-centered church, or are they more representative of the methods of a street gang or organized crime ring?

At this moment Chicago citizens, Christian and non-Christian alike, are demanding accountability from city officials who covered up and supported the “no-snitch” code to protect their own. As of Dec. 1st, 2015, the Chicago Chief of Police was fired because the citizens demanded accountability.

As Orthodox Christians, why isn’t our laity demanding the same accountability from the church?