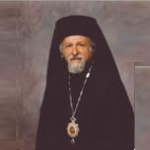 A rift in the Salt Lake Valley’s Greek Orthodox community could be further ruptured or mended as members gather Sunday to debate the governance of their church.

For the first time in two years, according to court documents, the Greek Orthodox Church of Greater Salt Lake is holding a general assembly, a democratic meeting that allows members in “good standing” to vote. The special meeting has prompted dueling mailings, rumors of a protest and even a request for a court-ordered delay.

The parish, which includes Holy Trinity Cathedral in downtown Salt Lake City and Prophet Elias Church in Holladay, has asked Salt Lake County’s Unified Police Department to provide officers at Prophet Elias to keep order. Initially, the church planned to pay for the time, but UPD has agreed to provide the service at no charge.

“We realize that it’s a volatile situation up there, and it’s a church that’s in our community,” Unified Police Lt. Justin Hoyal said. “It’s our goal to keep everybody safe, mitigate problems and, by and large, keep the peace.”

At issue on Sunday are votes for bylaws and articles of incorporation that will bring the Salt Lake church into line with Uniform Parish Regulations used by Greek Orthodox parishes throughout the nation. Opponents of the new documents, including church members who filed a lawsuit, fear that adopting the rules would cede control of the church’s finances to regional and national authorities in the Greek Orthodox Church.

A judge ordered the council to turn over a list of the church’s voting members and financial records, but refused to grant a temporary restraining order to prevent Sunday’s meeting. Other matters in the case are still being litigated.

Meanwhile, Metropolitan Isaiah, the Greek Orthodox leader for a 12-state region that includes Utah, has written to pastors of the two Salt Lake area churches, saying that plaintiffs and an attorney in the lawsuit are not to be allowed to attend the general assembly or vote.

“After they have submitted written apologies or have afforded themselves the Sacrament of Holy Confession for going to secular courts, which Saint Paul condemns (1 Corinthians 6:4-7), they will be recognized by me as faithful members of the parish,” the metropolitan wrote from his Denver office in a letter dated Nov. 16. “I am hopeful that they will exercise humility and repentance and thereby eliminate the scandal they have caused against the parish.”

Usually, if there are no ecclesiastical concerns, members in “good standing” are deemed to be those who are up-to-date with annual financial pledges to the church.

At least some of those who have been banned say they plan to attend the meeting, anyway.

“He can’t deny me my church,” said 80-year-old Jim Kastanis, of Holladay, although he said he would honor the bishop’s desire that he not speak or vote. “I feel in my heart that I am a paid member and have been in this community for some 80 years, and I don’t think I can be denied entry into my church. I’m going to go. And if they evict me, I guess they evict me.”

Nick J. Colessides, 74, said he plans to attend and vote “no” on both resolutions.

“It has nothing to do with dogma or faith. It is strictly a dispute about money,” said Colessides, a Salt Lake City attorney who is participating in the lawsuit against the parish council. “A lot of turmoil, uncertainty and strife has been created within our community. We are not holding general assemblies. Nobody’s accountable for the collection of monies and the expenditure of monies.”

The lawsuit calls for new elections by the general membership of the Greater Salt Lake church of a full 15-member parish council. Currently, the council has eight members, most of whom were appointed, not elected, to fill vacancies.

Elections already are scheduled for December, notes council member Phillip Floor, who is a defendant in the lawsuit. He said the regulations up for adoption on Sunday are a “minor bookkeeping” matter that have been mischaracterized by the opposition.

For one, he said, the uniform rules require that financial control stays with local parishes. With its meeting notice, the Greater Salt Lake parish sent out a three-page list of “myths” and “realities” about the dispute.

“It is unfortunate that some members of our community rely on scare tactics to generate support for their cause,” Floor said. “The first myth, that this is an attempt to take the [church]properties, is completely unfounded and is a fabrication.”

The Rev. Michael Kouremetis of Prophet Elias and the Rev. Matthew Gilbert of Holy Trinity did not return phone calls seeking comment on Friday.

George Adondakis, a longtime member of the church who is not on the parish council nor involved in the lawsuit, sent a mass email to fellow church members on Friday, urging them to support the Uniform Parish Regulations. He hopes it will be a “step toward peace.”

“Irrespective of your personal view, things such as having police officers present, potentially not allowing people to vote, talk of splitting the churches [into two parishes]and talk of misuse of funds are hurtful, inflammatory and embarrassing for our beloved Salt Lake City Greek Orthodox Community,” he wrote. “I am hopeful that we will all suspend our anger and mistrust and give thoughtful consideration to adoption.”

P The Greek Orthodox Church of Greater Salt Lake will hold a special parish assembly to vote on new articles of incorporation and bylaws. The assembly is open to members in “good standing” who have followed through on yearly financial pledges to the church and who are not part of a lawsuit against the church.