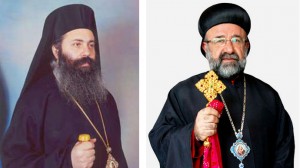 The Organization of Islamic Cooperation joined in on Saturday calling for the “unconditional” release of two Christian bishops held captive in Syria. This follows similar statements from the Greek and Russian Orthodox Churches.

Ekmeledin Ihsanoglu, the OIC secretary general, condemned the kidnapping of Aleppo’s Greek Orthodox Bishop, Boulos Yaziji, and the Syrian Orthodox Bishop Yohanna Ibrahim. The two were abducted last Monday by armed men while they were travelling to Aleppo from a town on the Turkish border where they were carrying out “humanitarian work.”

The OIC statement urged for their “immediate and unconditional release because such acts contradict the principles of true Islam and the [high]status held for Christian clergymen in Islam.” It added that Christian clergy always “lived in dignity and honor in the countries of Islam.”

Last Tuesday reports emerged the two bishops were released and were on their way to the patriarchy in Aleppo, but the Antiochian Archdiocese of North America later refuted that.

“His eminence Metropolitan Philip spoke by phone this morning to His Beaitude John X, Patriarch of Antioch and all the East, who said that these reports are false and that the release of these two hierarchs has not taken place,” the Archdiocese said on its website.

The patriarch of Moscow and all Russia Kirill the first wrote to Russian President Vladimir Putin asking him to try and ensure the bishops’ early release.

The Metropolitan Hilarion, chair of the Department for External Church Relations of the Moscow Patriarchate, also called on Tuesday for the international community to become more involved in trying to secure their release.

“We are now taking steps to find out where they are, to help them and get them early return from captivity,” said a statement posted on Tuesday on the department’s official website.

There is also an on line petition to the White House on behalf of Syrian’s living in the US calling for their release . So-far it has amassed a modest 2,335 signatures, well short of the 100,000 needed to be considered by the US administration.