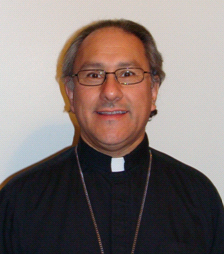 So why do 60% of our college youth leave Orthodoxy?

Last year, I attended a clergy gathering where we had several “workshops” discussing the importance of Orthodox Christian Fellowship (OCF), ministry to college students, and what I call “The 60%.” This term derives from a recent study revealing that 60% of college students never return to church after college. This sad data applies to Orthodox Christians, too. When discussing this with others, my scientific brain (I’m a former biology professor) wanted data to back up the claim. I wanted to identify the reasons why our youth leave. Bad idea! I felt like a McCain supporter at an Obama rally! No one wanted to discuss the issues. It was easier to lament about the symptoms than to address the cause(s) head on. There was also a lot of finger-pointing at those workshops; however, when you point a finger at someone, three fingers point back at you!

So why do 60% of our college youth leave Orthodoxy? This is a difficult question to answer. It requires some serious scientific investigation. In the discussion that follows, I have implemented the scientific method of which I am so familiar. After spending time making observations and asking some tough questions, I have come up with several hypotheses. Some will apply specifically to our Orthodox Church, others will apply to Christian churches in general. Most of the hypotheses are corollaries to the warning God gave in Exodus, “I, the Lord your God, am a jealous God, punishing the children for the sin of the fathers to the third and fourth generation of those who hate me, but showing love to a thousand generations of those who love me and keep my commandments” (20:5b-6). (We would do well preaching about that verse more!). Another hypothesis is related to how we educate our youth. Here are my hypotheses.

Hypothesis 1: Linguistic and cultural ghettos that masquerade as “Churches” are contributing to “The 60%”

Orthodoxy has been in America for over 200 years. Yet too often our parishes live with the notion that the Church’s primary function is to be an ethnic preservation society. Far too many people go to church not to encounter Christ, the Son of the living God, but to talk in or listen to foreign languages and eat ethnic foods. Why do we attempt to spiritually raise our children in an atmosphere of dead liturgical languages and the equally dead cultures from which they came? Gee, Toto, we’re not in Byzantium (or Tsarist Russia) anymore!

Be honest, we worship in dead liturgical languages that laity, chanters, priests, and bishops do not understand. Our insistence on using these languages is like keeping a body alive on a ventilator long after brain death has occurred. Nonetheless, we continue to offer incense to the idol of “spiritual language” while not gaining a substantive understanding from what we hear. Sure, sending our children to Arabic/Greek/Russian school might make grandma happy, but they will still be unable to understand the liturgical languages they hear in Church.

Even when we do use English, many Orthodox Churches speak in what I call “liturgical ebonics” – an old variant of Shakespearian English that uses “Thee, Thy, Thou, Thine” pronouns and archaic verb tenses. Imagine the relief our youth feel attending a non-Orthodox church service that uses proper modern English. Dost thou not get it that this silly talk edifieth not our children! Sts. Cyril and Methodius understood using the language of the people! The evangelists to the Alaskan Native American people understood it. Why don’t we?

Hypothesis 2: Enmity in our churches is contributing to “The 60%”

“Enmity” is a word that means “positive, active, and mutual hatred or ill will.” Churches are full of it! – including the Orthodox. It would be great if we hated evil, sin, and the devil; instead we hate each other. Jesus tells us that we are to love one another as he has loved us. Too often we fail. When we fail we are hypocrites. How can Johnny learn about Christian love when mom has not spoken to “that person” in the parish for fifteen years? Yes, mom says, Jesus teaches that we have to love our neighbor as ourselves and that we must forgive seventy times seven, but how dare “that person” change grandmother’s baklava recipe at the Church festival! Years ago, I stood in a food line at a Greek festival and watched two men of that parish cursing and yelling at each other while nearly coming to fisticuffs. Great witness for the Gospel, huh? Add to this parish splits, gossip, back-biting, the way personality disordered parishioners treat the priest, vituperative general assembly meetings, etc., is it any wonder that our youth flee once they are free?

Hypothesis 3: Lack of stewardship is contributing to “The 60%”

We don’t regard the Church as the pearl of great price or a treasure buried in a field. Instead we treat the Church like a street beggar. In many of our parishes, clergy and stewardship committees hold out their hands hoping (and begging) that parish families will pay their “minimum dues.” Why must I hear of parishes with hundreds of families that by mid-year don’t have enough money to pay the electric bill or the priest’s salary? Why must I hear about priests and their families who are expected to live in substandard housing, send their children to substandard schools, drive junk cars, and depend on food stamps? This is scandalous! Even worse, this is oftentimes expected by parishioners who are quite generous to themselves. Why do churches depend on endless fundraisers and festivals for income? The answer to these questions is simple: Too many parishioners do not value the Church. Once the message that the Church is valueless is internalized by our youth (don’t be fooled, it is internalized), they will eventually turn their back on the Church. Our children will seek something of more enduring value as determined by family and society. Isn’t that frightening?! We must pass on to our children, by our example, the principle that the Church is worth the stewardship of our time and talents above all else.

Hypothesis 4: Failed models of Christian education are contributing to “The 60%”

With all due respect to those that have worked so hard in Christian education, it is time we admit that our Protestant-derived models of Christian education have failed. Like us, the Catholics and Protestants also have their own 60%. If the current model for Christian education doesn’t work for them, it will not work for us. Christian youth come out of years of Sunday school and still don’t know the basics of their own faith. I know of students educated in Catholic schools that think the Holy Trinity is Jesus, Mary, and Joseph! I know Orthodox Christians who think that the Holy Trinity is God, Jesus, and Mary. An organic living knowledge and internalization of the Orthodox Christian faith cannot happen in 45 minutes on a Sunday by cutting and coloring paper doll clergy and iconostases. There was no Sunday School in the early Church and yet families – parents and children – were martyred together bearing witness to the Christian faith (read the life of the early second-century martyrs Sophia and her three children…if you dare). Perhaps a radical re-thinking and new approach to Christian education needs to be developed by those who specialize in the field.

Hypothesis 5: The lack of a personal relationship with Jesus Christ is contributing to “The 60%”

The Church is like a fig tree with lots of leaves. The leaves are things we get passionate and obsessive about – icons, facial hair (on men), chanting, vestments, ethnic nationalism, calendars, choirs, rants about ecumenists and liberal deconstructionists, spirituality, pseudo-spirituality, and all the rest of the fodder that one can find on “Orthodox” blog sites. However, if the tree doesn’t bear fruit then it is doomed to whither. I am going to be bold and identify the “first fruits” of the Church as a personal relationship with Jesus Christ. Some people might think that sounds a bit “Protestant,” but in fact it is entirely Orthodox. Our relationship with Jesus Christ is so deep, intimate, and personal, that He feeds us with this very own Body and Blood in the Eucharist (beginning for many of us when we are babies). That “first fruit,” that intense personal relationship with Christ, should then yield the fruits of repentance and spiritual growth in the lives of every Orthodox Christian. If we are unable to bear these “first fruits,” our youth and our Churches will wither.

What is next? In the scientific method, after making observations, asking questions, and developing a hypothesis comes experimentation where the hypothesis is rigorously tested. In this short article, I have only gone as far as formulating some hypotheses concerning “the 60%.” To go any further will require specialists in the Church to do the experiments and analyze the data. When all this is done, the conclusions will either support or reject the hypotheses. If, however, the appropriate studies do support the hypotheses, how will the Church respond – with action or apathy? The Lord says, “Repent, for the kingdom of heaven is at hand.” Repentance starts with self-examination – I am calling for the Church to do just that here and now. If it is determined that something is wrong, then true repentance requires a change. If we respond with apathy, then the 60% phenomenon will continue and our sins will continue to be visited upon our children generation after generation until the Church is no more. If we respond with proper action and change based on love, prayer, grace, self-sacrifice, and joy, then Christ and His Church – the very kingdom of heaven – will be a seed planted in the good soil of our children’s hearts and souls that will grow and bear fruit one thousand-fold until “the 60%” is no more.