The funeral of Padilla Cadis, the murdered widow of the head of Jaffa’s Christian community, June 8, 2018.Tomer Appelbaum

The suspects in last week’s murder of the widow of the head of Jaffa’s Christian community are her daughter and her partner, it was revealed on Thursday, after the court released the suspects’ names for publication.

Police suspect the two – Tracy Cadis and Amir Marmesh – both 18, murdered Padilla Cadis because she objected to their relationship.

Padilla Cadis, widow of the late Gabriel Cadis – who was head of Jaffa’s Orthodox Church Association – was stabbed to death last week, six years after her husband’s murder. 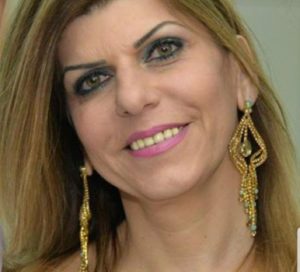 Padilla Cadis.Courtesy of the family

Cadis and Marmesh met in the Jaffa high school they both attended. The mother objected to the relationship among other things because Marmesh is Muslim and the Cadis family is well known in Jaffa’s Orthodox community.

Police suspect Tracy Cadis left the house door open to allow Marmesh to enter and stab her mother to death. Marmesh was arrested on the night of the murder and Tracy was arrested the following day.

Their lawyers said the two, who have no criminal record, deny any involvement in the murder.

Police last week gathered footage from security cameras in nearby houses. Cadis’ house itself is well-covered by cameras and neighbors said it is equipped with an alarm system. After the murder it was reported that there were no signs of breaking and entering, which led the police to suspect the murderer knew the house. 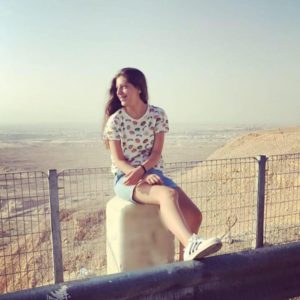 Apart from Tracy Cadis, the murdered woman has three children.

“There are no words to describe the pain and the anger,” said Peter Habash, a friend of the family and an activist in the town’s Orthodox Church Association. Since her husband’s death, he said, Padilla kept her distance from all public activity and cared only for her family. There was no sign recently that she was threatened or afraid of anything.”

“It’s already dangerous to be a woman – not only in Jaffa but in the entire Arab community. Only an animal could have committed this murder,” said Cadis’ neighbor. A relative of the murdered woman added that, “there are no words to describe this debacle.”

“She was a good woman who was traumatized,” says another neighbor. “This is a sad and shocking story. In the past, they would have never dared to raise a hand on a woman, but today, they can kill a woman with impunity. That goes not only for the police but for the Arab population: Why are there weapons? Why are there drugs? Where is the education? It’s shocking,” she added.

“She was an amazing woman. This is a very respectable and modest family,” said another woman who came to comfort the family.