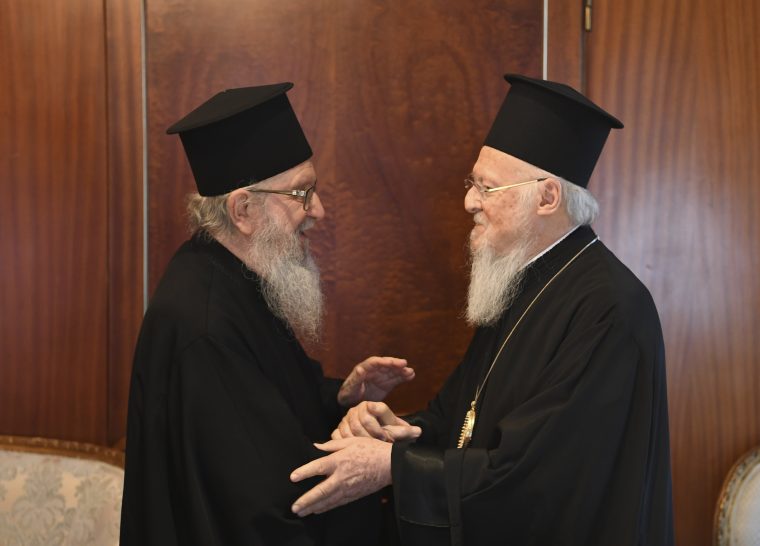 The first time he was asked to resign was almost 20 months ago. Since then, there were at least two more requests by Ecumenical Patriarch Bartholomew.

But he refused. He did everything he could to dodge it. To gain time.

But to what end?

No one is pleased with the situation that has been created in our Archdiocese – no one was happy to see the agony experienced by the Archbishop as the situation unfolded, or the pain of his ultimate resignation.

There was, unfortunately, no other way out of this drama. There was no solution other than resignation from the moment the Archdiocese went bankrupt.

Not that before that reality became clear the situation was as rosy as he was presenting.

The bankruptcy, however, constituted the undisputed proof that the situation under Demetrios was tragic, for the Archdiocese, and the Greek-American community generally.

Bankruptcy was the end of an era. And the beginning of another.

However, a new beginning required the emergence of a new leadership, and that was something that Demetrios did not want to accept. That’s because he probably never felt himself responsible for what had happened, but blamed others. Others who are no longer alive to be able to defend themselves.

The Church had entered into an existential danger, with clear and serious issues that must be addressed: that the community had lost the trust of the leaders of the church; that the people, especially the young, are distancing themselves from it; that the money contributed by the people has yet to be accounted for; that the reputation of the community has been damaged – in America and internationally.

So, what was the point of the waste of 20 months? Whom did it serve? What is it that can happen now that could not have occurred before?

It is likely that these words will sound harsh to a man of Mr. Demetrios’ age.

We have no such intention. On the contrary, we have always recognized his cultivation, his education, and his intellectual standing. No, the matter is not personal. It regards the best interests of Hellenism in America.

Now, after the resignation of Demetrios, the most critical moment has arrived for Mr. Bartholomew’s Patriarchy.

He now has the opportunity to correct mistakes of the past. To make a new beginning. To choose a new Archbishop who will inspire the community. Who will win their trust. Who will reorganize the Archdiocese and the Church – from the bottom up.

This is what is needed.

And the Patriarch himself must ask the new Archbishop to make a full and transparent financial accounting, so that the community can learn where every dollar went. Both regarding the Archdiocese’s money and the construction of the Saint Nicholas Church.

That is the only way there can truly be a new beginning.