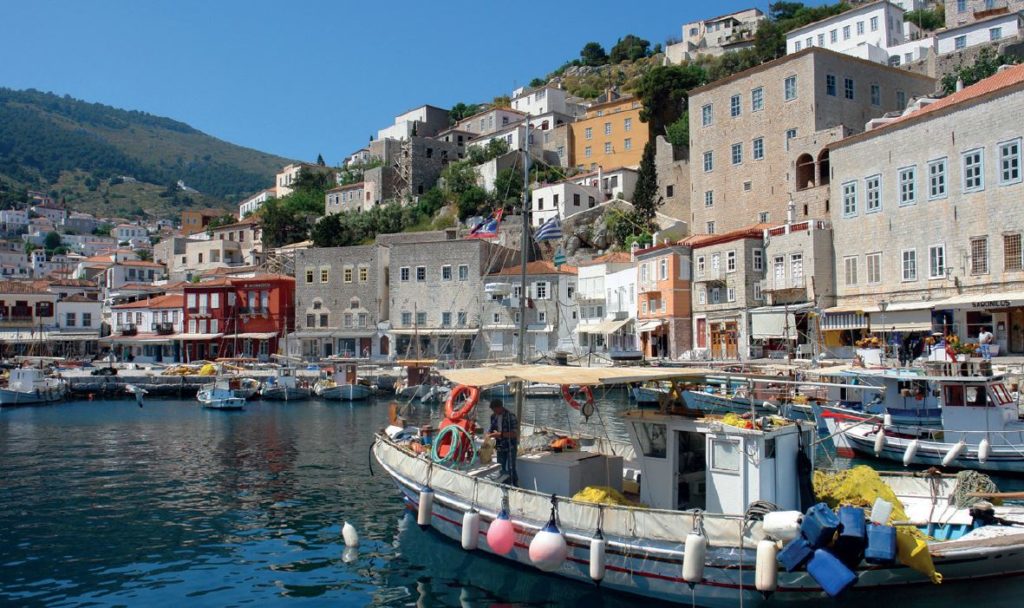 This international ecological symposium organized by the Ecumenical Patriarchate will convene theologians and scientists, political and business leaders, as well as activists and journalists from all over the world. Participants will explore the pressing environmental problems of the region and its islands, examining the connections between ecology and economy, particularly in the context of pressing social and environmental challenges of our time. 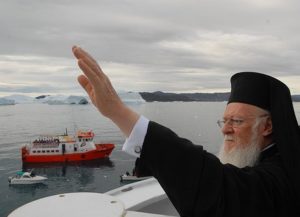 We are delighted to announce an international ecological symposium entitled “TOWARD A GREENER ATTICA: Preserving the Planet and Protecting its People” to be held in Athens, Greece, from June 5-8, 2018. The symposium is sponsored by the Ecumenical Patriarchate. The President of the Hellenic Republic will be in attendance at the opening session of the symposium, which will assemble some 250 distinguished governmental, environmental and religious leaders.

As you are already aware, over the last three decades, the Ecumenical Patriarchate has highlighted the religious and spiritual roots of the ecological crisis, while emphasizing that the necessary spiritual transformation of human beings and their attitude toward creation requires the collaboration of all social sectors and scientific disciplines. Moreover, we have pioneered diverse international, interdisciplinary and interfaith initiatives for environmental sustainability, organizing symposia, seminars and summits, while inspiring and motivating theologians and scientists, political and business leaders, as well as activists and journalists from all over the world. This is why we were personally involved in the process leading up to the historic Paris Agreement adopted in December 2015.

Therefore, the Ecumenical Patriarchate is organizing this symposium in order to explore the pressing environmental problems of Greece, examining the connections between ecology and economy, particularly in the context of pressing social and environmental challenges of our time. The symposium will also consider the consequences of forced migration in light of the hospitality extended by the government and people of Greece to refugees from the Middle East and Northern Africa. Our aim is to affirm a collaborative response to the ecological crisis, while advocating for a sustainable planet as a sacred legacy for all people and especially our children.

His All-Holiness is as comfortable preaching about the spiritual legacy of the Orthodox Church as he is promoting socio-political issues of his immediate cultural environment and praying for respect toward Islam or for global peace. The Patriarch’s consistent vision to promote reconciliation among Christian churches, his tireless efforts to promote human rights and religious tolerance, together with his pioneering work to advance international peace and environmental protection, have placed him at the forefront of global visionaries as an apostle of love, peace and reconciliation.

Moreover, His All-Holiness has visited many Orthodox and particularly Muslim countries seldom visited by worldwide Christian leaders. Since the 1990s and especially after the tragedy of September 11, he has tirelessly addressed the specter of international terrorism and the importance of interfaith dialogue. To this end, he organized a series of conferences on religious tolerance in Berne (Switzerland) and Istanbul (Turkey) and Thessaloniki (Greece), publishing influential declarations against extremism, violence and war in the Balkans, the Middle East and throughout the world. One of his favorite catchphrases is: “War in the name of religion, is war against religion.” For these achievements, in 1997, he was awarded the Gold Medal of the United States Congress.

Affectionately known as the “Green Patriarch,” His All-Holiness has been a trailblazer on the issues related to the protection of the natural environment, organizing numerous symposia, summits and seminars on the ecological crisis. He was named one of Time Magazine’s 100 Most Influential People in the World for “defining environmentalism as a spiritual responsibility,” while The Guardian in London recognized him as one of the world’s leaders in raising environmental awareness.

As “first among equals” within the family of Orthodox Churches, the Ecumenical Patriarch has facilitated and coordinated unity among the sister Orthodox Churches throughout the world. In June 2016, he convened and presided over the long-awaited Holy and Great Council, which had been planned and prepared for almost one century. His All-Holiness has also presided over the restoration of the Autocephalous Church of Albania and the Autonomous Church of Estonia, proving a constant source of spiritual and moral support to those traditionally Orthodox countries emerging from decades of wide scale religious persecution behind the Iron Curtain.

The Ecumenical Patriarch studied at the Theological School of Halki in Turkey (1961), the Pontifical Oriental Institute of the Gregorian University in Rome (1966), the Ecumenical Institute in Geneva (1967) and the University of Munich (1968). He holds numerous honorary doctorates throughout the world, including the universities of Athens and Thessaloniki (Greece), Georgetown and Yale (USA), Flinders and Manila (Australasia), London and Edinburgh, Louvain and Bologna, Moscow and Bucharest (Europe). He speaks contemporary Greek, Turkish, Italian, German, French and English; he is also fluent in classical Greek and Latin.

We are deeply grateful to our generous sponsors:

To our gracious local hosts:

And to our numerous institutional and individual contributors: