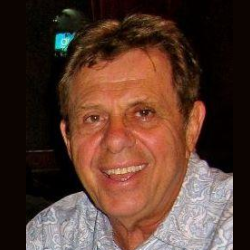 The Orthodox Christian Church is in the Paschal Season.  Having attended the many services of preparation for the Resurrection of Christ and as we await Pentecost, we know that the Holy Spirit is present everywhere and that brothers and sisters must dwell together in unity, which is the Christian norm.   During this season, we must continue to pray that the Assembly of Canonical Orthodox Bishops finds the humility to move ahead with their work of developing the blueprint and foundation for a unified Church in the United States.  We must pray that the working committees keep moving ahead.  We must pray that the September Meeting of Bishops will be productive.  We must try to support the work with donations.  We need to inform ourselves of the progress by checking out and offering comments to the Assembly website: www.assemblyofbishops.org . Study the background leading up to the Assembly on the archives of OCL at http://archive.ocl.org/?id=18027 and at http://www.assemblyofbishops.org/about/assembly-timeline.

This is urgent business on our part.  Why?  I was recently sent an article written in the Orthodox Observer, October 2002, reporting on the International Conference on Orthodox Churches and Pluralism held at Holy Cross School of Theology on October 5 of that year.  Archbishop Demetrios was a participant.  The Very Reverend George Tsetsis represented the Ecumenical Patriarch at the World Council of Churches and was also a participant.  He called upon the Church to take an active role in resolving ethnic conflicts.  “We are today the powerless witnesses of the end result of …fragmentation,” he said. . . . “When the Orthodox Church not only cannot speak as a single body but, even worse, is unable to convoke its Great Council that “has been in preparation for 41 years now.”  That was ten years ago, so now it has been in preparation for 52 years.

We all need to be vigilant at the historical crossroad that we are all a part of by working together to make the work of the Assembly of Bishops meaningful, a model for unity, and a catalyst to bring about the  convening of the Great and Holy Council.  The Holy Church of Christ seeks the unity of Orthodox Christianity so that it can provide a proper response to our global and fragmented world.